Mexico City ePrix winner Lucas di Grassi reckons his epic triumph on Saturday at the Autodromo Hermanos Rodriguez was the best race of his career in the all-electric series.

The Audi Sport driver defeated an energy drained Pascal Wehrlein at the checkered flag, having hounded the Mahindra driver for all his worth in the closing stages of a race that had the Mexican crowd on its toes from start to finish.

"I have to say, [it was] probably the best Formula E race of my career today because it was a mixture of having the patience to save energy in the beginning," said an elated di Grassi when all was said and done.

"Then because it was difficult to overtake, I had to make the moves in the correct moment. I managed to overtake Rowland when he went into attack mode [on lap 35 of 45]."

Indeed, after getting the upper hand over the Nissan e.dams driver, di Grassi hounded down Wehrlein but found himself fighting a man desperate to defend his position at all cost despite his fast depleting energy level. 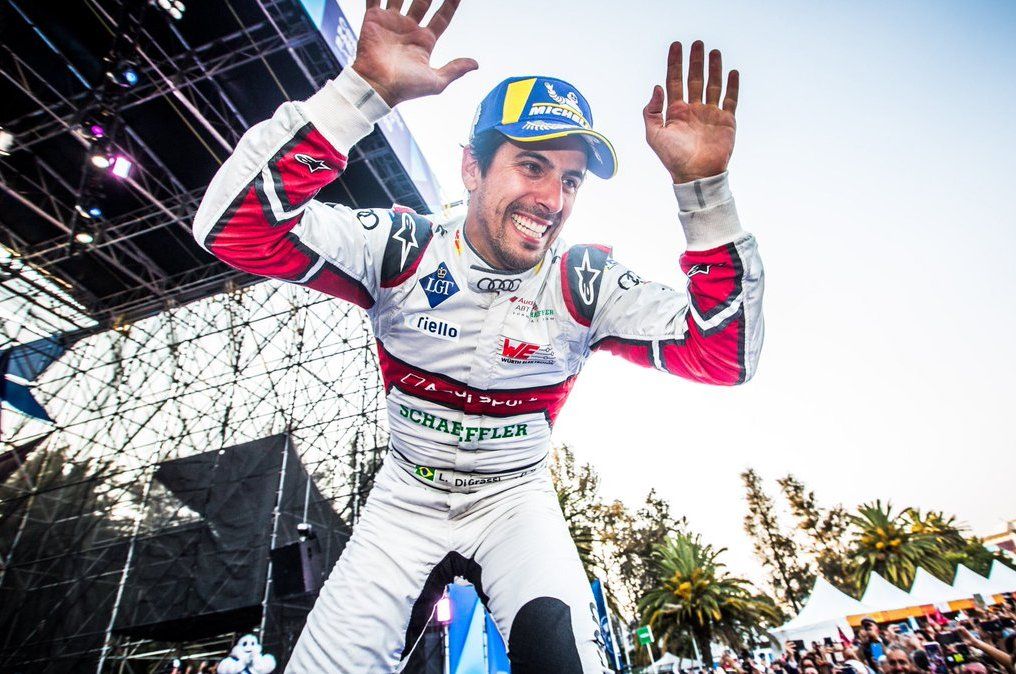 "I knew he was running out of energy. I was putting pressure on him, trying to overtake him all of the last five laps," added the Brazilian.

“And then, in the chicane coming out of Turn 3, I could see every corner he left he was defending, closing the door, and was going to the outside.

"On the last lap I was behind him and pretended to go to the outside and he left a door, a door small enough to go down the inside between the wall and the kerb and I went there.

“I went side-by-side with him and then he cut the chicane [at Turn 4]. Probably he would get a penalty anyway, but that was the move [that was key].

"After that he was closing the door, Antonio [da Costa] was coming behind so I had to look in the mirror and try to overtake him so it was a crazy last lap.

"Then on the start/finish line I closed and at the last corner he was closing the door, I went side close to the wall and managed to win it. I couldn’t believe it!"

It was one crazy race folks, check out the video of the race's best moments here.