Fernando Alonso looked like he was stepping away from Formula 1 for good when he announced his decision to retire from the sport at the end of 2018. Or for one year at least, while he focussed on his FIA World Endurance Championship campaign and his bid to win the Indianapolis 500.

But just a few months after his apparent departure, Alonso is already back in the F1 paddock this week, watching pre-season testing at the Circuit de Barcelona-Catalunya.

He also revealed that he would be taking the new MCL34 for a few outings this year as part of his new role as McLaren's motorsports 'ambassador', as well as providing further services to the team in 2019.

“At the moment, as I said last year, I feel at the peak of my career," he told the media in Spain when asked why he was so keen to get back behind the wheel.

“I feel very good now, very competitive in any car that I jump in," he said.
"Probably being at home is a waste of time and possibilities for everyone.

“I'm stronger than ever now, at 37," he insisted. "Physically, mentally, and the background that you have in different categories and different driving styles.

"I'm doing different, iconic races now. I feel in the best moment of my driving career, so I hope to win as many races as I can.

“I will keep going for a couple of years and select what races can make an impact on my career and impact on everything, race those.

“I have my commitments with racing, with the WEC calendar and the Indy 500, so especially the first half of the season it is going to be very busy for me."

Those commitments meant that he wouldn't be attending every Grand Prix this year, but he acknowledged that it was important for him to remain in touch and stay current with the sport if he ever wanted to come back full time.

"If one day Formula 1 again arrives at the moment when I can be competitive, and I can eventually be winning, I can't be relaxed at home at that moment.

“I need to keep updated, and the best way is to be involved somehow," he said.

Having Alonso's input into the car's development will certainly be a boost for McLaren, given that both of this year's drivers are new to the team. Carlos Sainz is newly arrived from Renault, while Lando Norris will be undertaking his maiden season in F1 after acting as the team's development driver in 2018.

But having Alonso's feedback will provide the team with continuity and a benchmark to ensure that things are going the right way. And he's taking it seriously, even when his other racing commitments take him away.

“If I'm not present at the circuit it's going to be a link via email or video conference, or at the McLaren Technology Centre in the simulator, or in the debriefs," he explained. "It's still going to be quite relevant." 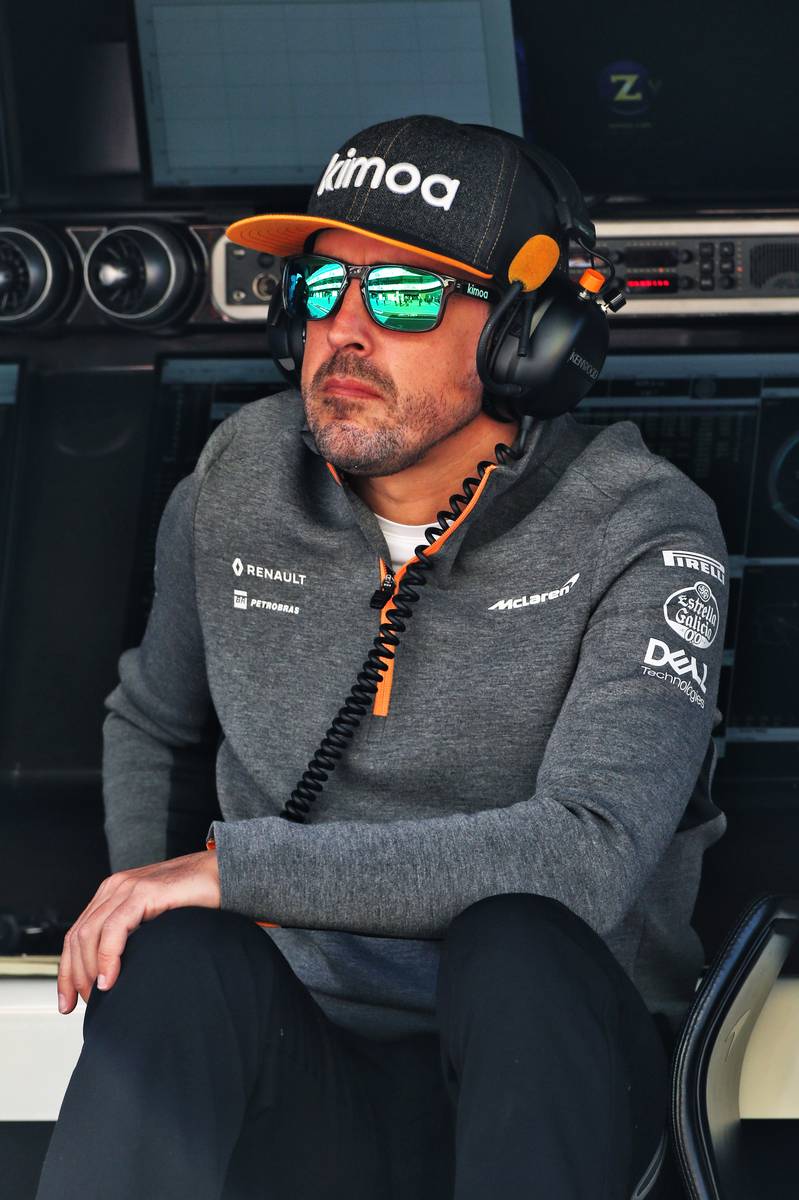 But that doesn't mean Alonso is actively waiting in the wings chomping at the bit to take over from either Sainz or Norris should either driver fail to live up to expectations.

“We haven’t discussed it," stated McLaren CEO Zak Brown of the possibility of an Alonso comeback. "We will cross any bridge when we come to it but we’ve got our two drivers and we are very happy with them.

"Fernando will definitely be in the car this year," he confirmed. "I think Fernando can help us develop this car for this season and start giving us outlook for 2020 as well.”

“We have of our testing plans, we’re still waiting for some of the Pirelli tyre test details."