Toro Rosso's new recruit Alex Albon had another solid day at work in pre-season testing at the Circuit de Barcelona-Catalunya, setting the sixth fastest time of anyone on Tuesday.

"It wasn't a bad day today," he reported afterwards. "We started off a little slow after a couple of issues in the morning, but we quickly made up for the lost time and completed a lot of laps.

"We made a lot of progress in the afternoon session learning more about the car and how it performs in longer runs, so hopefully we can build on that momentum.

Albon admitted that he was still working to get fully adjusted to driving the car and had more work to do before he was feeling entirely at home with the F1 hardware.

"I'm still getting used to the car and there's a few things I need to work on and improve," he said. "But I think it's more a case of fine tuning.

"I'm still getting comfortable with the high-speed of the car and race management of when I can and can't push, but that will come with the more laps I do.

"We did a lot of runs to see what suits the car best and also help me prepare for my first race in a couple of weeks."

Asked by Motorsport.com what particular areas he was focusing on improving, the 22-year-old Thai-British driver said that getting to grips with the complex steering wheel was particularly important.

“The main thing at the minute is just using all the tools on the steering wheel,” he said. “In terms of tyre saving and all that kind of thing, it can really affect the balance with a couple of switches. 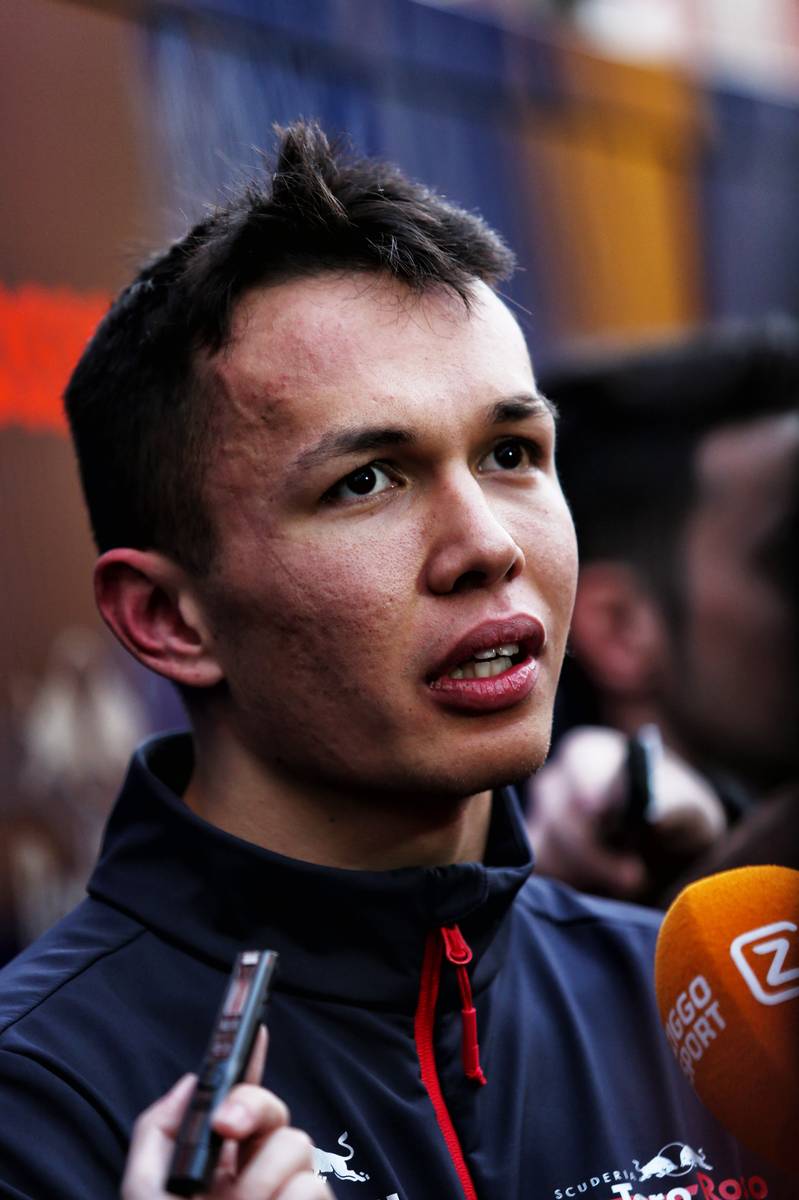 "There is quite a lot of potential there," he added. He said that he was also learning when to push hard and when to take a step back.

"When it comes to race pace and it is not over-saving or under-saving, that is my main area that I want to work on," he explained. "It is easier when you are going for a push lap and you rag it really.

"Getting in the rhythm, and getting up to speed quickly," he continued. “It is quite nice here because you have all those days and all those tyres to build up to it, whereas in Q1 you have to nail it on the first lap.

"I am just trying to maximise all the time I get, almost treat it like my first day where I learn and really understand what the team are trying to do with the car."

Daniil Kvyat has now taken over the wheel of the STR14 for Wednesday's test sessions.