Sebastian Vettel says that he wasn't in control of his Ferrari when he crashed heavily on the sixth day of pre-season testing at the Circuit de Barcelona-Catalunya.

"I was heading into turn 3 and by the feeling, there was an issue with the front left corner," he told the media over lunch following the mid-morning incident.

"There wasn't anything I could have done to avoid the impact. After that, I wasn't in control of the car anymore and I went straight into the barriers."

The team had already said that the crash was the result of a 'mechanical problem', although Vettel admitted that the precise nature of the issue was still under investigation.

"We don't know much more than everyone knows," he shrugged. "That's what everyone is looking at here, at the track, but also in Maranello.

"We are flat out trying to understand what happened," he said. "We have to be careful in understanding what was the problem.

"It would have been a lot easier if there was run off and the car didn't hit anything right after," he added. "Now as you can imagine, there's damage from the hit.

Vettel was unable to return to action in the morning even after being cleared by the medical centre, as the team continued to look into the cause as well as starting to make repairs to the car.

The accident also caused a 40-minute stoppage to the session as track workers attended to the TecPro barriers that Vettel had run into at speed.

"The TecPro in the wall did their job, the car did its job," Vettel commented. "[But] it's disappointing for us." 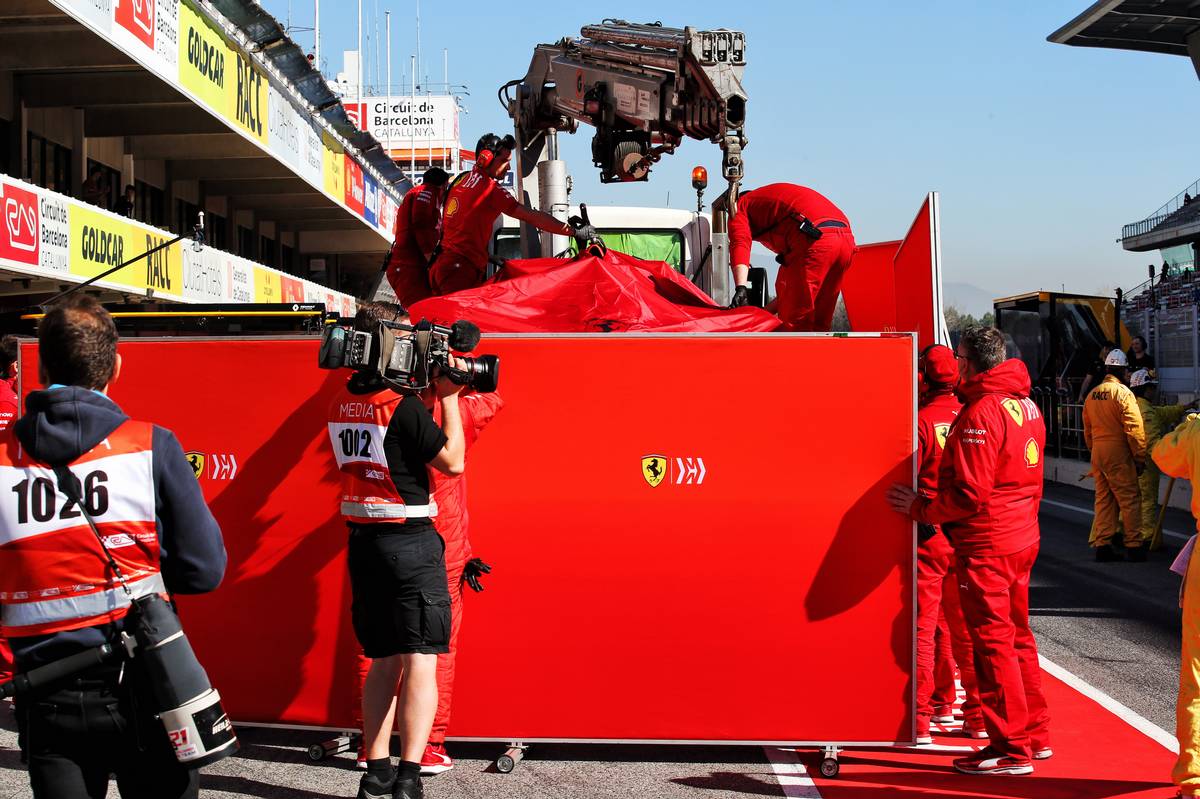 However, he remained upbeat with the way that the test had gone for Ferrari as a whole.

"Overall, the car is still good," he said. "We've been exploring a lot of things since day one and the last week has been very productive.

"Yesterday, we could recover some of the track time lost in the morning, so I'm still positive with the car and the feeling inside it.

"Of course, the plan is always to fulfil your programme and we had more laps on the board than 40 this morning, so for sure it’s not ideal and we’re losing some time.

"But right now it’s important to understand what exactly happened."