Nico Rosberg was stunned by the starting procedure for the Australian Grand Prix, believing it was the fastest turn-off time of the lights on the start-line gantry he had ever witnessed.

Not only was Rosberg surprised by the short interval between when the five red lights were turned on and then off, the 2016 world champion believes it was a deciding factor in Valtteri Bottas' race win.

"Statistically, that was certainly the fastest turn-off time in years," said Rosberg in his post-race analysis on Youtube.

"Surely many were surprised, and that's the weakness of Lewis."

But Rosberg also commended the man who replaced him at Mercedes in 2017, insisting Bottas had taken his focus and determination to the next level this year.

"Bottas is in combat mode this year," added the German.

"You cannot underestimate the mental side in Formula 1. It's what we saw last year with Sebastian [Vettel]. 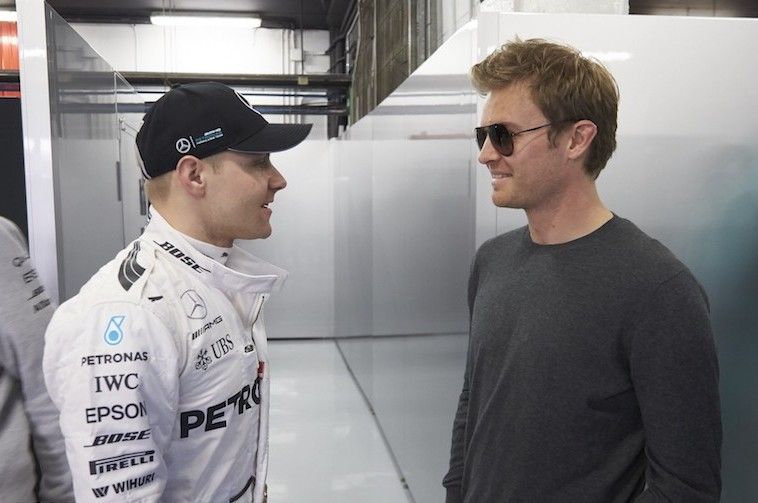 Addressing Bottas' blindingly fast launch off the line, Rosberg believes it was partly the result of the Finn's diligent approach to the process.

"Valtteri - as I always did - practiced all weekend with his clutch: once, twice, three times, hundreds of times. And Lewis? Not once, or maybe five times maximum.

"The problem for Valtteri is that Lewis is always so strong in qualifying, which will be the biggest hurdle for him., but the chance is there that we will see a real duel."

"I think if Valtteri can sustain his positive mentality, he can become world champion because Lewis always has his period of weakness."

Despite chaotic debut 'unprepared' Kubica has no regrets