Mick Schumacher has set his sights on learning his trade this season in the FIA Formula 2 Championship which he will tackle with the front-running Prema team.

The 19-year-old son of seven-time F1 world champion Michael Schumacher steps up to F2 after a banner 2018 which saw the Ferrari junior win the European F3 series.

Pre-season testing for the F2 category didn't see Schumacher positioned at the top of the timesheets but the young German is taking his time to get up to speed.

"My goal for this year - even more so this year - is to learn as much as possible, to gather all the information around me, work with as many people as I can to be able to learn from everyone," Schumacher said in a video released by Prema.

Schumacher pinpointed tyre management as a big focus of his apprenticeship in F2 given the importance of degradation in the category which, like F1, is supplied by Pirelli.

"The step itself isn’t that huge from F3, it’s more understanding the tyre at 100 percent – that’s the most difficult part," he said.

"We have a lot more downforce and a lot higher speed, so we have to work the car a lot more. It’s a good challenge." 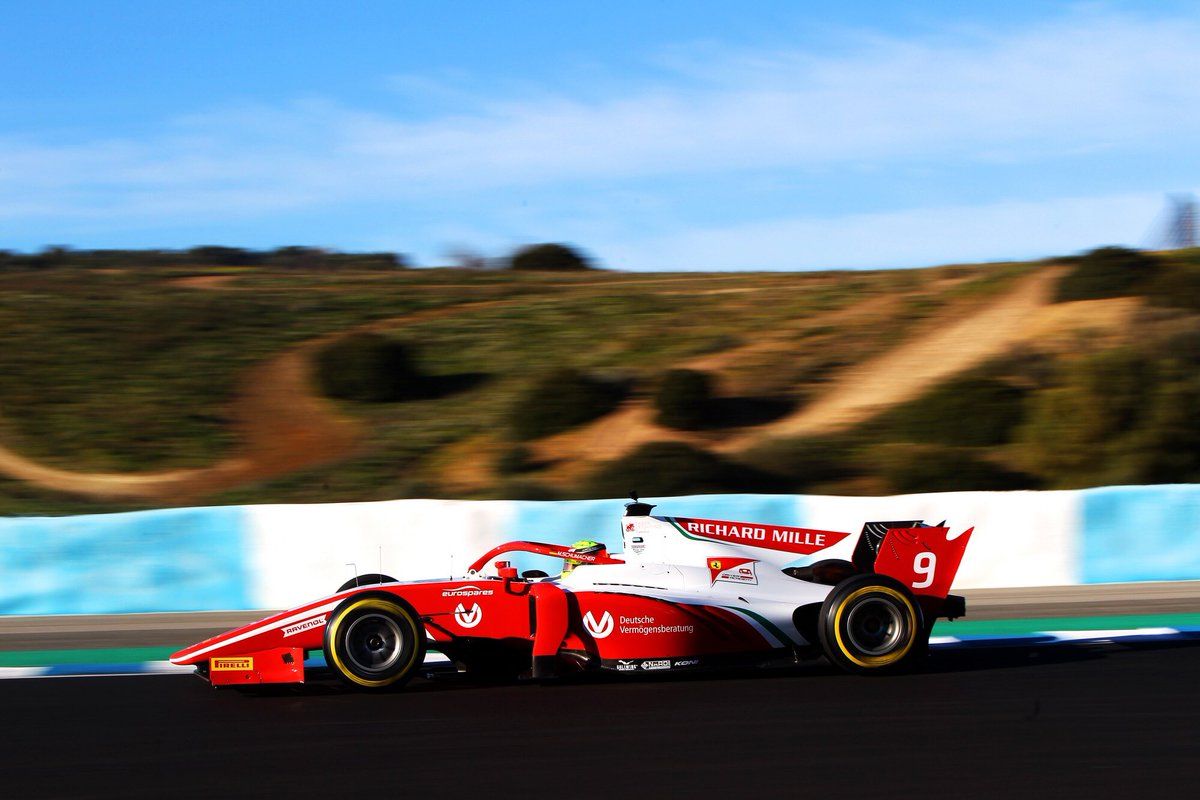 As a Ferrari Driver Academy member, Schumacher will enjoy the support and counsel of the House of Maranello this season, a privilege he labeled as "very positive".

"I can learn very much from Ferrari because they have so much experience and I will want to work with them to achieve the maximum I can," he added.

"The first impressions I had from Ferrari was very heart-opening, welcoming me in a family which was always part of my family."

Obviously, being the son of an ex-Ferrari driver and a bona fide F1 legend, comparisons are par for the course as far as Mick is concerned.

"Being compared to my father was never a problem for me," he said.

"As, it’s pretty simple, for me being compared to the best driver in F1 history is the goal to achieve.

"To have that as my idol, and my father, is something very special. I feel honoured to be compared to him, because I can just learn and try to improve."

Albon impressed with ability 'to push at 95 percent' in F1