After Ferrari and Mercedes split honours on Friday, Valtteri Bottas settled the free practice match today in favour of the Silver Arrows squad.

Track activity was scarce in the first quarter of the session but after a series of opening salvos from a few enthusiastic mid-field runners, Charles Leclerc and then Sebastian Vettel took control, with both red cars fitted with Pirelli's soft compound at the outset.

In the Mercedes camp, Bottas and Lewis Hamilton trialed their overnight tweaks on the medium tyre.

Once the pair switched to the medium rubber, the Finn proved again that he was dialed into his car better than the reigning world champion.

Bottas' best effort late in the session meant that he remained the fastest driver in free practice in Shanghai.

Running was halted with minutes remaining on the clock when Alex Albon lost it on the exit of the final corner, the Toro Rosso rookie running wide on to the astro-turf before battling his car in a series of tank slappers that ended with a violent impact with the outside tyre wall.

Albon emerged unscathed from the massive crash but the same could not be said unfortunately of his STR14. 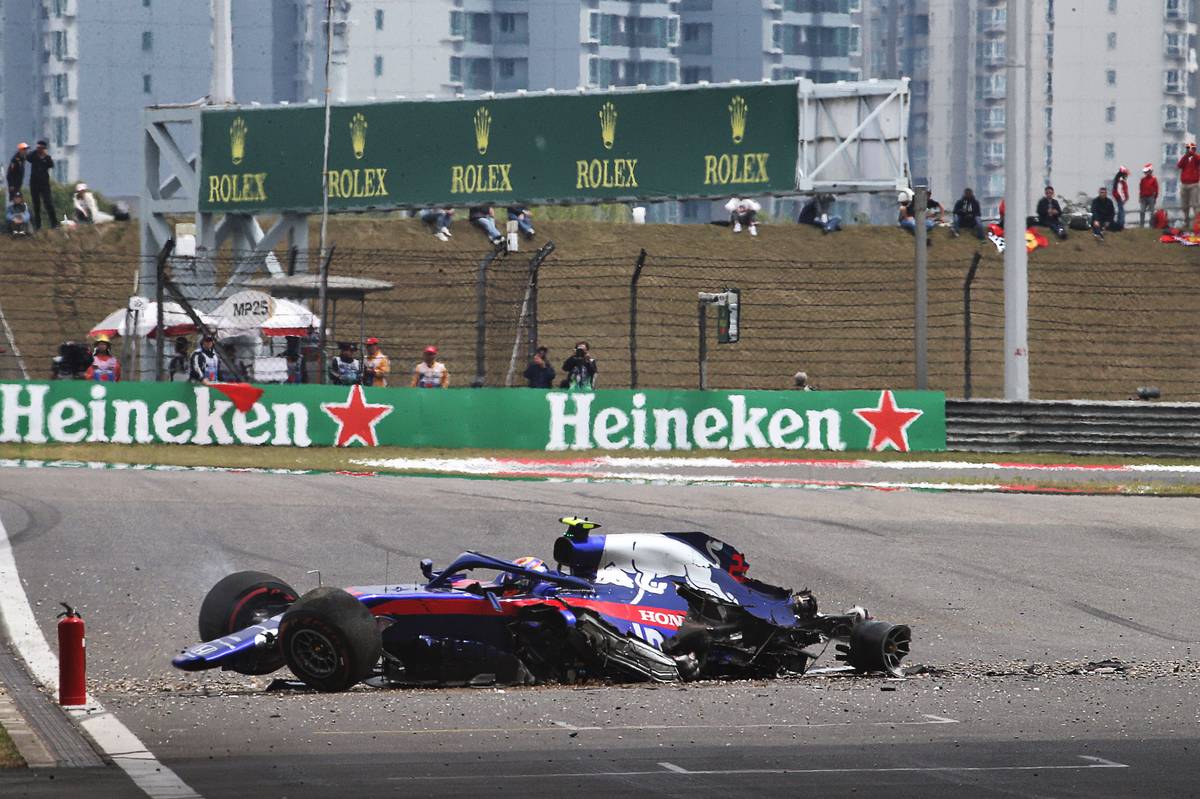 Albon emerged unscathed but the same could not be said unfortunately of his STR14.

Vettel had led much of FP3 and appeared to consolidate his position at the front but an error on a fast run opened the door for Bottas' to snatch the fastest lap.

Leclerc and Hamilton followed, while Renault's Nico Hulkenberg was once again 'best of the rest' in fifth, followed by Alfa Romeo's Kimi Raikkonen.

Red Bull's drivers were gearing up for a fast lap effort on the soft tyre towards the end of the session when Albon's crash squandered their plans, leaving Max Verstappen P7 and Pierre Gasly stranded down in fifteenth position.

McLaren's Carlos Sainz, Albon and Daniil Kvyat rounded off the top-ten, while at the other end of the spectrum, Williams' drivers ran under the watchful eye of legendary designer Patrick Head, but George Russell and Robert Kubica could do no better once again but make up the rear.

Racing Point 'still getting out' of last year's troubles - Green