Zetsche, who will step down from his management positions at Mercedes-Benz next week, was present in Barcelona to witness the team's fifth consecutive clean sweep.

Mercedes' dominance of Grand Prix racing has been in place since the advent of the hybrid era in F1 in 2014. But the manufacturer's preceding four years in the sport were anything but hegemonic.

Indeed, there were times when the Mercedes board questioned its involvement at the pinnacle of motor sport, and Zetsche was the man who largely kept things going.

"There are not many CEOs that have empowered a group of people like you did," Wolff said, addressing Zetsche directly in yesterday's post-race presser.

"Leaving us on the long leash, letting us represent this fantastic brand. And we did it with pride and with great responsibility.

"And you stuck to Formula 1 as a CEO of Daimler like no other corporate has ever done, and now we are harvesting this and it's great to see you up there.

"You deserve all the credit. You have built the structure." 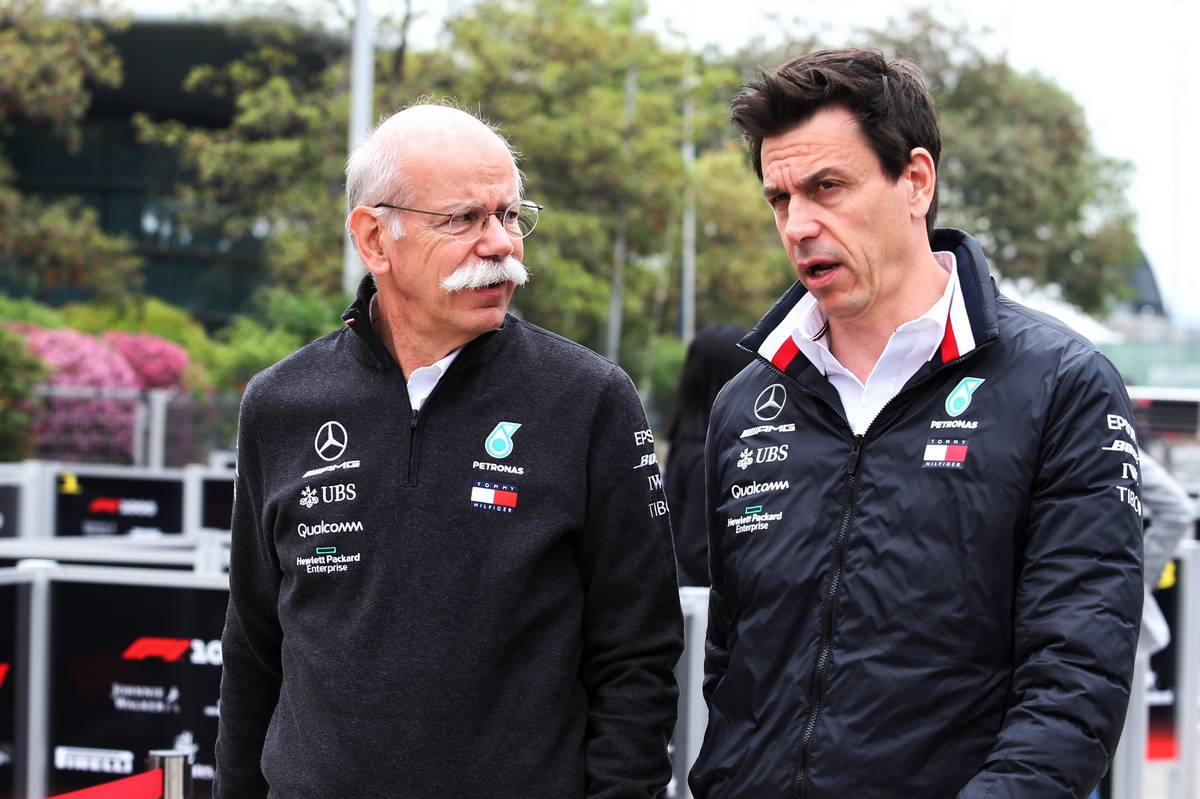 The Brit recalled how Zetsche had influenced his career, from joining McLaren to Hamilton's bold decision to leave the Woking-based out for the Silver Arrows squad at the end of 2012.

"He’s been a massive supporter of mine since I was 13," Hamilton said.

"He was there in the decision-making process of taking me on as a kid, when I started and went to McLaren.

"He was part of the decision-making process of when I got a Formula 1 drive in 2007, and then joining this team again, and then every year on from then when we had to re-sign.

"This is his last race with us, and I just want to say a big thank you to him."