Mercedes team principal Toto Wolff has admitted that the team's victory in the 2019 Monaco Grand Prix was mainly down to Lewis Hamilton.

Wolff acknowledged that the decision to switch Hamilton and his team mate Valtteri Bottas to medium compound tyres during an early pit stop on lap 10 behind the safety car had been a tactical mistake by the squad.

"We knew that the tyre choice was the wrong one," Wolff told Sky Sports F1 after the race. "In hindsight we should have taken the hard.

"At the end, the driver made the difference and won us the race.

"Lewis did an incredible job out there. It was a really hard-fought race with Max [Verstappen].

"We know the tyre choice, in hindsight, was wrong with Lewis and we should've taken the Hard tyre at his stop," he said. "But these things happen and at the time we thought the Medium was the right call.

"It was the driver who made the difference and managed the race.

"This one was a really hard fought victory," he added. "With all the drama it had, I'm relieved it's over now!"

Wolff explained that the team had been expecting to pit around lap 15 or 16 when the medium tyre would have been the correct selection, but that the safety car had advanced the timetable and changed the game - and not in Mercedes' favour.

Bottas was oddly fortunate in sustaining a puncture when he clashed with Max Verstappen on pit road. He had to come back in, and this time he was fitted with the harder compound.

But there was no such opportunity for Hamilton. He couldn't pit for different tyres without losing position, and so he simply had to tough it out on thne mediums all the way to the finish.

"Everybody knew that it was going to be a huge stretch," said Wolff. "I believe that probably laps to the end he had zero percent rubber left on the tyre."

Much of the team radio for the remainder of the race was full of Hamilton's furious complaints about being put out on the wrong rubber. But Wolff said he didn't blame Hamilton for needing to vent his frustrations over the air. 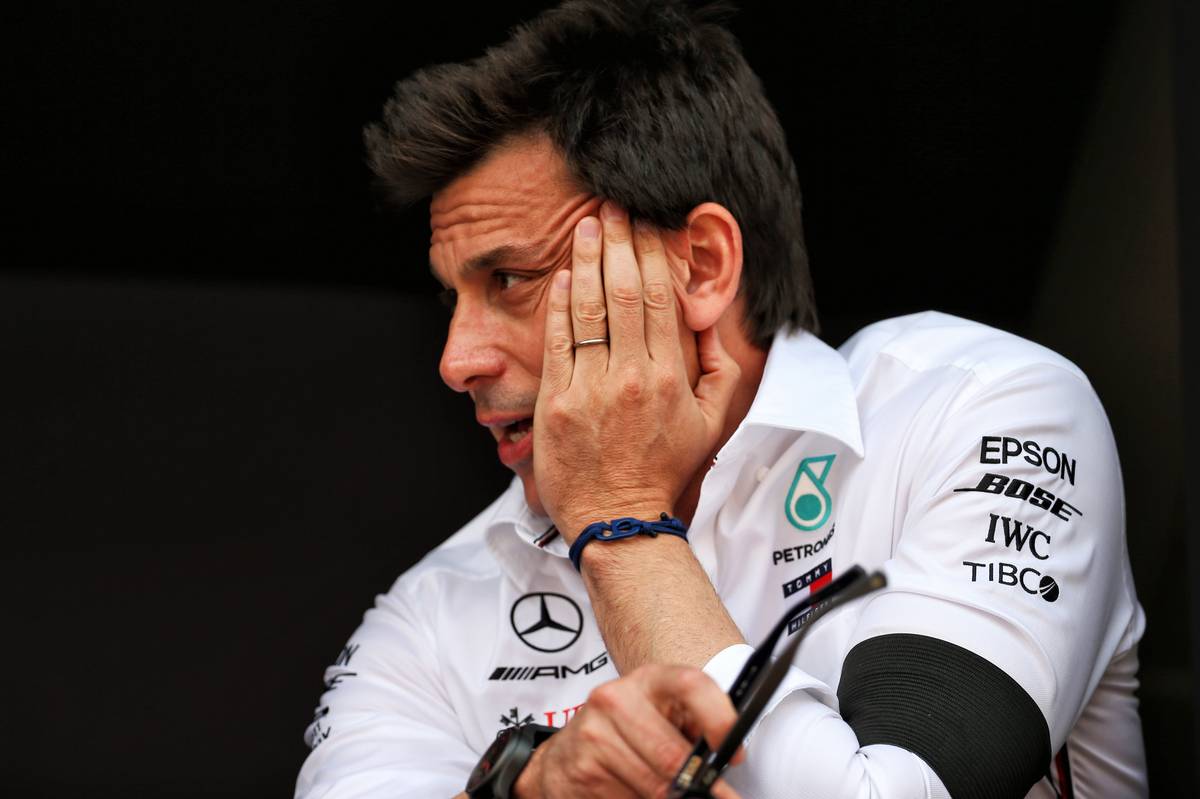 "I think you just need to accept that the driver somehow needs to have a pressure release value," he said.

"If by talking with us, even it's just vomiting the anger out, then that's completely okay. We just need to support him."

"Now we have a couple of days that are going to be difficult with Niki's funeral in Vienna before we set sail for Canada."

Sainz delighted with 'best move of my career'