For the first time this season, Toro Rosso managed to get both drivers home in the points in the 2019 Monaco Grand Prix.

Daniil Kvyat finished in seventh place, with his rookie team mate Daniil Kvyat crossing the line just behind him in eighth.

That means the team picked up ten points in the constructors championship, raising them from ninth to equal sixth in the rankings with Haas and only one point behind Racing Point.

"We had a very strong qualifying yesterday and capped it off with a strong race today, so it’s a nice feeling," commented Kvyat. "P7 is a great result in Monaco.

"I’m very happy because I think it was a really strong race for us. We can be satisfied with the amount of points we brought home today and with how we managed the race.

"The teamwork was fantastic, the support I got from everyone was great!" he continued. "We have been working hard over the past few weeks to see where we need to improve and what I need to go faster, and we found it.

"Now we just need to find it every weekend, so we can continue to score a good amount of points. The car is performing well so we have to keep developing it in the same direction.”

Albon was equally delighted with his best finish to date in his fledgling F1 career. His strategy was to run long on the initial set of soft tyres that he had qualified on

“I’ve got to say a big thanks to the team because the strategy was fantastic," he said. "The most difficult part of the day was managing the tyres, as the softs don’t really like to last that long, so they begin to degrade and vibrate.

"We knew there was the chance to get into the points today, and we did a good job to make it happen.

"It was tricky out there because you spend the whole race close behind other cars, you have to make sure you don’t brake late or lock up otherwise your race is over." 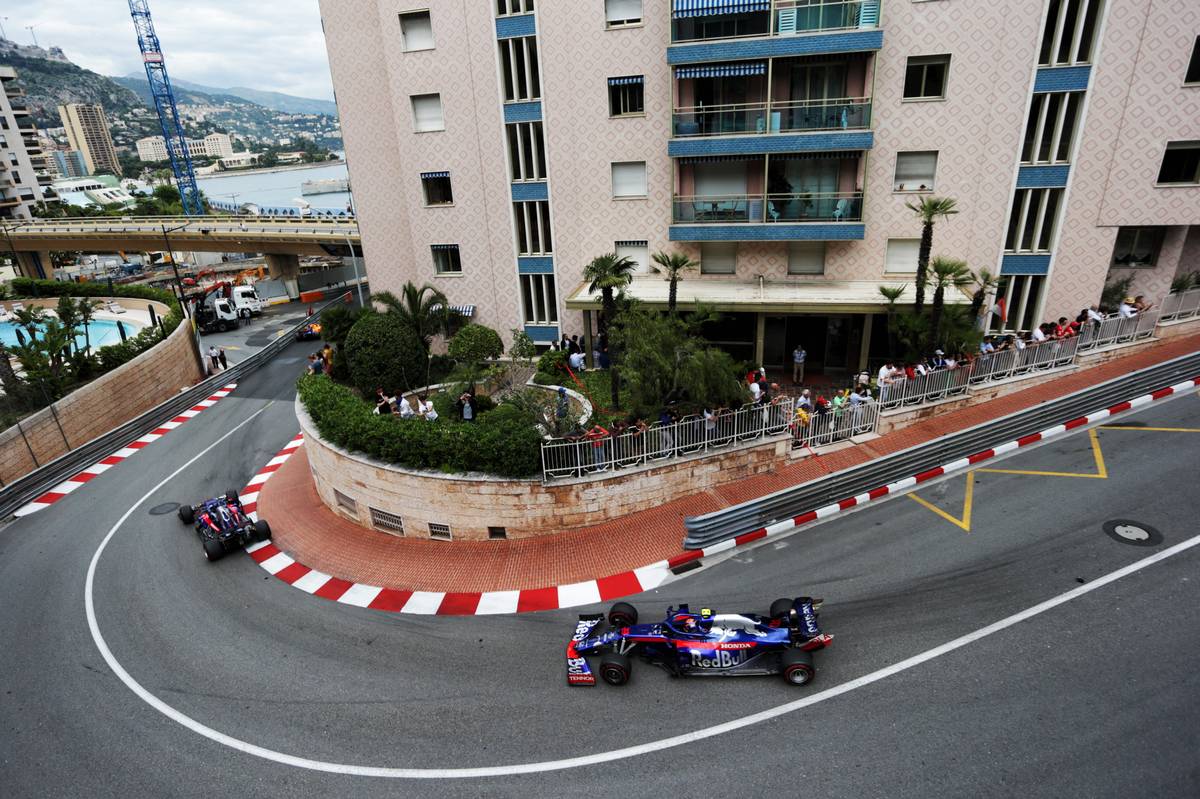 "Still, it was good fun out there and great to have both cars finish in the points!”

The outcome was praised by team principal Franz Tost.

"From the beginning of the weekend onwards, Toro Rosso showed a strong performance here in Monaco," he stated.

"The start of the race was ok, the drivers had a good first lap. After that, the main goal was to save the tyres, not to overshoot and suffer from graining.

"Both Dany and Alex managed to do this in a very professional way.

"The strategy was good, first because we stayed out when the safety car was deployed, then to call both drivers in at the perfect time

"These are ten important points for us, so congratulations to the drivers and to the team for a good and competitive weekend. I am really satisfied to see four Honda-powered cars within the first eight at the end of the race.

"Now let’s get ready for Canada, where we hope to continue scoring points.”