Sebastian Vettel pulled no punches after he was handed a five second penalty and two superlicence penalty points for running off the track while leading the Canadian Grand Prix.

The penalty cost him victory in the race and handed the win to his chief title rival Lewis Hamilton. A furious Vettel raged over the team radio and then avoided reporters in parc ferme in favour of heading off to seek out the FIA officials responsible for the decision.

"Where the hell am I supposed to go?” he said after being handed the penalty for overrunning the chicane at turn 4, and inadvertently chopping back in front of Hamilton as he returned to the track.

"I had grass on my wheels," he explained. "You need to be an absolute blind man to think you can go through the grass and then control the car.

"I was lucky I didn't hit the wall. Where the hell am I supposed to go? This is a wrong world, I tell you. This is not fair."

"They are stealing the race from us," he added, refusing pleas from his race engineer to keep calm. "I am not staying calm. This is not fair. It is not fair. I'm angry and I have the right to be angry. I don't care what people say."

When Vettel was finally persuaded to return to parc ferme by the Ferrari press officer, he pointedly marched over to the parked cars and switched the placard for 2nd place to put it in front of Hamilton's Mercedes.

He then stood grim faced through the podium presentation, and afterwards made brief comments to Sky Sports F1 commentator Martin Brundle.

"I really enjoyed the race, I enjoyed the crowd to be honest, seeing them cheering me on, especially around the hairpin," he said. 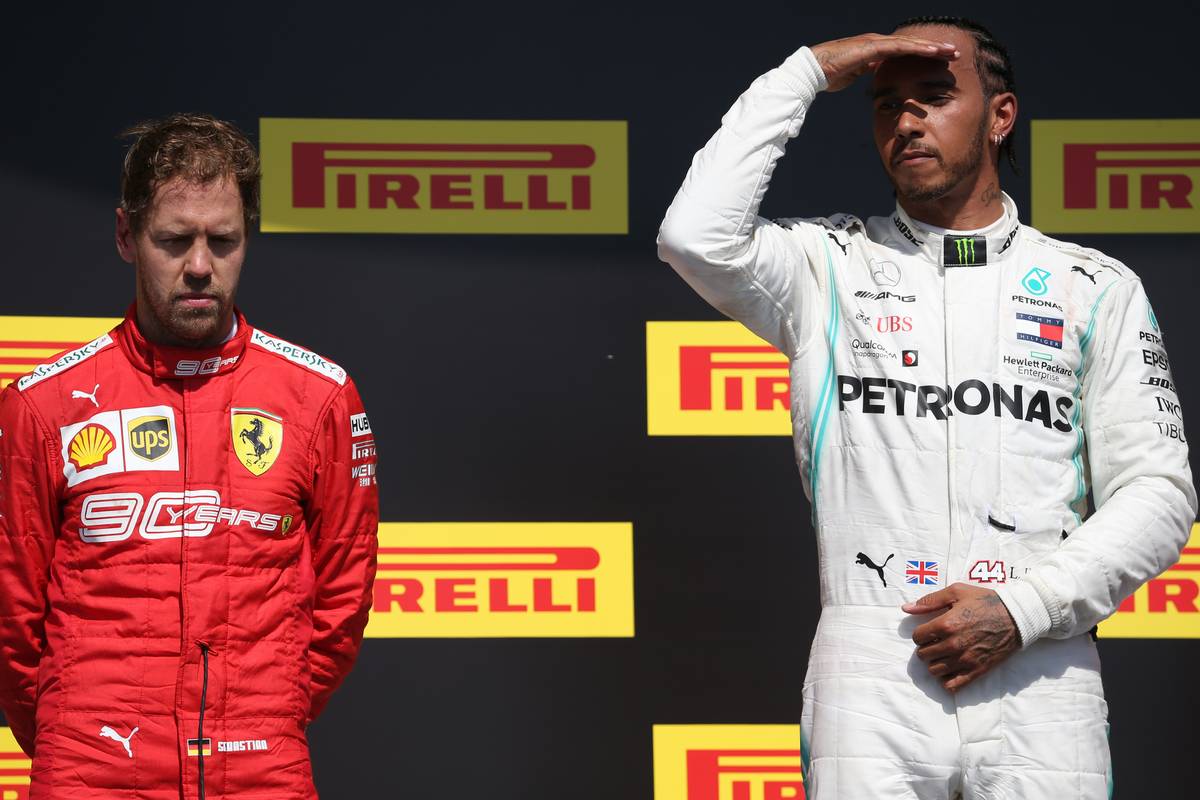 "It was very intense. Lewis was a bit quicker throughout the race, but we were able to stay ahead," he said. "As for the rest, I think I've said enough. You should ask the people what they think. I think we had a great show. Lewis showed some good respect. So yeah, ask the people."

Lewis was booed by fans after the race, but Vettel was quick to leap in to say that this wasn't right. "The people shouldn't boo at Lewis. If anything they should boo at these funny decisions."

In subsequent comments to the media, Vettel raised the question of whether such borderline decisions impacting the race were good for the sport and whether the stewards' actions today had done genuine damage to Formula 1.

"I think we really deserved to win today. I think that's our opinion and that's I think the people's opinion out there as well. It was a great race, they really cheered me on every single lap.

"It's not making our sport popular, is it, with these kind of decisions? People want to see us race and that was racing, so I don't know.

"I hope the people come back, that's the main thing - obviously they're the reason we're able to put this show on and build these incredible cars. It's just a shame when we have all these funny decisions.

"It's a bit weird now, I don't know what else to say," he added. "It's not about the title now ... Obviously it hurts me today because it impacts on my race result But I think this is more of a bigger criteria.

"I really love my racing. I'm a purist," he told the official FIA press conference. "I love going back and looking at the old times, the old cars, the old drivers - it's an honour when we have a chance to meet them and talk to them. They're heroes in a way. I just wish I was as good as I am, doing what I do, but being in their time rather than today. 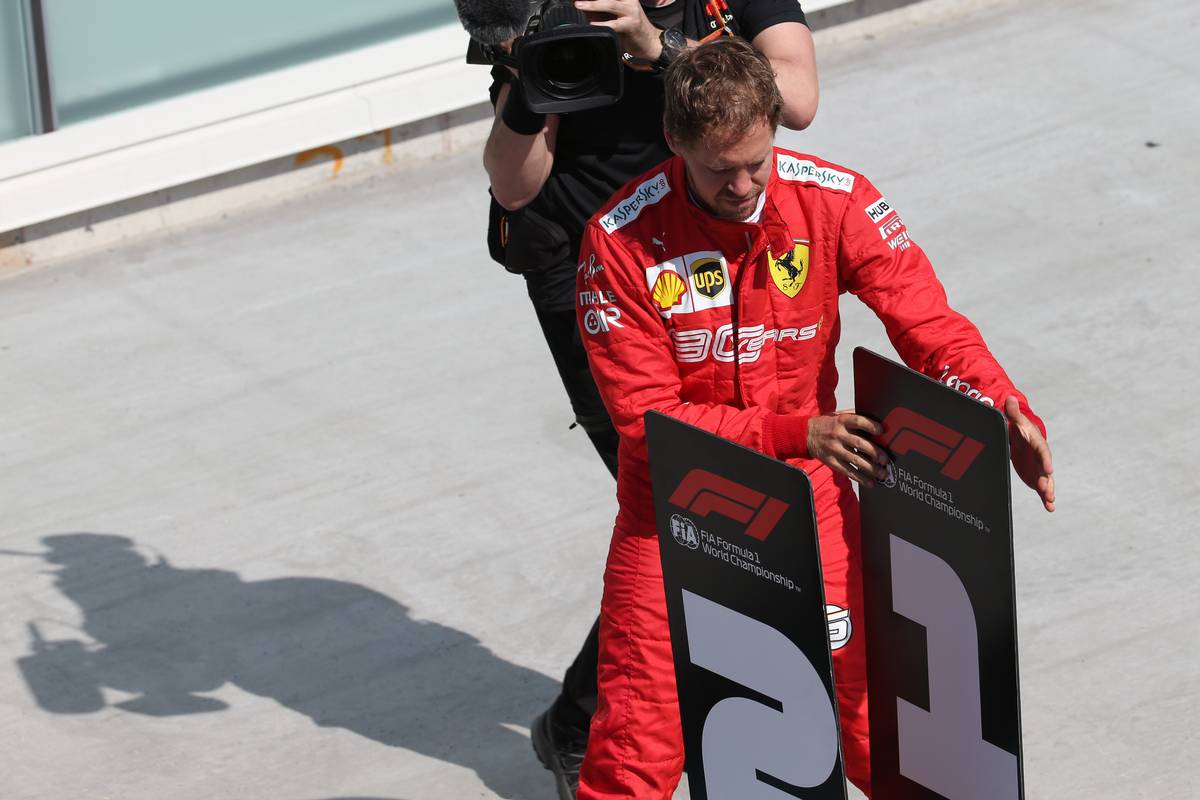 "It's not just about that decision today," he continued. "There's other decisions. And the wording when people come on the radio we have now - we have an official language that I think is all wrong. We should be able to say what we think, but we're not.

"I'm not happy about all this complaining and stuff that we see so many times," he said. "It's racing. It's common sense.

"In this regard, I disagree with where the sport is now. We have all this wording - I gained an advantage, I didn't gain an advantage, I avoided a collision, all this - I just think it's wrong. It's not really what we're going in the car.

"Nowadays I don't like it. We all sound a bit like lawyers using the official language and I just think it gives no edge to people and no edge to the sport. Ultimately it's not the sport I fell in love with when I was watching.