It's often customary for drivers to sport special helmet liveries for their home race, with designs that usually showcase in a creative way their country's colors.

For this weekend's French GP, Romain Grosjean has turned away from a patriotic theme and entrusted his lid to artist Richard Orlinski.

The Paris-born sculptor is the creator of the French GP's mascot, the giant red, white and blue gorilla that adorns the entry of Paul Ricard.

"Last year, obviously, I did blue, white, red which is a very nice one, but this year I wanted to do something a bit different," explained Grosjean.

"So, I contacted Richard Orlinski because I’m a big fan of his artwork and I met him here last year and I sent him a white piece of paper and I said can you produce a helmet (design) for me for the French Grand Prix?

"And he answered yes, I would love to and I was super excited about it and then I received the artwork and I think it does represent Richard very well in the way that the design is done. 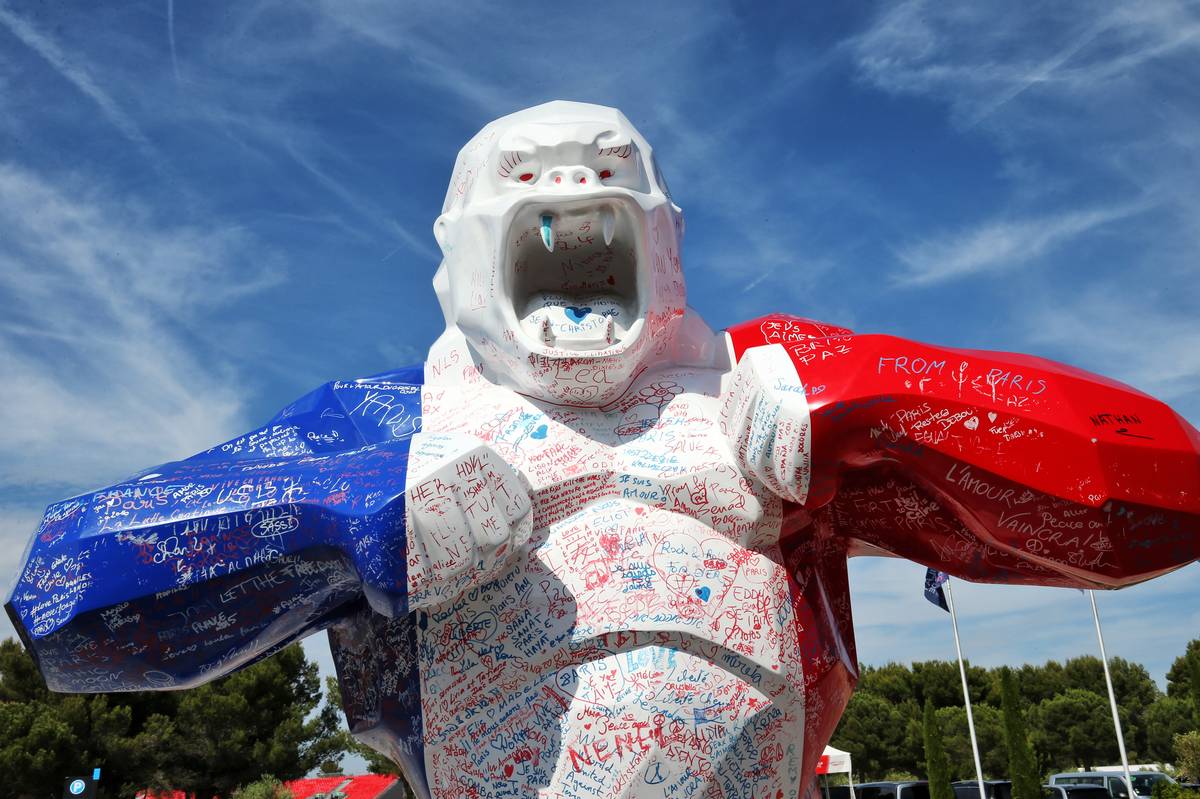 "It’s very very different to anything I’ve been wearing up to date so I like it even more and I think it’s just great that it’s part of the whole show.

"Richard is doing the trophy for the podium, we can see the ‘Kong’ everywhere around the racetrack and I know there will be my helmet racing on track so it’s pretty cool."

Sirotkin to fill reserve roll at McLaren for remainder of 2019