Daniel Ricciardo says Renault's recent upturn in form in Montreal has provided a timely boost to the French outfit ahead of its home race at Paul Ricard.

Ricciardo qualified a surprising fourth in Canada before the Aussie and team mate Nico Hulkenberg delivered a double points finish to Renault on race day pulling the team up to P5 in the constructors' standings.

The productive weekend was a long time coming for Renault whose opening run in the 2019 season was undermined by engine reliability issues.

Before the French Grand Prix and the introduction of a raft of updates on its R.S.19, the result was just what the doctor ordered according to Ricciardo.

"It was important for sure," said the Aussie whose performance in Montreal also put a spring in his step.

"I think it had slowly been coming, like we'd started to put a string of Q3s together. I think we were slowly releasing that weight.

"It did two good things: obviously it gave everyone a bit of a lift. But it also I feel ignited a pretty nice fire.

"The team had their first taste of a pretty big result in a while, especially the qualifying, nearly getting interviewed after qualifying!

"I think even just getting a sniff of that was good to see.

"Obviously the competitor in me obviously wants that, and that's always there. Seeing it within the engineers, the mechanics and everyone, everyone just had a buzz about them. It was nice." 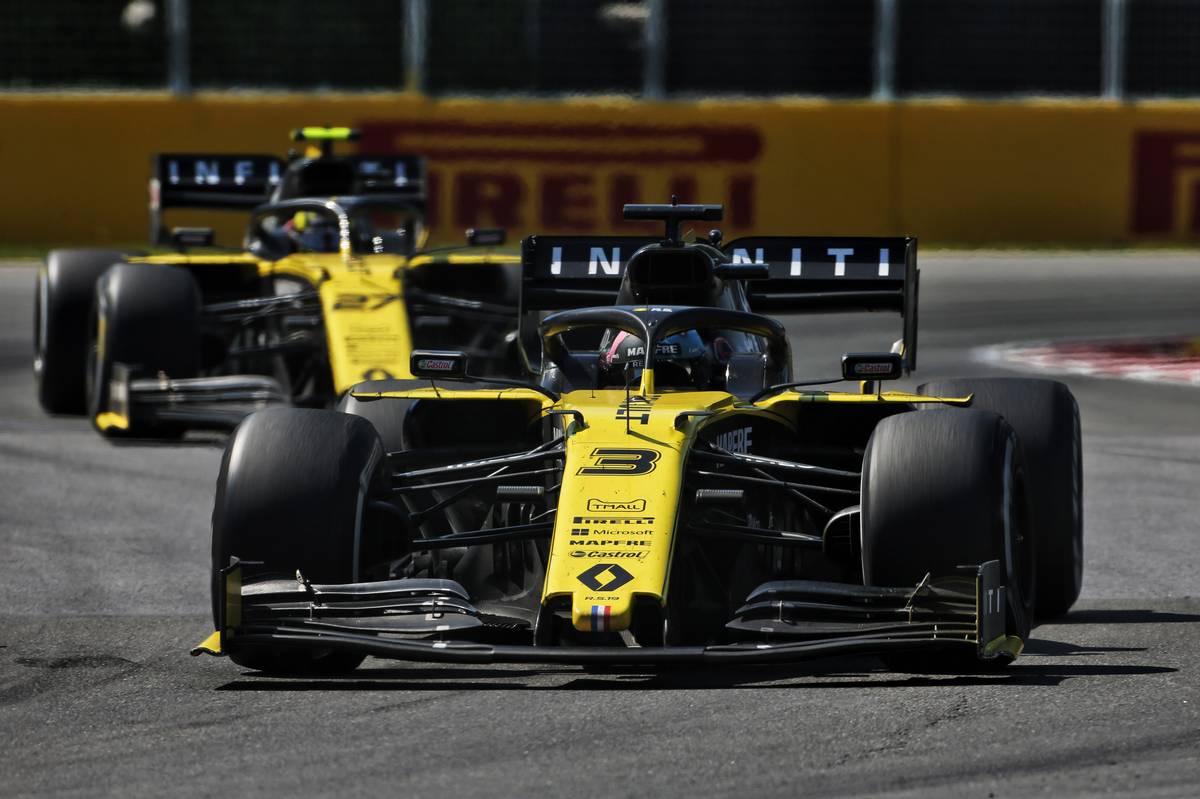 Looking back on his team's troubled start to its campaign which impacted his own expectations, Ricciardo said he remained calm and took it in his stride.

"I remained fairly relaxed through it all," he added. "I knew that I still had a lot for myself to get out of it.

"I guess I in a way focused continuously on myself, that my speed would come and the team, I guess I knew it would kind of grow naturally over time.

"It's certainly flourished quite a bit the last few races. It's nice now, it's really nice.

"I'm getting used to it, but the car's improving, and the whole dynamic is transforming.

"Like all those things, it's going to be, to get really inside the top five every weekend, that's then that other step. We've made the first step there at least which is not bad after seven races I guess."

Verstappen keen on a father-and-son onslaught on Le Mans

Romain Grosjean wears a work of art in France