Max Verstappen admitted on Thursday that it's not nice to be continually missing out on podiums so far in the 2019 season.

In the eight races to date the Red Bull Racing driver has been in the top three on only two occasions, in Australia and Spain.

But with a dominant Mercedes invariably locking out the top spots, and Ferrari usually on hand to pick up the remaining podium place, he's been left mired in fourth place on five occasions, and was fifth in Canada.

"I’m not here to be fourth, I want to win races," he complained to the media on Thursday ahead of the Austrian Grand Prix. Inevitably, the Dutch driver is also fourth in the current drivers championship standings.

"It’s not nice to drive around in this fourth spot, just always missing out," he continued. "But that’s how it is at the moment.

“I wouldn’t call it frustrating. it’s not that I’m miles off," he added. "I don’t know if it’s a Ferrari in front or a Mercedes, but they’re not that far away.

“We just need to keep pushing hard to try and get more performance out of the car [and] out of the engine at the moment.

"If you compare to Ferrari, they are like a rocket on the straight," he continued. "But in the corners, we are a bit more competitive.

"We’re clearly lacking a bit of pace from both sides, so we’ll just try to get the most out of it."

With Honda rolling out new specification engines in France, it means that Verstappen is close to incurring grid penalties with any further power unit changes in 2019. That could impact his championship position and see him slide down the order in the second half of the season. 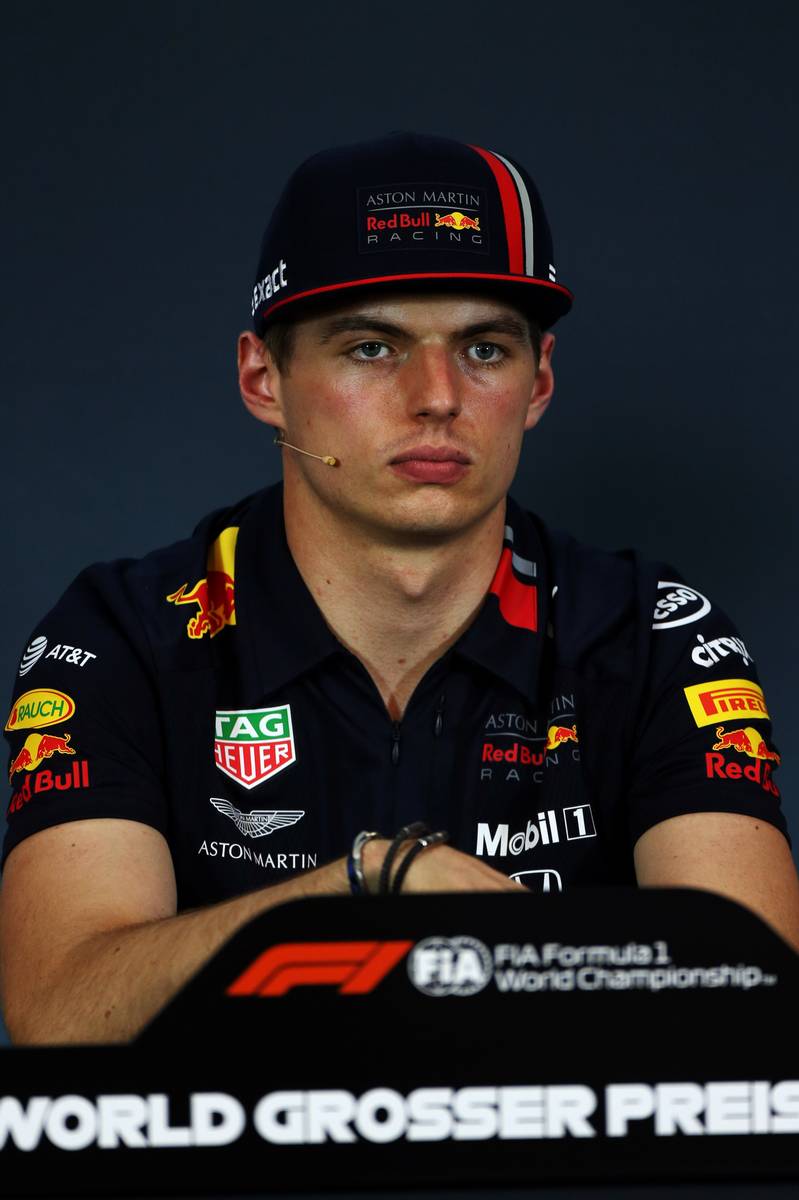 If that were to happen, there have been suggestions that the 21-year-old might grow restless with the limitation of his current team and start to look around for a more competitive package.

"I’m not too worried about what’s going to happen next year or even beyond that," Verstappen responded when asked if he was looking at offers from other teams.

"At the moment I just want to focus on this project because I think there is still a lot of potential, and we’re just getting started," he added. "To be honest I think it’s more important just to see what the team will also bring in the upcoming races.

Maybe this weekend will prove to be the lucky charm. Verstappen won at Red Bull's home race last year and could well pull off a shock victory again this time around.

"It’s always good for the team to be in Austria as it’s a home grand prix and there’s a really good energy," he said. "I think there will be a lot of adrenaline flowing this week."

Leclerc not expecting to catch Mercedes in Austria

'Two penalties in France was too harsh' - Ricciardo