Charles Leclerc feels that it's unlikely that Ferrari will be able to significantly cut the gap to Mercedes in this weekend's Austrian Grand Prix,

"I think at the moment it is quite difficult. They seem very, very quick," the 21-year-old Monegasque admitted this week.

"They were extremely quick in Paul Ricard," he noted during the FIA's official drivers’ press conference in Austria on Thursday. "If they don't run into issues, it's a struggle for us to challenge them."

Leclerc was third last week at the French Grand Prix behind the two Silver Arrows. While Lewis Hamilton had an 18s lead at the front, Leclerc did manage to hunt down Valtteri Bottas in the closing laps.

"He was struggling quite a bit on the second set of tyres with some blistering while we weren't," Leclerc said of his late charge to catch the Finn.

"I think we managed quite well our race, so it shows that still everything is possible," he added. "We did the best we could with what we [had], so we should all be happy about it.

"On my personal side it was good to have a good weekend. We have been struggling a bit more so it was nice but we just need to keep working and doing that." 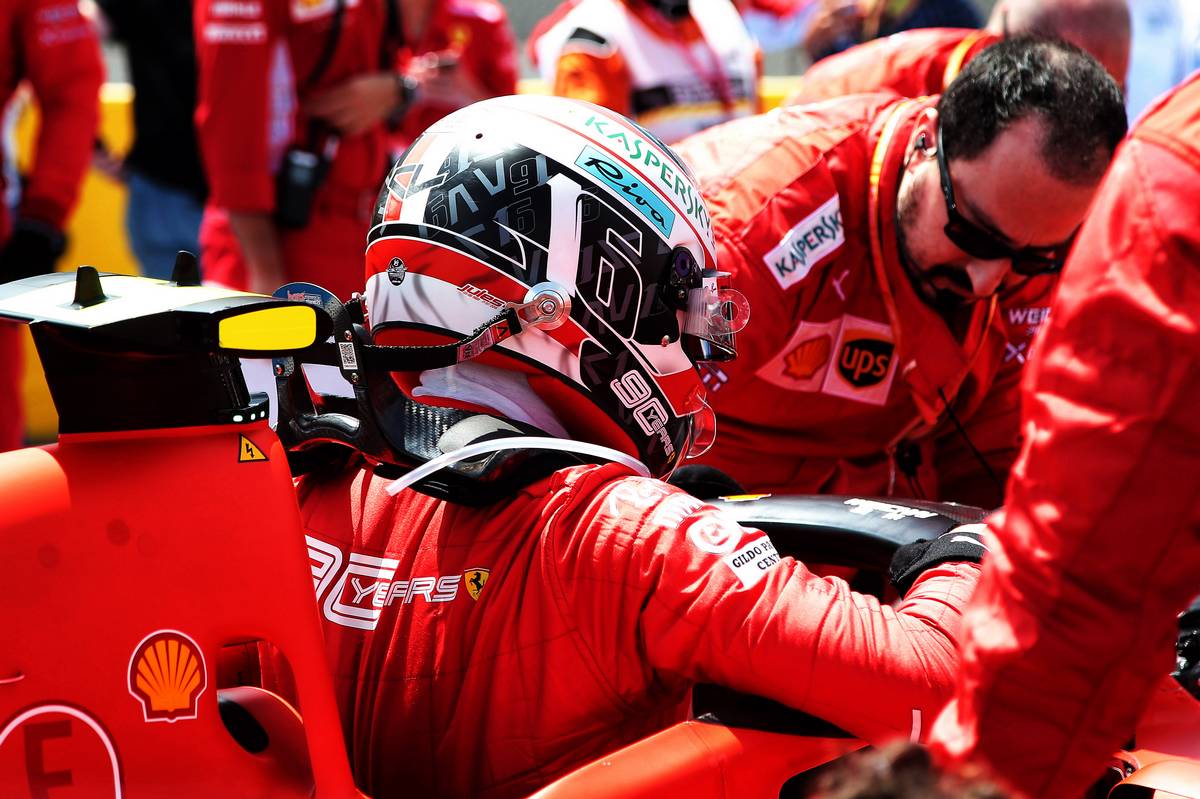 The positive result in France has made Leclerc feel more positive heading into this weekend's race at the Red Bull Ring, which he believes will better suit the SF90.

“Austria is one of my favourite circuits,” he said. “I think for the car it should maybe fit a bit better compared to Paul Ricard.

"It’s quite a different track, I’m pretty sure that we can have a positive weekend there," he continued. "Of course, we’ll be working hard to try and close the gap with the guys in front."

Although their last raft of upgrades didn't live up to expectations, the team will be bringing another new set of upgrades to try out in Spielberg this weekend.

"We are focusing on ourselves trying to do the best job possible," said Leclerc. "But to be honest it is quite difficult to be at their level.

"We are all aware the gap is quite big," he added, admitting that the driver and team championships were already at risk of slipping out of Ferrari's reach just eight races into the 2019 season.

"We will keep faith until the end," he insisted. "It'll be difficult to catch up, but we won't give up.

"We won't give up until its mathematically impossible, so we will give it everything."

F1 to formally discuss rolling back tyres to 2018 spec

Verstappen irked to continually miss out on podiums