Daniel Ricciardo has spoken out against the double penalty he received at the end of the French Grand Prix.

The Renault driver gained a position late in the race after making an opportunistic move on Lando Norris, whose McLaren was suffering from hydraulic failure. He also made a challenge on Alfa Romeo's Kimi Raikkonen.

But he went off the track in the process, and stewards subsequently handed him two separate penalties - one for failing to rejoin the track safely when making his move on Norris, and another for leaving the track and gaining an advantage during his challenge on Raikkonen.

With a five second penalty for each offence, it meant that Ricciardo lost his eighth place finish and fell out of the points altogether in the final classification.

"I certainly feel two was harsh," Ricciardo insisted on Thursday ahead of the Austrian Grand Prix. He explained that both incidents were all part of a single move, and should have been treated as such by the stewards.

“To drop me out of the points I thought was too harsh. With the one I would have already dropped to 10th. Give me one point for trying!"

Ricciardo's penalty promoted his Renault team mate Nico Hulkenberg up to eighth, and Norris back up to ninth. It also enabled Pierre Gasly to steal an opportunistic point for Red Bull in tenth.

"Nothing against Gasly but he was not in our battle at all, and he kind of steals the points," Ricciardo grumbled.

Given the furore over a similar penalty handed to Sebastian Vettel in Canada which cost him a race victory to Lewis Hamilton, Ricciardo admitted that it was inevitable that the stewards would take some sort of action against him at Paul Ricard.

"I get why they needed to do one [penalty]," he acknowledged. "Otherwise it is like, well, he is off track so everyone is going to complain what are the rules for?

"Whether I feel it in light of the race or not, the one was slightly inevitable, if I am really honest," he said. "I know that I was off track so again at some point I really could not argue with that.

"But I would treat it as one incident, not two separate ones," he insisted.

In particular he felt it was incorrect to say that he had gained an advantage by exceeding track limits when overtaking Norris. 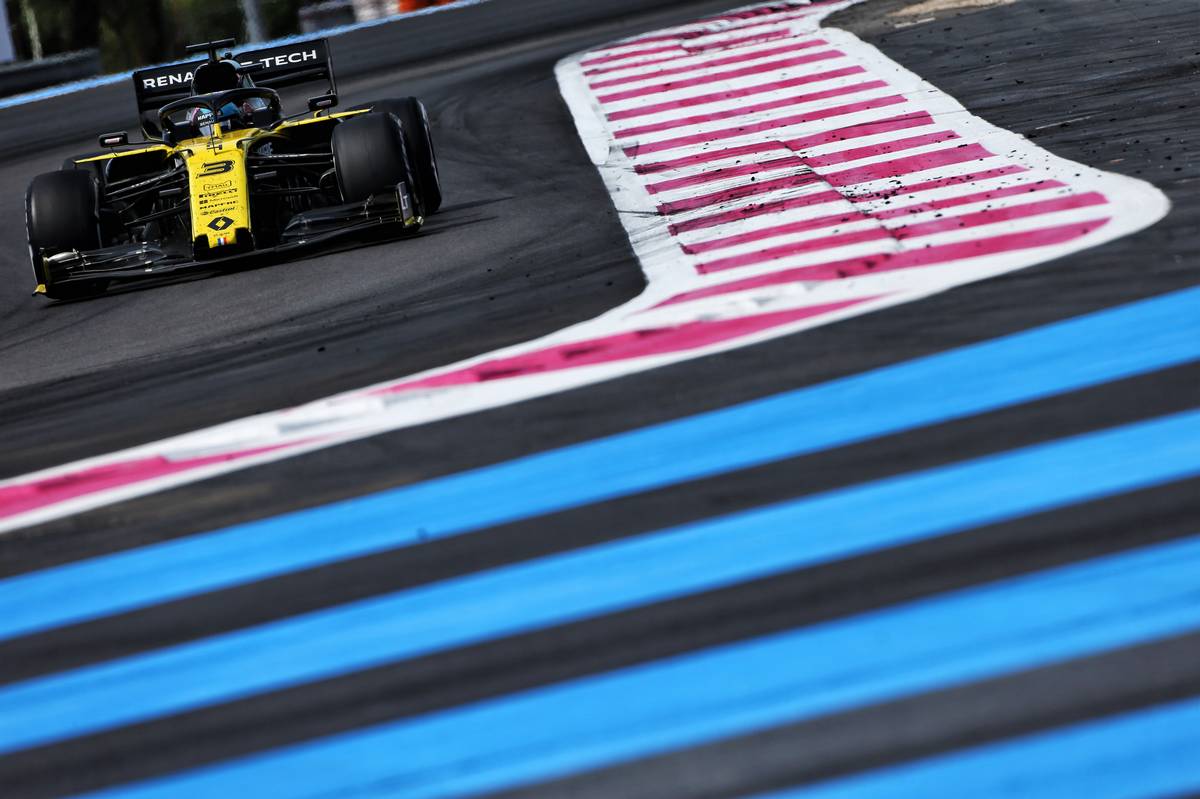 "The Lando one is the one I don’t necessarily agree with," he said. "If anything, it kind of slowed us all down and I don’t think I gained an advantage with what I did with Lando.

“The Kimi one you could say, sure - I went off the track to make a move," he conceded. "But with Lando I don’t think it was like that. If I was in Kimi’s position or if I got passed off the track, then I’d say, 'Hey what is going on?'

"I just don’t know why it was treated as two separate incidents, that's all. The rules have to be there, but..."

Ricciardo added that part of the problem was the design of modern tracks like the Circuit Paul Ricard which offered no natural penalties for running off, leaving the stewards to step in.

“Put gravel, something, there and it automatically stops us. It does stop us," he said, "[It] creates the penalty for us as opposed to then being handed it after the race. That is why I am not really a fan of the big open tracks

However, he quickly admitted: "I think I’d still try if there was gravel there..."

Raikkonen agreed with Ricciardo that the track was partly to blame for the incident arising.

"If he wants to go on the right-hand side he has the space," said the Finn. "If there is a wall then he wouldn’t go past us, it’s as simple as that.

"We all know the rules," Raikkonen added. "We think about the rules all the time and try them out. But you make a decision and for sure at some point when he got past he probably thought, ‘Let’s see what happens’. That’s the result."

Verstappen irked to continually miss out on podiums