It was business as usual for Mercedes and Lewis Hamilton in Friday's opening practice session for the 2019 Austrian Grand Prix, the brit leading the field from Ferrari's Sebastian Vettel and teammate Valtteri Bottas.

Hamilton clocked in with a fastest lap in 1m04.838s that edged Vettel by 0.144s. Bottas however, joined the FP1 session lateafter Mercedes detected an oil leak on the Finn's engine and was forced to swap power units.

Threats of rain falling on the Styrian mountains subsided overnight, allowing drivers to head out onto a pristine and ultra-dry Red Bull Ring.

However, the mighty Mercedes squad kicked off its Austrian GP weekend with a setback, as Valtteri Bottas' W10 underwent a last-minute engine change after an oil leak was found on the Finn's unit.

Mercedes' plan was to revert to Bottas' first engine of 2019 for FP1 and inspect the current unit more thoroughly.

The first real benchmark time came courtesy of Red Bull's Pierre Gasly although the Frenchman was quickly overhauled by Leclerc, the Monegasque followed by Vettel to put the medium-shod Ferrari cars in charge during the session's first 20 minutes.

Shortly after however, Max Verstappen, also on the medium compound, sprang into action, laying down a 1m05.938s that put the Dutchman ahead.

Bottas finally joined the proceedings after 30 minutes, while Gasly - a man out to prove himself following his disappointing campaign so far in 2019 - clocked in second, hot on his teammate's heels. 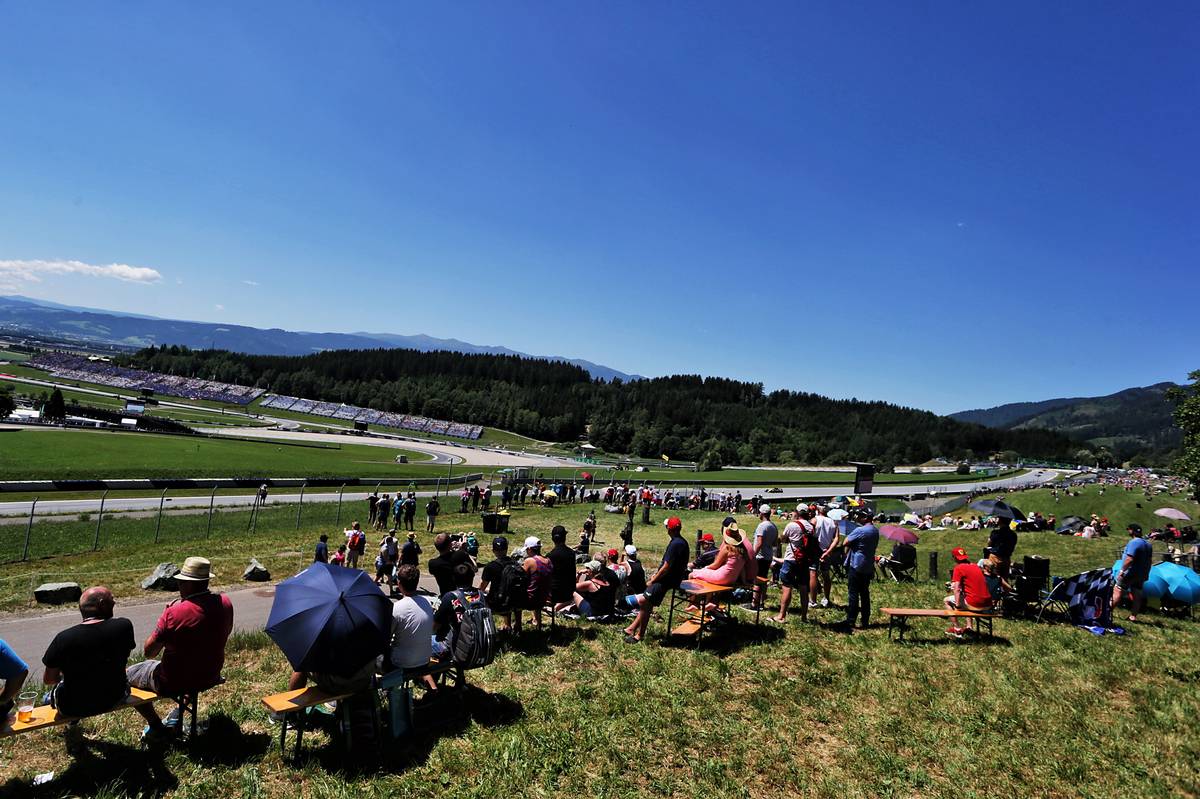 The Red Bull 1-2 was short-lived though with Hamilton splitting the pair and Bottas then slotting in second behind Verstappen.

Leclerc took advantage of a new set of mediums to put himself back ahead.

The Mercedes, now running on softs, would have none of it however, with Bottas and Hamilton snatching back the top spots, the latter fastest in 1m04.838s.

Ferrari was provided with another encouraging sign when Vettel moved up to second, 0.144s behind Hamilton, but doing so while using medium rubber.

In the closing minutes of FP1, the red flag was brandished after Nico Hulkenberg lost a big chunk of his front wing on the main straight, with replays showing the German hitting the sausage kerbs at Turn 9.

One will note however that regarkless of where he qualifies, Sainz will start his Austrian GP from the back of the grid after a complete power unit change on his MCL34.