Mercedes suffered its first defeat of the season in Austria, but third-place man Valtteri Bottas was happy to see his points haul bring him closer to Lewis Hamilton in the championship.

Scorching temperatures in Spielberg forced the mighty Mercedes squad into damage limitation mode last weekend, with Bottas and Hamilton having to manage their engine temperatures over the course of the 71-lap event.

After running second in the early part of the race, Bottas eventually finished third behind Red Bull's Max Verstappen and Ferrari's Charles Leclerc.

But the Finn admitted it had been one of his hardest days at the office, having to abuse of a lift-and-coast strategy to keep his engine temperature in check.

"We knew it was going to be hot, but we calculated it a tiny bit wrong as well," Bottas said.

"I think also the lap time estimates for the lift and coast was not quite spot on. The more we had to do lift and coast, we were losing bigger chunks of time than we actually predicted.

"For me it was the hardest race in terms of power unit management, temperature management, I've never had to manage it so much.

"Also we couldn't run the full power of the engine, because of temperatures, so that was costing quite a bit of lap time as well.

"So it was tricky, attacking and defending was pretty much impossible, and always if there was a car close ahead I was getting brighter, bigger warnings on the dash.

"So definitely a race that we need to learn from and make improvements, because there will be other hot races." 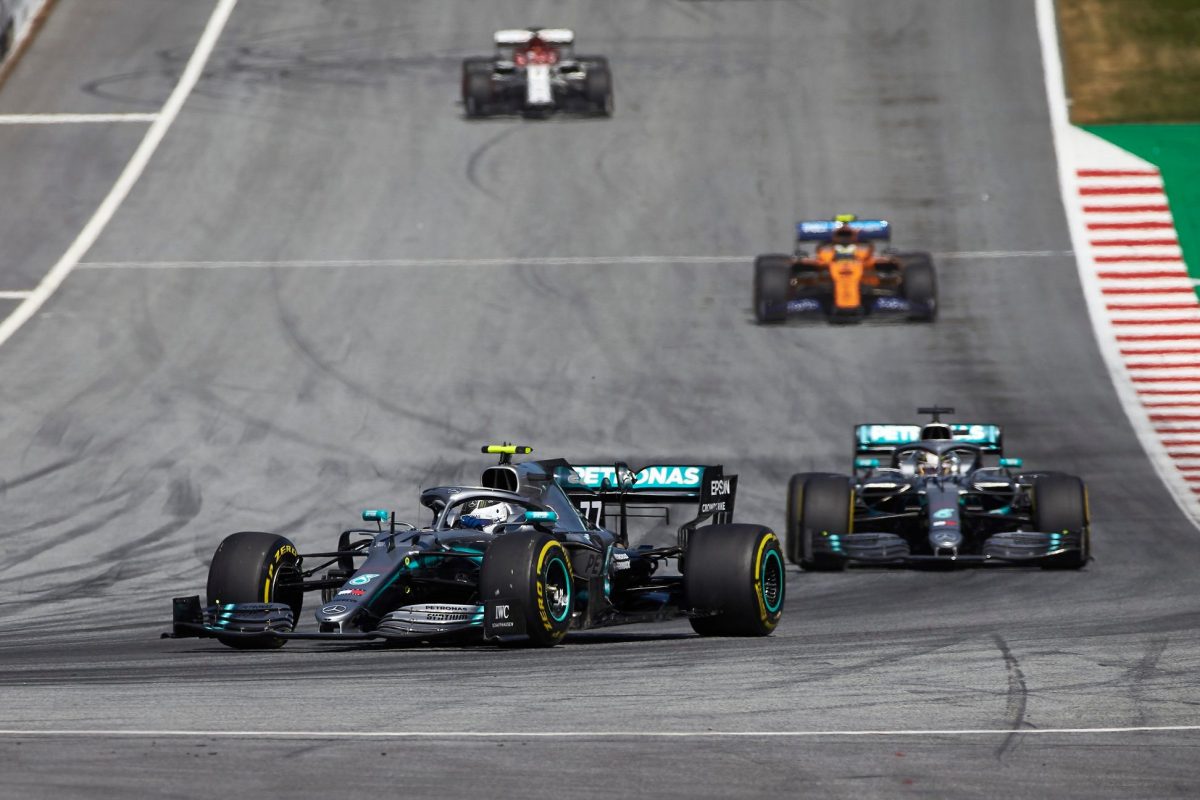 Hamilton's fifth-place finish allowed Bottas to inch closer to his teammate in the title fight, the Finn reducing his deficit to 31 points.

"A positive today for me this weekend," he added. "Being on the podium and getting to drink free champagne, that's always nice! It's a fact. And getting a few points against Lewis in the end.

"I'm second in the championship, and my target is to close in the points to Lewis, and that target was achieved this weekend, although it would be nice to be higher up on the podium there have been.

"There could be a worse weekend in terms of points."