The long-lasting uncertainty surrounding the British Grand Prix at Silverstone has finally been put to rest, with the BRDC extending its contract with F1 until the end of 2024.

The five-year agreement between The Formula One Group, the British Racing Drivers Club and Silverstone Circuit was signed and sealed in London on Tuesday ahead of this weekend's showcase event at the Northamptonshire track.

The financial details of Silverstone's deal remain confidential but it's likely Liberty Media was forced to make a significant concession to keep the British Grand Prix on its schedule.

"We are really pleased to confirm that the British Grand Prix will stay on the FIA Formula 1 World Championship calendar for at least the next five years, with the event remaining at its longstanding home, Silverstone circuit," said Chase Carey, Chairman and CEO, Formula 1.

"We have always said that, if it is to have a long-term future, our sport must preserve its historic venues and Silverstone and Great Britain represent the cradle of this sport, its starting point back in 1950.

"Today, Formula 1 is a global sport, held on five continents, watched by an audience of over 500 million fans around the world and our aim is to grow this number by bringing the sport we love to new countries, while also maintaining its roots: Silverstone and the British Grand Prix are an integral part of that vision."

The F1 community, through the voice of several teams and drivers, had urged Liberty Media and Silverstone to reach an agreement ensuring the circuit remained the home of the British Grand Prix for the foreseeable future.

With the majority of the sport's teams based in the UK or in the vicinity of the circuit, and three British drivers - Lewis Hamilton, Lando Norris and George Russell - currently on the grid, a departure of Silverstone from F1's schedule would have stripped Grand Prix racing of one of its most legendary venues. 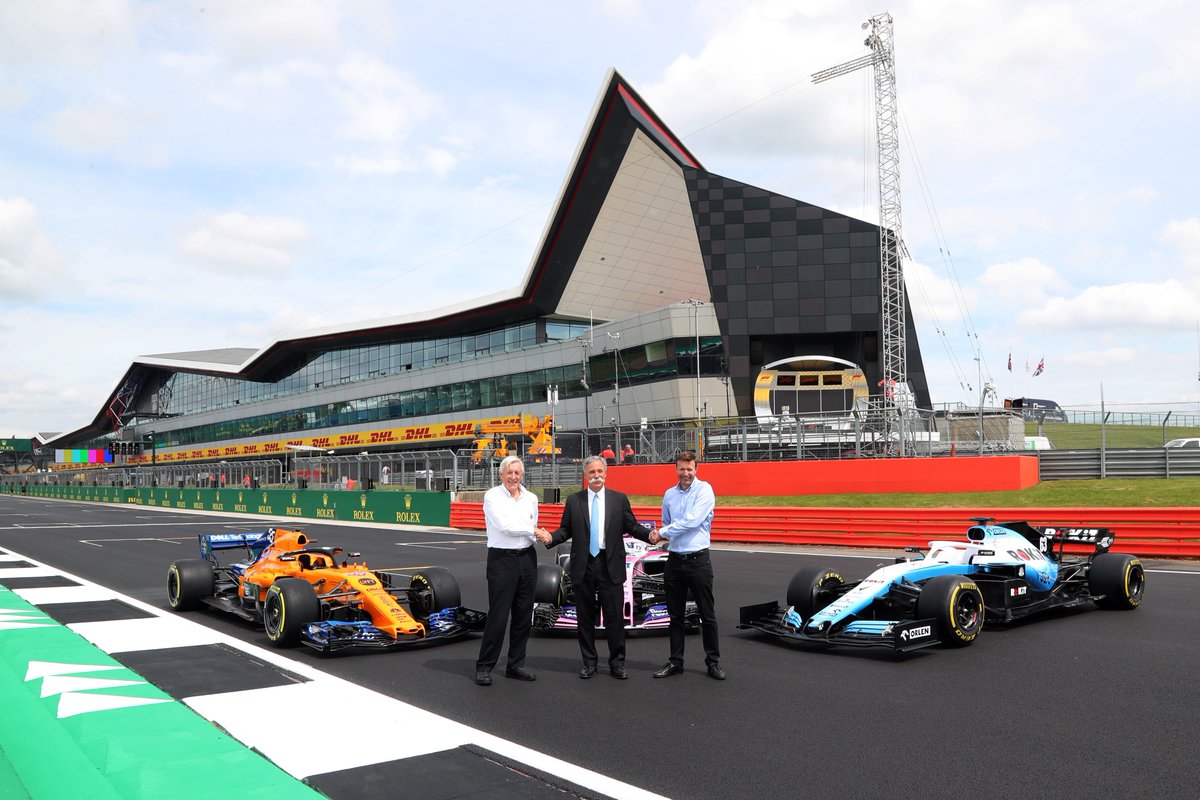 "The British Grand Prix at Silverstone is rightly recognised as one of the highlights of both the F1 championship and the annual British sporting calendar," said Stuart Pringle, Managing Director of Silverstone Circuits Limited.

"This is thanks to our track being one of the greatest drivers’ circuits in the world but also the enormous passion for motor racing that exists in the loyal and knowledgeable fans that we have in this country.

"The prospect of not hosting a Grand Prix at Silverstone would have been devastating for everyone in the sport and I am delighted that we are here today, on the eve of what is sure to be a fantastic event, making this positive announcement about the future."

50th anniversary not on Sir Frank Williams' mind at Silverstone

Wolff expecting Mercedes to be 'on good form' at Silverstone