Lando Norris ensured himself a good spot among the top-ten on the British Grand Prix grid on Saturday but the McLaren rookie isn't expecting an easy Sunday drive at Silverstone.

Norris delivered another solid performance for himself and his team, making the Q3 cut to qualify eight fastest just 0.042s adrift from seventh-placed man Daniel Ricciardo.

The 19-year-old was a tad frustrated by missing P7 by a whisker but still satisfied with his run.

"A little bit frustrating because four hundreds [of a second], as a driver, it's so small but at the same time it can be a lot," Norris said, speaking to Sky F1.

"It's good for my confidence, good for the team, good starting position for tomorrow. It's been a good day, not easy, the wind was gusty and blowing around in different directions and making my life not so easy.

"We've got a few things to work but on a whole it's been a good Saturday."

From the outside, the McLaren MCL34 has been looking steady and well-balanced lately, qualities derived from the car's gradual improvement said Norris.

"We're improving in different areas, there's still big improvements we've got to make, but on a whole it has been nice to drive and gives us as drivers, between Carlos and myself, good confidence, especially in the high speed [corners] which here is quite important.

"We do feel good driving but sometimes when you feel nice and comfortable it's not always the quickest way of driving. It's a positive thing but at the same time we need to keep pushing." 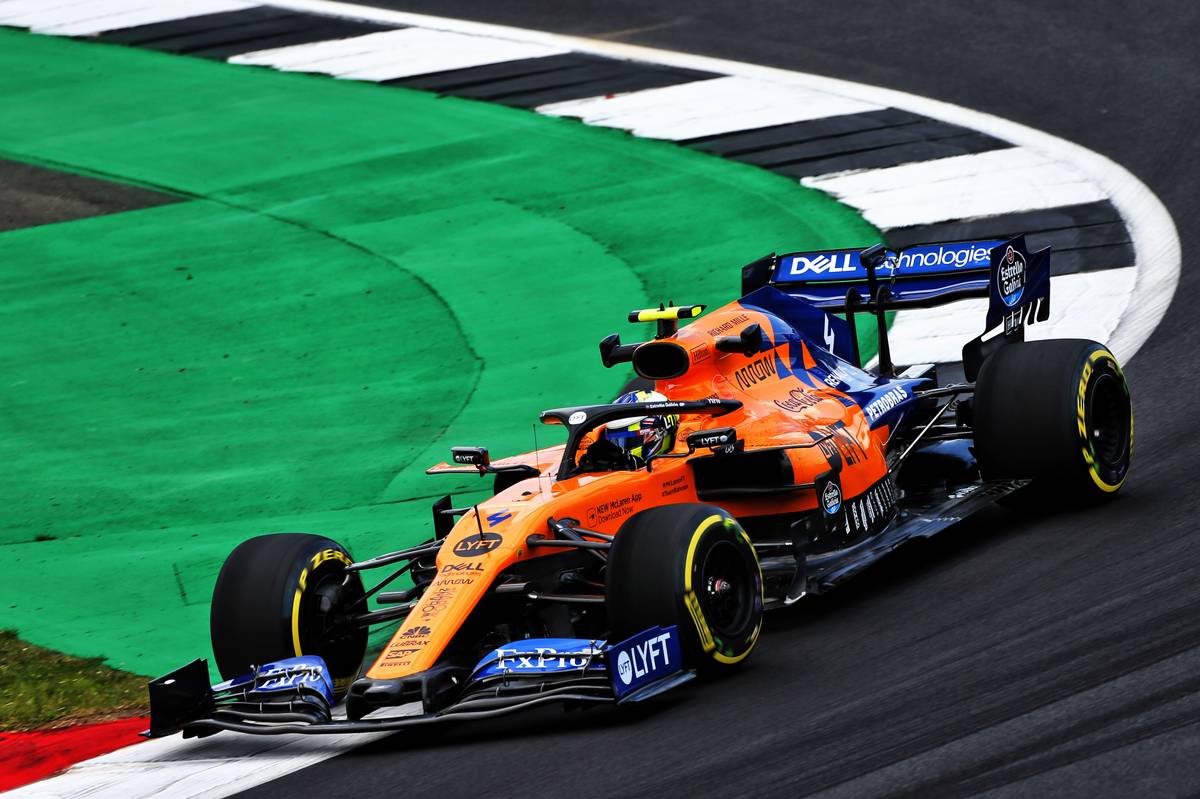 A year ago at Silverstone, Norris enjoyed a few massive wheel-to-wheel battles in F2. While he's hoping for more on-track action he admitted that close racing still isn't the norm in F1.

"It's a bit different in F1," he said. "We have DRS which helps us quite a bit but at the same speed you have Maggotts and Becketts where you lose a lot of downforce when following.

"I'll do my best to go forward, have a bit of fun, enjoy the race on the whole but it's not going to be easy."