Daniel Ricciardo says Renault's improved form at Silverstone compared to its performance in Austria is partly due to the team reverting to more conventional settings for its R.S.19.

The Aussie qualified seventh at Silverstone on Saturday, a result that delivered a sense of satisfaction despite a lap that Ricciardo described as far from perfect.

"Seventh feels good," he said. "The lap itself was a little bit… there were a few corners where I was like 'Ahh.. could have done better there'.

"So it actually wasn't perfect but once I was told I got 7th I said 'that’s' our battle' so I was happy.

"I'm on the clean side of the grid so I might be able to have a crack at Vettel. Gasly, I don't know how he starts, but we'll see how we go. Once the race settles, I think 7th is really the battle."

Ricciardo's weekend got off to a troubled start, with an engine failure that restricted his running on Friday afternoon. But he admitted the setback didn't really impact his preparations for qualifying.

"I didn't get a long run done but still got the low fuel running done, so for today it didn't really affect us, which was good," he added.

"The boys were working pretty hard last night with that and we had a few other things going on.

"From the first lap this morning I knew the car felt a lot better, we made some changes, just to try and address the car and the high speed. So we started on the right foot today."

Renault's relative strength at Silverstone is a sharp contract to the poor form displayed by the French team in Austria, where Ricciardo and Hulkenberg struggled to understand their car's weakness. 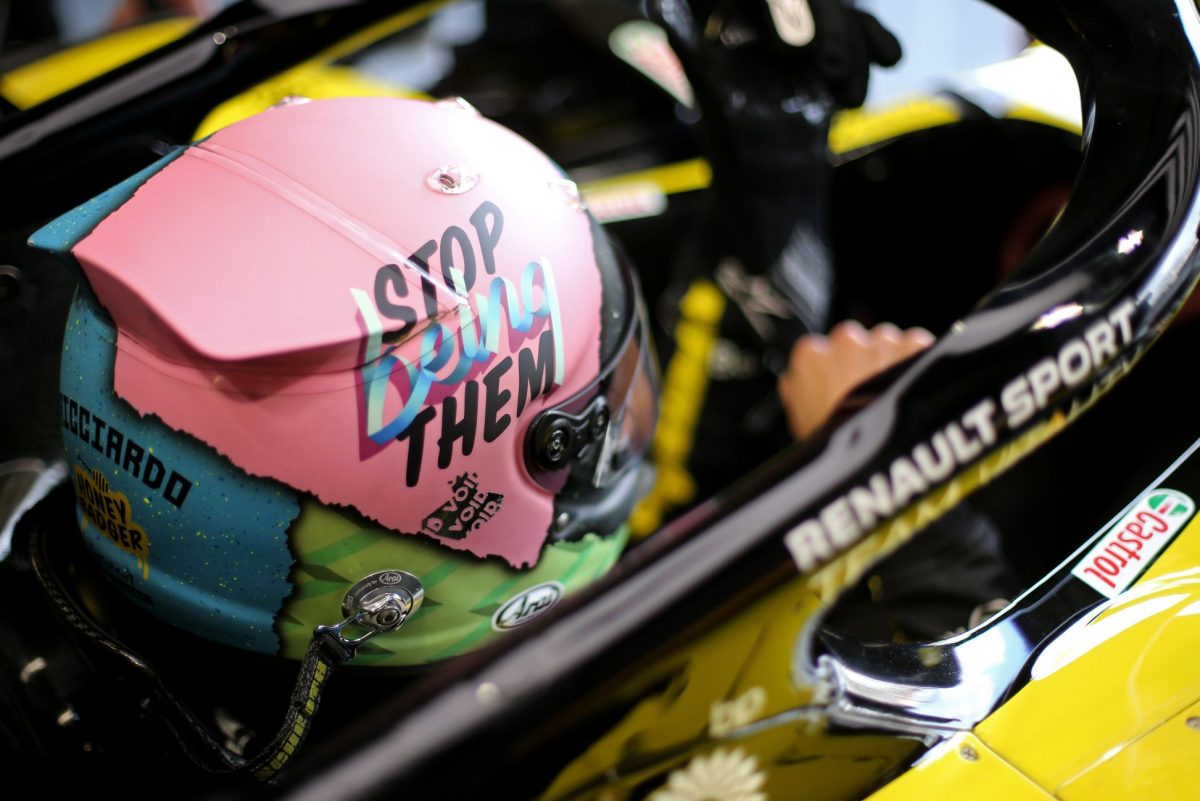 The 30-year-old explained the progress witnessed at Silverstone by reverting the R.S.19 to a more basic set-up.

"Two weeks ago, we were all kind of with our heads down after Austria," Ricciardo explained. "McLaren seemed like ages in front of us, so to bounce back at the next race is really encouraging.

"In Austria we had a few more updates. It's good that we obviously try and push the car and find new limits in a way, but it just didn't work out.

"So we've come back to something more conventional this weekend and just chipped away at that."

The Honey badger thinks he's in a good position to hold his own on Sunday.

"Tomorrow we need to take some points off our rivals and we’re in prime position to do that.

"We’ll try and stay up there and put some smiles back on the team. Our car looked good on long runs so we’ll be targeting a double-points finish tomorrow."

P8 Norris on the pace but admits race 'won't be easy'