As F1, the FIA and teams continue to formalize Grand Prix racing's 2021 regulations, the sport's governing body has revealed that future designs will include a return to ground effects.

The aero concept, pioneered in F1 by Lotus creator Colin Chapman and which was banned in 1983 on the grounds of safety, has been identified as a central element destined to improve overtaking in F1.

Formula 1's aim is to change the approach by which downforce is generated and rely on venturi tunnels and diffusers underneath the car to produce aerodynamic pressure rather than the complex wings and bargeboards that have been at the forefront of F1 designs for many years.

“We want to make it more possible for cars to race and follow each other and to have more exciting battles," explained the former Ferrari engineer.

"We want to have tyres that enable people to fight each other without degrading or only giving a short interval for the person attacking to attack.

"They are simpler than the current cars because a lot of the small components have been removed: especially in front of the sidepods, the front wings are simpler.

"There is a diffuser going right under the car – a venturi channel type manner. There are tunnels under the sidepods from the front to the back." 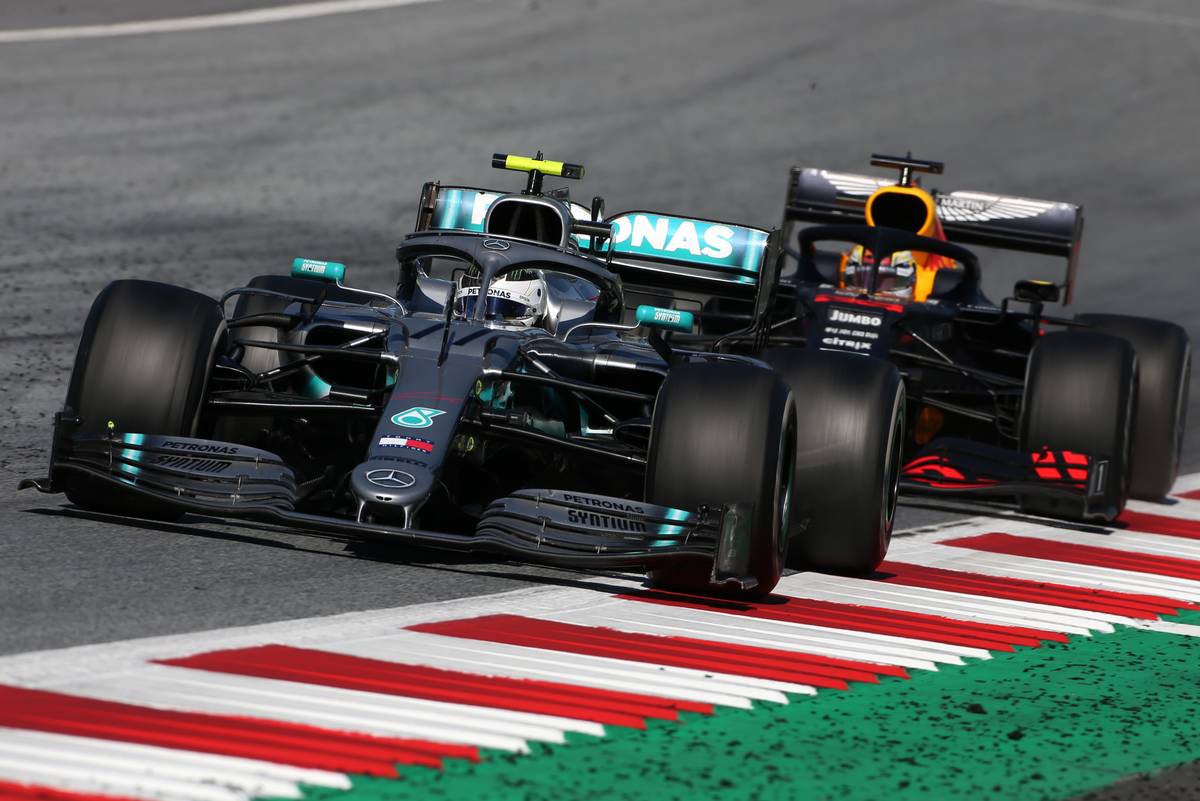 The simpler, perhaps more streamlined designs will not only effect how downforce is generated but also have a bearing on what happens behind a car traveling at high speed.

"The first part of the objective is to improve the wake [from] the front car so the rear car doesn’t suffer so much performance loss," added Tombazis.

'As an indication, current cars two car distances behind front car may lose almost half of their downforce and that makes it much more difficult to follow closely and creates a situation where you destroy the tyres much more easily, for two reasons.

"One is because the cars slide more and hence they destroy the tyres and secondly because obviously adding more turbulence and slow-moving air, the tyres and the rest of the car don’t cool down as they do otherwise.

"What the following car receives is much cleaner flow.

"Typically we are [going] from about 50 per cent loss of downforce for the following car at two car distances [behind] down to about five/10 per cent loss.

"So we have a massive reduction of the downforce [loss] for the following car."