Lewis Hamilton believes that he would have had enough in reserve to challenge for pole position today even if Ferrari drivers Sebastian Vettel and Charles Leclerc hadn't fallen foul of technical issues.

A turbo issue meant Vettel was unable to set a time in today's qualifying session for the German Grand Prix, while Leclerc was forced to climb out of his car at the start of Q3 after his car was hit by a fuel system issue.

As a result they will start from 20th and tenth in tomorrow's race, while Hamilton was able to claim pole with a time of 1:11.767s, which was over three tenths faster than Max Verstappen and Valtteri Bottas.

Hamilton admitted that Ferrari had the edge going into the session, but he also was convinced that he could have made a strong bid to claim pole even if the two Ferraris had been in the running.

“I don't really know how we did it today. I don't know what happened to the Ferraris,” he said afterwards.

“They've been really fast all weekend," he conceded. "I think the Ferraris were on another level.

"We brought some upgrades this weekend, the car's been feeling good," he continued. “The time at the end was good enough to compete at least, with Leclerc.

"If he had done a lap at the end it definitely would have been close between us.”

Bottas agreed that Ferrari had appeared to have the edge this weekend.

"They've been extremely quick here," said the Finn. "We knew coming to the qualifying that it was going to be really difficult to beat them.

"I don't know what was their issue in the end, but we have a good place for tomorrow obviously.

"A bit disappointed [with third]," he admitted. "We didn't really find the same confidence I had in FP3, especially under braking. So just struggled - I need to check everything is alright.

"I'll try and come up from third place, obviously," he continued. "For sure the weather is going to play a big part." 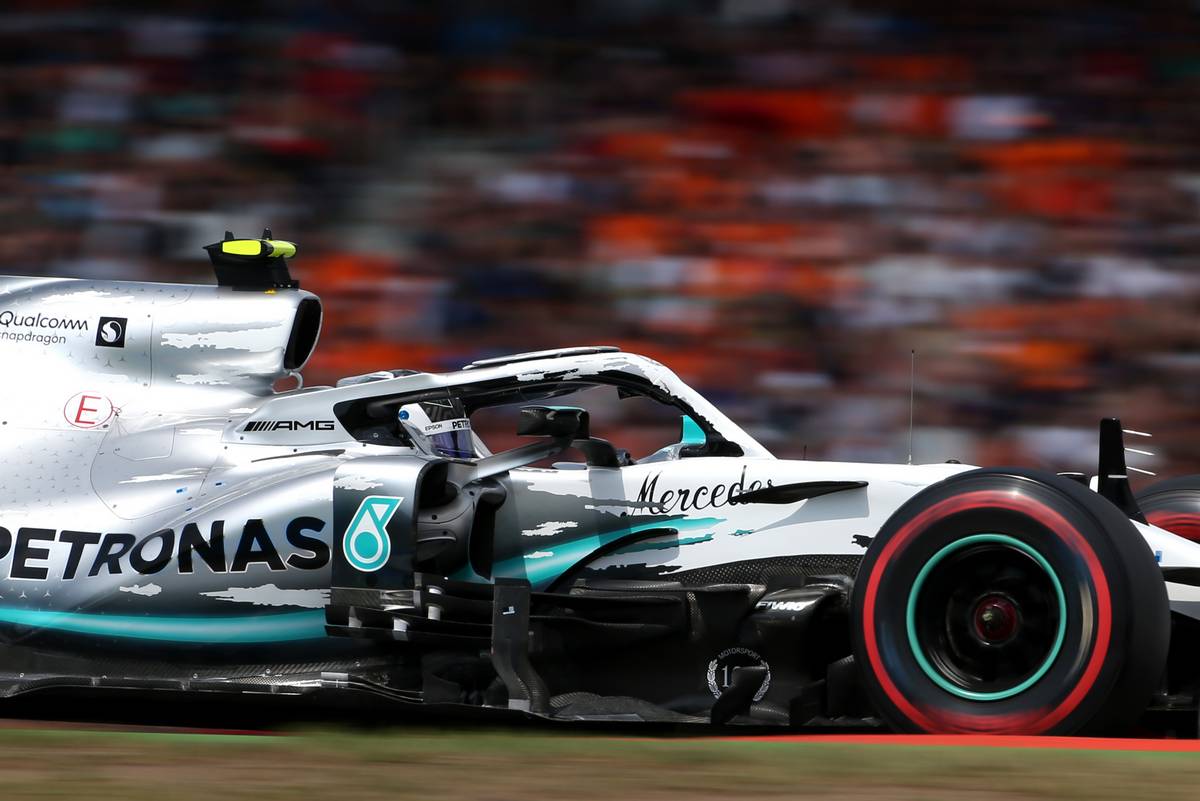 "It's a shame for Ferrari," added Mercedes team principal Toto Wolff. "A shame for Sebastian at his home Grand Prix, we really need him here for the crowds. You can see it's a bit subdued at the moment.

"Ferrari really have an illness in there that they need to cure," he offered. "It's a shame because we need them for a strong championship.

"For us I'm happy because the session started really awfully. We didn't understand why we were lacking pace, but it slowly started to come towards us."

Wolff waved off concerns about Bottas being unable to match Hamilton this weekend.

"He's not far off. Lewis put in an incredible lap. Tomorrow's the race, and if temperatures stay like this then it's about making it to the end and having the right strategy. Valtteri has every chance."

Meanwhile Hamilton was delighted that he and his team mate had been able to delivered for Mercedes at the team's home circuit, and on an important anniversary for the Silver Arrows.

"It's such an important race for us. It's our second home grand prix. Mercedes celebrating 125 years - it's incredible to celebrate in this way.

“This track is incredible,” he said of the historic Hockenheim circuit. “Every year we come here and the cars get faster.

Verstappen rues Q3 mistake that cost him shot at pole