Lando Norris won't face any penalty for potentially impeding another driver on track during the first stage of Saturday's qualifying session for the German Grand Prix.

Toro Rosso's Alexander Albon had to abort a flying lap when he came up on the back of the slower McLaren toward the end of Q1. Both drivers were unable to improve on their existing lap times and ended up being eliminated at the end of the stage as a result.

However the official FIA race stewards decided that there was nothing for them to review regarding the close call between the pair.

"I was on a push lap," Norris pointed out when asked if he had impeded Albon. "He just started the lap behind me. I’ve got nothing to be worried about."

Drivers are not expected to move aside during qualifying if they are on a flying lap themselves. Albon - a good friend of the McLaren driver away from the track - agreed that it had just been one of those things.

"I started my lap half a second behind Lando," said the London-born Thai driver. "He didn’t block me but it’s just how the track is.

"Everyone was bunched up in the last sector, it was just chaos," he explained. "I was right on Lando’s gearbox and there was nothing we could do. It was just one of those things."

But even though there was no interest from the stewards about the incident, there was no disguising how disappointed Norris was with the outcome of today's qualifying session.

He will start tomorrow's race from 16th place on the grid, his worst qualifying result since stepping up to F1 at the start of the year, and only the third time he will start from outside the top ten. 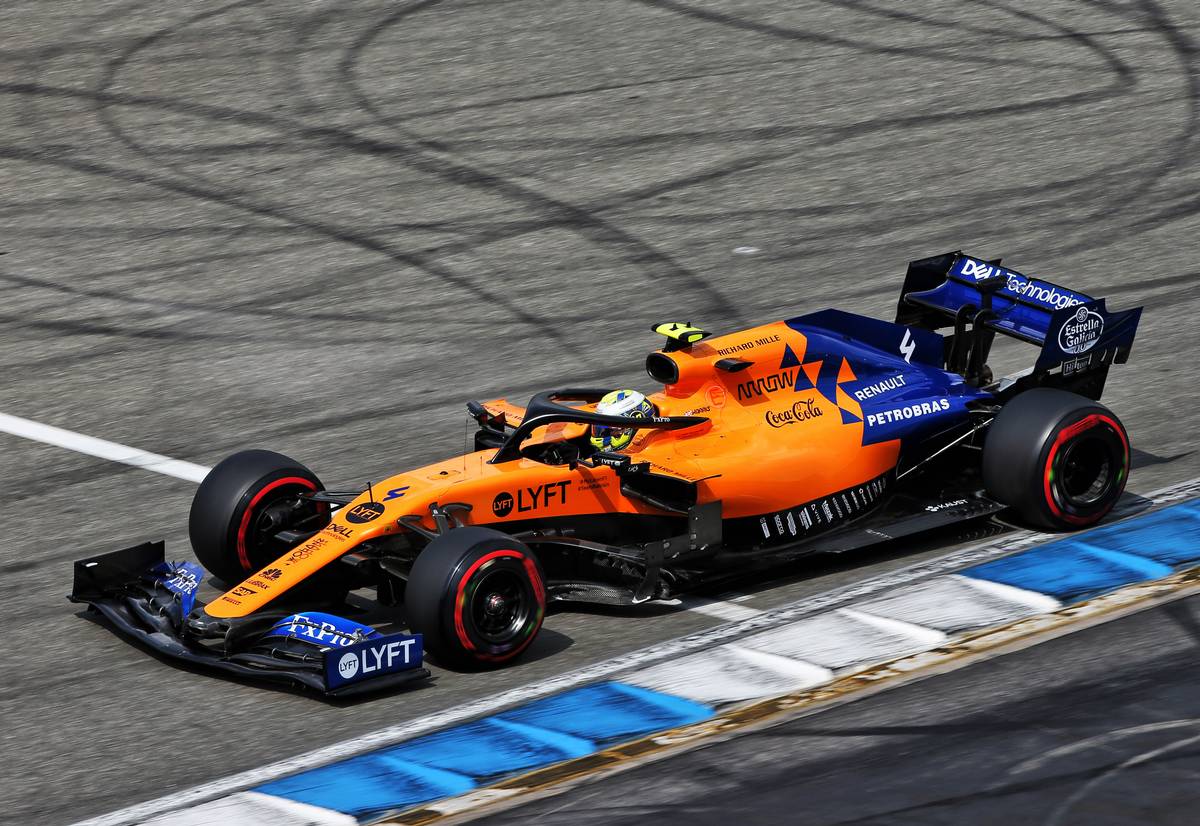 "Another two hundredths and I could’ve been through into Q2," he added. “I’m frustrated because it was such a small amount.

"We knew it would be [close], but still it cost us getting into Q2, which is annoying because our aim is to get into Q3 at least.

"Very small mistakes which cost that much and [prevented me] getting into Q2 today," he continued. "Nothing was missing, but we struggled a little with the car this weekend so it hasn’t been as easy as the other weekends

"I’m frustrated," he reiterated. "But at the same time it’s the first time this year that I’ve let myself and the team down.

"This is the first time I’ve let the team down when there was more potential in the car - Carlos was in Q3 again. Need to move on and look to tomorrow."

'We could have gone even quicker', insists Raikkonen