Renault F1's top engine man Rémi Taffin is predicting a bright future for the internal combustion engine in Grand Prix racing as long as performance remains at the forefront of the sport.

In a bid to bring itself in line with industry and societal changes, Formula 1 ushered in its hybrid era in 2014, a change that led to the development of highly complex but spectacularly energy efficient 1.6-litre turbocharged power units.

Spurred on by the FIA, F1 will likely increase its hybrid component in the coming years, perhaps as early as 2021, but Renault's Taffin is dismissing a fully electric future for F1, at least for the next two decades.

"We obviously wish to make F1 as green as possible. But our main focus remains performance," Taffin told Le Figaro.

"Currently, an electric or hybrid car is less powerful than what can be achieved with an internal combustion engine."

Taffin insists the main drawback for hybrid engines remains the weight of a unit's battery package.

"Today, hybrid engines are heavy and that's a barrier. The big job is making that component as light as possible.

"For road cars, there are targets to reduce fuel consumption and pollutant emissions, so there's a reason to promote electric cars.

"For Formula 1, it's different because we're dealing with lap-time performance." 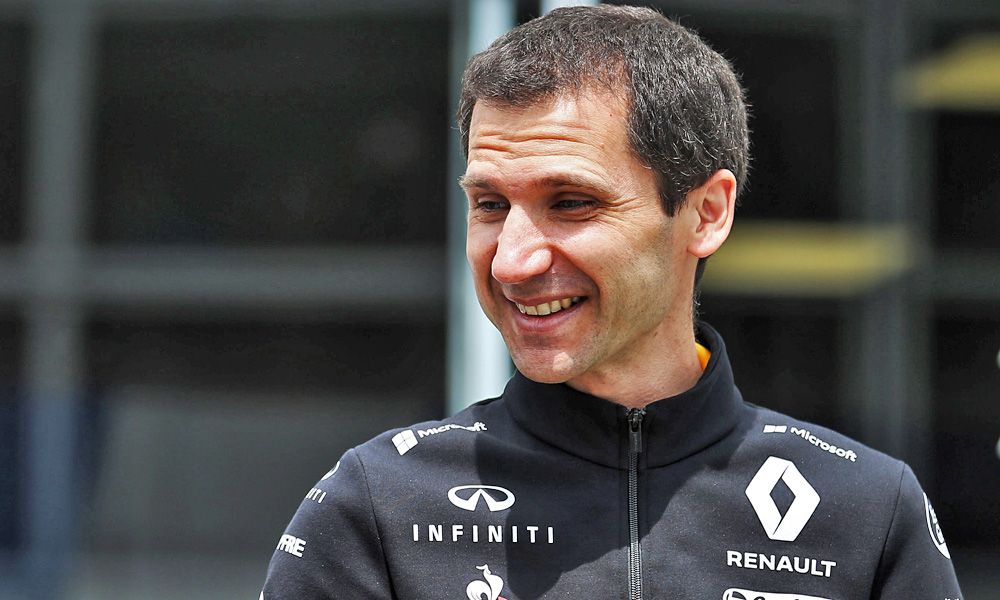 The growing interest of manufacturers for Formula E, or indeed their commitment, as Mercedes and Renault have shown, has led many to believe that the all-electric series could morph into Formula 1, or vice versa.

"Will F1 cars still carry fuel in twenty years?" he asks. "I believe so, yes.

"The transition to electric will take time. Engineers will find the right solution. But the question is when?"