Formula 1's racing director Michael Masi had acknowledged that he will need to look again at a key part of the Hockenheim circuit before any future race is held there.

A section of tarmac used for drag racing located in the run-off area around the final sequence of corners in the stadium section caught out several drivers in last month's German Grand Prix.

Rain left the dragstrip surface with very low grip, and several drivers - including Charles Leclerc, Lewis Hamilton and Nico Hulkenberg - found themselves running wide and sliding off into the tyre wall as a result.

"The tarmac in the last two corners, it's just unacceptable we have that on a Formula 1 track when it's wet," Leclerc complained after being forced to retire from the race on lap 28.

The FIA initially dismissed the criticism from the drivers, with Masi commenting that "The drag strip looks fine" immediately after the race weekend.

“We inspected it the other day and had a look again post race with the water on it," he had added. "It is fine."

But having initially dismissed the grip levels, Masi has now had a rethink after consulting with other drivers involved, especially Hulkenberg who crashed out at the same spot as Leclerc on lap 40 while running in fourth place.

"Nico and I had a discussion, and it was a very productive discussion, but it was a one-on-one chat for a reason," Masi said this week.

"Having spoken to Nico - and I will keep the contents of that discussion between the two of us - it is something that we would consider at the time if we were to go back to Hockenheim. 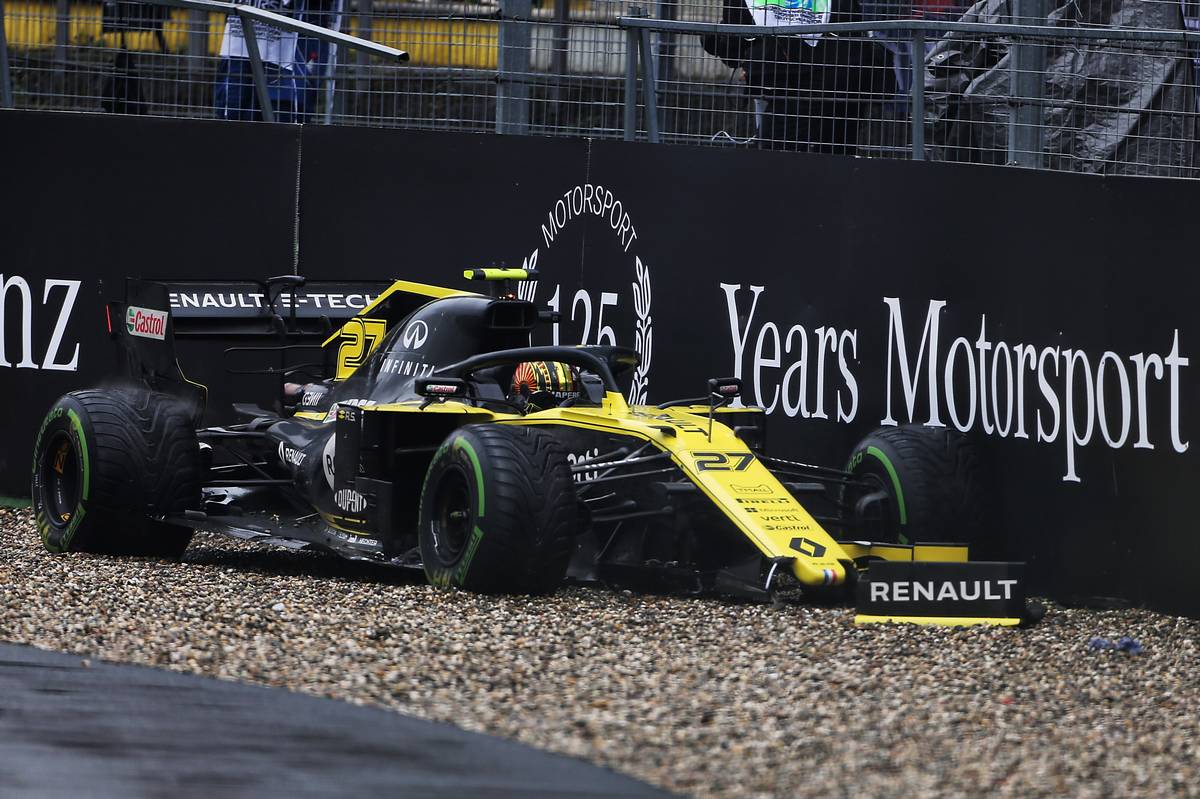 "We would have a look and see if there are other things we can do," he continued.

The matter of the dragstrip may be moot, however, with Hockenheim almost certain not to be on the 2020 calendar, and the future of the German Grand Prix currently up int he air.

Masi explained that there was a constant balance in F1 between the need to make races safe while not sanitising circuits so that they were no longer a challenge.

"It is one of those that is like a kerb," Masi said of the dragstrip element at Hockenheim. "To a degree in some areas, you stay off it, but when it is wet as well I understand.

"That is probably the simplest form at that point."

The FIA has replaced many gravel traps with extensive run-off areas that drivers have complained about, saying it doesn't punish anyone who runs wide or fails to respect track limits.

"It is where we are at the moment, and we will continue to evolve as best as we can."

Ricciardo surprised by size of Gasly deficit to Verstappen