Valtteri Bottas had a dream start to his 2019 campaign. Bouncing back from a disappointing time in the previous season, he beat Mercedes team mate Lewis Hamilton to victory in the first race of the year in Australia.

He was still ahead in the standings after the Bahrain Grand Prix, and while Hamilton briefly went to the top next time out it was Bottas who was in the lead again after winning in Azerbaijan.

However that was the last time that the Finn has had the upper hand in the current championship, and he's now fallen 62 points behind his team mate with nine races remaining.

“It is a big gap, much bigger than I would like to have," Bottas admitted this week. "But that is the gap now.

"There is not much else I can do and I don’t really want to think about it too much at the moment."

Bottas promised to "move on with many races to go, but obviously it is a bit of a tricky situation."

The 29-year-old is acutely aware that his seat with the team is under threat from Mercedes protege Esteban Ocon, and that he needs to perform if he's to successfully fend off the competition.

“When contract-wise you are on the limit it never helps," he admitted. “Some people might think that some drivers perform better under pressure when things are on the limit. But for me, it does not help."

However he insisted that the pressure of his contract status hadn't been a factor in the turn 2 lock-up that cost him second place to Hamilton at the start of the Hungarian Grand Prix.

"I was very hungry for the win even if there was contract talks or not," he stated categorically. "I wanted to win the race, and I wanted to take the risk. But it didn’t go as planned.

“It could have been a lot different," he added. "We are talking about centimetres here and there.

"That's the thing in this sport: balancing the risks just enough and pushing hard to try to take the opportunities, but still not f*** up." 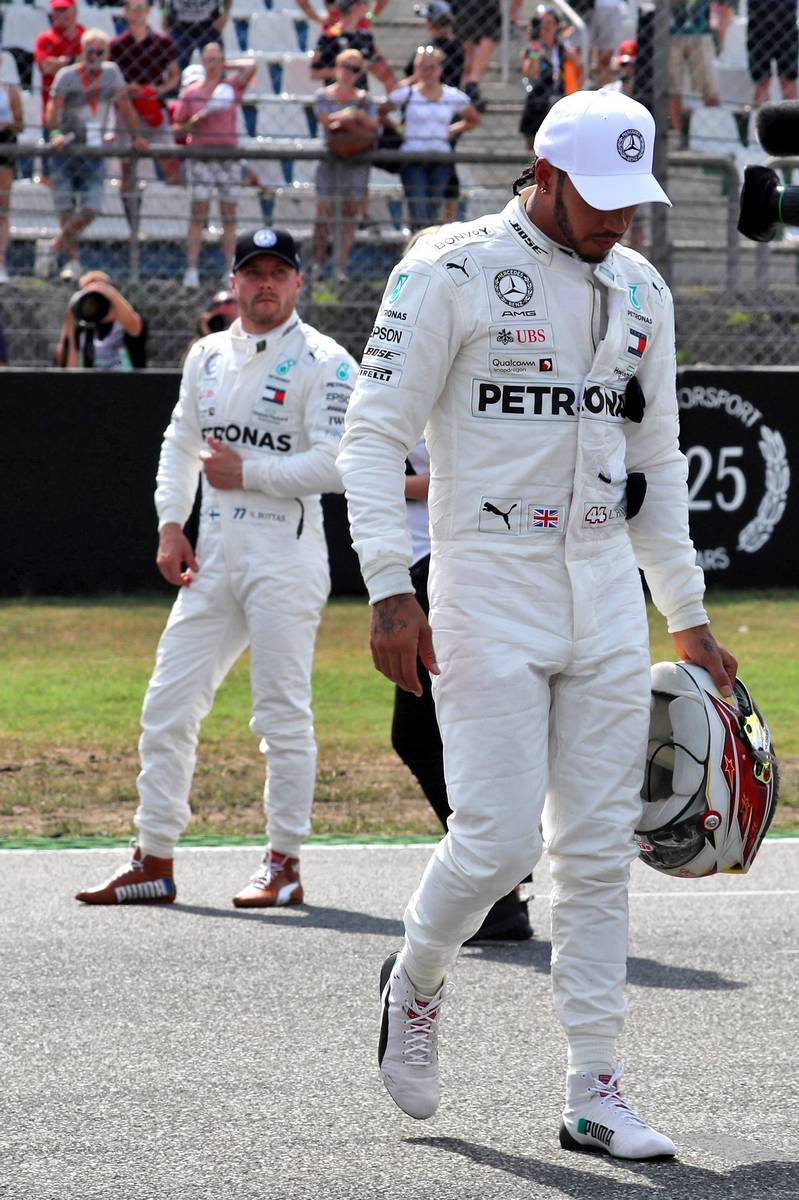 Bottas will now use F1's official two-week summer break to try and recapture some of the spirit of those first weeks of the season, and conjure up the spirit of 'Bottas 2.0' for the latter half of 2019.

"[At the start of the year] I wasn’t feeling very positive about anything, especially Formula 1," he admitted in an interview with the official Formula1.com website. "But I managed to turn those feelings into more energy and a bit of attitude.

"I found a way to understand what I was feeling and realised that maybe I needed to prioritise myself more because in the end, I only have one career.

“Feelings go up and down and obviously the better you feel, the better you’re performing," he pointed out. "I had to remind myself that I’m pretty lucky to be able to do this and it’s better to make the most out of it and enjoy it, because it’s not going to last forever.”

"It was a bit of a wake-up call last year," he admitted. "But maybe there was a purpose – so I could find the next level for my performance by being in a different kind of mindset.

"So I’m taking things day by day instead of looking too far ahead, and really trying to make the most out of every situation."