McLaren might have had a lean spell in Formula 1 in recent seasons, but the scale of the operation in Woking is still daunting to a brand new rookie driver such as Lando Norris.

"It's pretty insane," Norris told Autosport magazine this week when asked what his first impressions of life at the McLaren Technology Centre had been like. "It's at the higher end compared to the majority of the teams!"

Norris spent a year as the team's test and reserve driver in 2018, before being confirmed in a full-time racing role this season alongside Carlos Sainz.

In his first 12 races as a Grand Prix driver, Norris has picked up 24 championship points including two sixth place finishes in Bahrain and Austria. It's helped the team consolidate fourth in the constructors championship heading into the mid-season summer break.

But the 19-year-old from Glastonbury says it took time to get his head around the task in front of him, and to grips with the high expectations of the team as a whole.

"Every day I walk in it's always awesome," he said. "It does add a bit of pressure at the same time, knowing all of these people there are relying on Carlos and myself to do a good job.

"It puts more pressure on you, but it's a pressure that's gone away more and more, in a good way," he explained. "I did the first race, and I was like: 'I've got a lot of people expecting things!'

"It's the same now, but I'm more relaxed on that side," he continued. "And more confident in my own driving, that I can do a better job and I won't disappoint them. 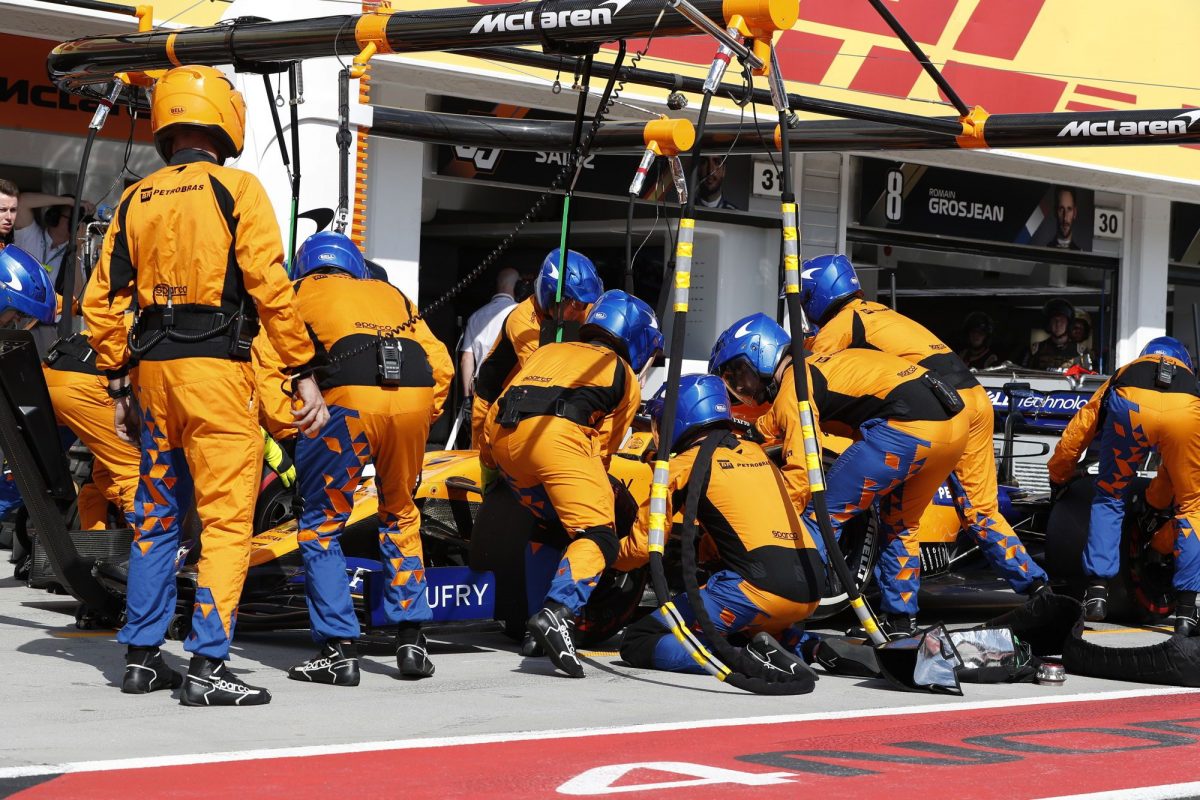 Norris was FIA European Formula 3 champion in 2017 and runner-up in last year's Formula 2 championship, but says that the scale of the operation in the junior formulae simply didn't compare to his current workplace.

"In F2 you don't have upgrades," he pointed out. "You make tweaks here and there, but it's nowhere near on the level F1 is."

As a result, that there's a lot more emphasis in Formula 1 on driver feedback to drive the car's development through the current season and beyond.

"Together with Carlos, everything I say now and complain about is stuff they might have an upgrade for in three, four or five races time.

"A lot of the stuff I say this year, next year will have a big effect as well [so] you just need to think a bit more about longer-term effects."

That sense of the responsibility on his shoulders had led to Norris soaking up as much about the details of the sport as possible.

"I've spoken to a lot of people, aerodynamicists, and guys in different bays or the carbon shop or trim shop or whatever," he said.

"It's always cool, and I always find out something more."

Magnussen no friend of Hulkenberg, but 'respects' his talent