Former F1 driver Pastor Maldonado has revealed that contacts with Ferrari in 2013 almost led to a drive with the Scuderia.

Maldonado entered F1 with Williams in 2011 and delivered in Barcelona in 2012 the Grove-based outfit's most recent Grand Prix win and his own single triumph in F1.

The Venezuelan driver negotiated an early release from his contract with Williams at the end of 2013, convinced that the team was purposefully trying to undermine his performance.

Maldonado then took his lavish sponsorship budget supplied by oil company PDVSA to Lotus for the following two seasons, his last in F1.

But the man nicknamed 'Crashtor' for his fiery and accident-prone reputation contends that before joining Lotus, he had opened discussions with… Ferrari!

"With Ferrari we got quite close," recounted Maldonado. "Because to be honest, if you look back at the time, I was the only new one in Formula 1 who achieved a victory without a winning car.

"The Italian guys, they were always following my results, my career. And at some point we got quite close." 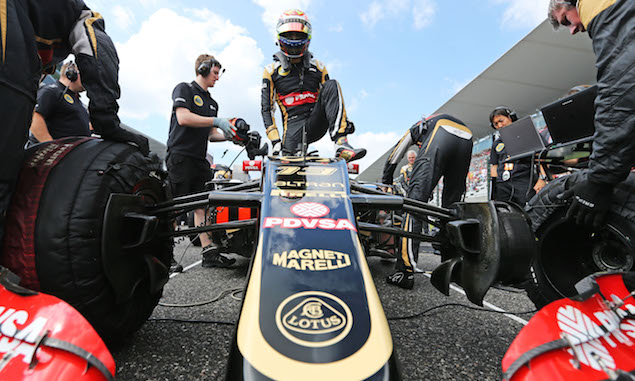 However, Madonado claims that management changes at Ferrari, with the departures of team boss Stefano Domenicali and then chairman Luca di Montezemolo in 2014 (when he was already racing for Lotus), thwarted his prospects with the Scuderia.

"We lost the contacts and the communication," he said.

"I’ve never been to Maranello but we had a few meetings at the track. I met Domenicali a few times and I met also di Montezemolo."

The 34-year-old former driver conceded that his 2014 move to Lotus, just as F1 ushered in its hybrid-engine era, was poor timing.

Lotus subsequently under-performed while Williams became a contender once again thanks in no small part to the qualities of its Mercedes hybrid engine.

In hindsight, Maldonado has no doubt he could have achieved more in F1 than what his track record displays.

"A lot more," he insists. "When you see drivers in F1 you said ‘oh my God, I can do that better than this’. Even now. But maybe it’s not my moment anymore."

Pirelli primer: which tyres for the Italian GP?