Lewis Hamilton might be starting from the front row of the grid in Sunday's Italian Grand Prix, but he wasn't happy with the antics of his rivals in qualifying at Monza.

Almost none of the drivers got to start their final flying laps in Q3 after the pack got held up by cars playing 'cat and mouse' games on their outlap in order to pick up the all-important tow from a car in front.

"We’re down on the Ferraris in a straight line so we particularly need it," Hamilton conceded. "Others also do. With this new wing, the drag is much bigger this year so everyone’s focusing on that."

As a result of the tactical games, all but one car failed to get to the line before the chequered flag

Hamilton was convinced that the hold-up was an intentional ploy by Ferrari to safeguard Charles Leclerc's provisional pole from his first lap time in Q3 before a red flag for Kimi Raikkonen's accident.

"It's definitely is a little bit of an anti-climax that we couldn't all go out and do that final lap," he said. "It's crazy with this timing now we have, this system we have, where everyone backs up trying to get a position.

“They basically timed us out,” Hamilton said afterwards. “It’s interesting, [their plan was to] get pole position in the first run and then just time everyone out."

Hamilton was concerned that such hi-jinks could prove dangerous if they were allowed to carry on in future. "In some places you want a bigger gap, and some places it is about the tow. It's track specific.

“On the outlap it’s dangerous for us all," he argued. "There’s people slowing down and you don’t know who is alongside you.

"It’s definitely risky business out there - but kind of enjoyable at the same time," he admitted. “Everyone was slowing right down, and blocking the way, so you couldn’t really get through.

"It was pretty dangerous," he said. "I almost crashed a couple of times, trying to stay out of the way, guys braking ahead of me and people coming past me. 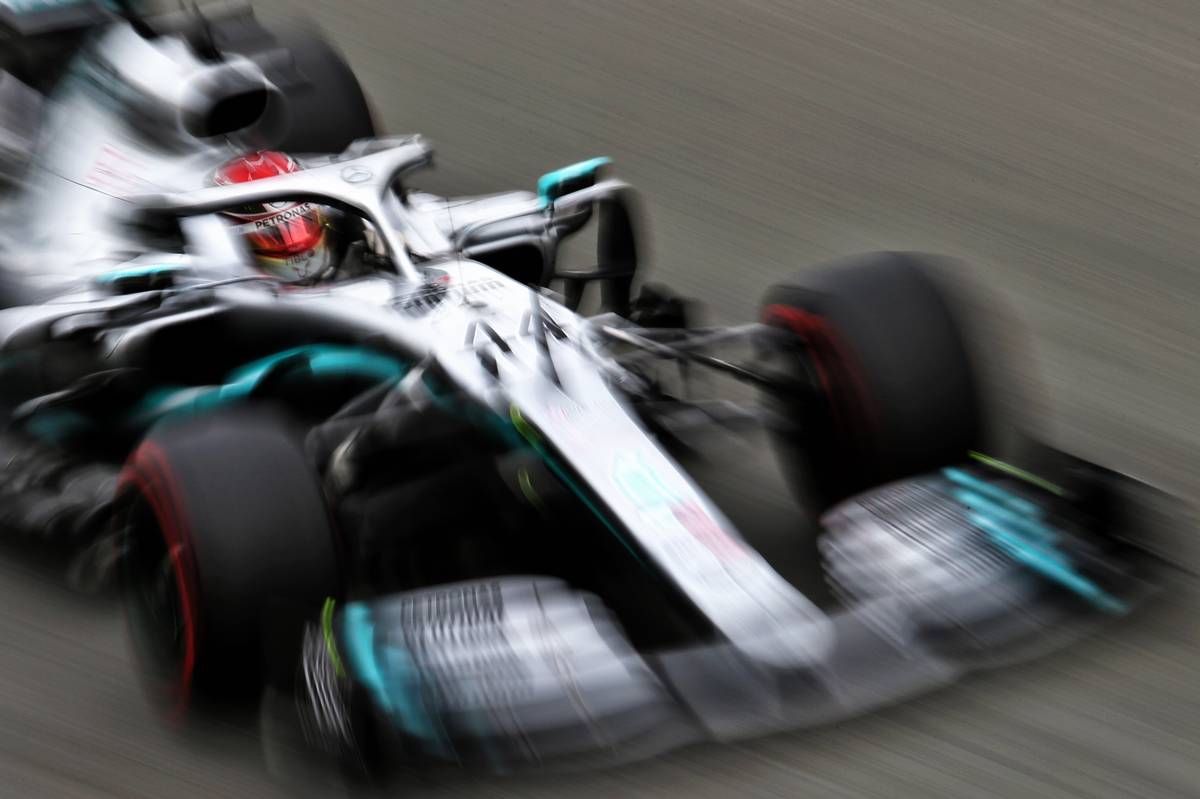 "If everyone is going out so late it will continue to be an issue in places where you particularly need a tow. It won't be until someone crashes that they will change.

“It would have been nice to be able to compete on that last lap," he added. "Get to really thrash out the cars and see who really had the edge at the end. Unfortunately we all timed out.

“It was a bit of an anti-climax for all of you," he admitted. "Maybe they should have extended the session or something.

"I’m not really sure how we can get around this, everyone brake testing and slowing down to let others past just to get the tow," he shrugged. “I just wish I went out earlier. Went out there and did a clean lap.”

But second place for Hamilton on the grid for tomorrow's race is a good outcome for the championship leader considering they are struggling to match the pace of their Italian rivals.

“I have to be grateful that we’re on the front row," he acknowledged, sounding relieved to be in the mix. "We get to have a fight with the Ferraris tomorrow.

"We split them, so as a team it's really good position for us to be in."