Charles Leclerc carried the momentum of his Spa victory last weekend through to Saturday's qualifying session at Monza to claim pole position for the 2019 Italian Grand Prix.

In a messy cat-and-mouse end to proceedings with drivers tripping over each other as the clock ran down, Lewis Hamilton took second place ahead of his Mercedes team mate Valtteri Bottas. Sebastian Vettel lines up in fourth.

The session saw two red flags, with a technical issue for Racing Point's Sergio Perez in Q1 and an accident for Alfa Romeo's Kimi Raikkonen in Q3.

Already set to start from the back row due to engine change penalties, Max Verstappen's only appearance on track ended prematurely with a loss of power in the Red Bull that forced him to return to pit lane. 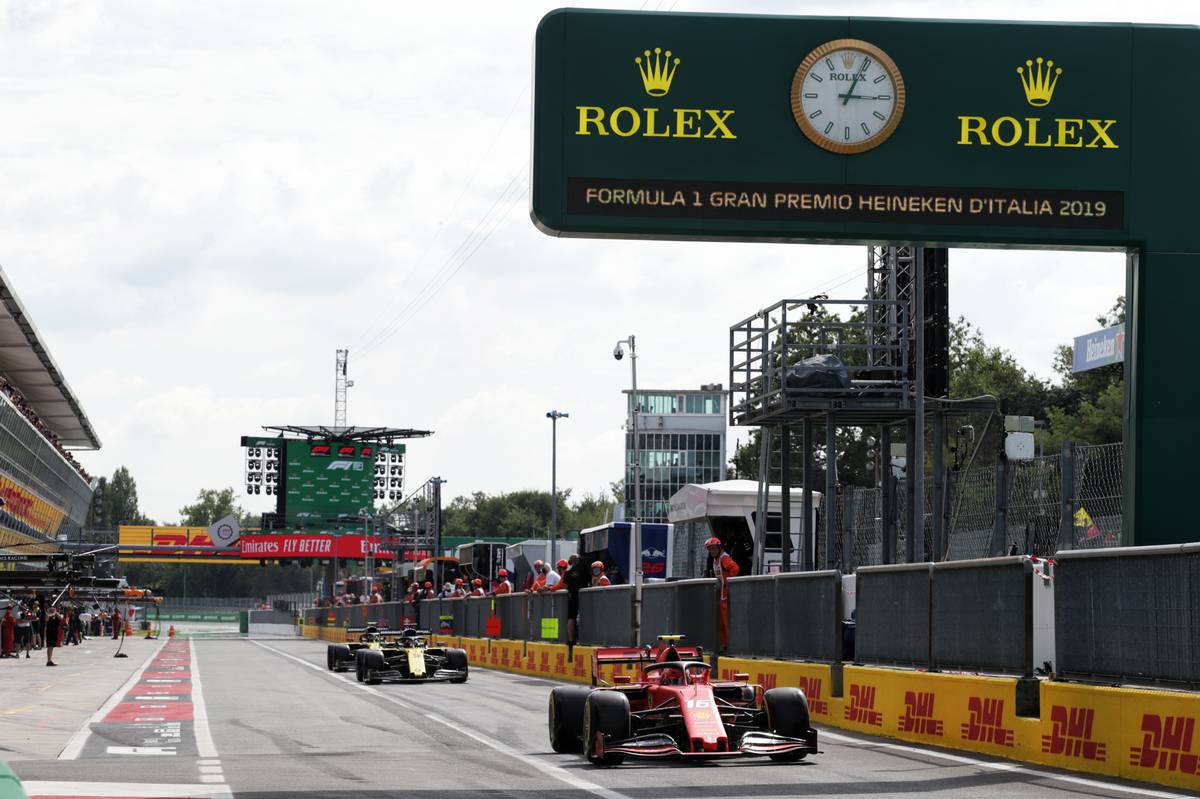 Appealing late summer conditions on Saturday afternoon at the Autodromo Nazionale Monza more than made up for the soggy start to the weekend on Friday, and a close finish in final practice promised a tight and thrilling qualifying session for the Italian Grand Prix.

Q1: Leclerc and Hulkenberg on top as Perez and Verstappen suffer issues

There was a slight pause after the track went green before Robert Kubica became the first driver in the Williams to spring into life. After that, most of the midfield was soon galvanised into action as team mates jockeyed for position to achieve a 'tow' around the super fast circuit.

Of the early runners, Antonio Giovinazzi was quickest with a first push lap of 1:20.657s, over a tenth quicker than McLaren's Carlos Sainz and his own Alfa Romeo team mate Kimi Raikkonen, the man who was on pole here 12 months ago when he was still with Ferrari.

A second wave of flying laps saw the two Renaults of Nico Hulkenberg and Daniel Ricciardo go to the top on soft tyres, as was Red Bull's Alexander Albon. That put him ahead of Ferrari's Charles Leclerc who was initially sticking with the medium compound. Attempting the same gambit, Sebastian Vettel was only tenth fastest with his first push lap.

The Mercedes drivers were among the last drivers to set times, Valtteri Bottas debuting in second place behind Hulkenberg and Lewis Hamilton one place further back on the soft tyres. Everyone was then shuffled one place back by an improved run by Leclerc which saw the Spa race winner post a time of 1:20.126s. Vettel was also able to make progress with his latest lap on mediums, albeit only up to sixth - but all the same, looking safe for the rest of Q1 all the same. 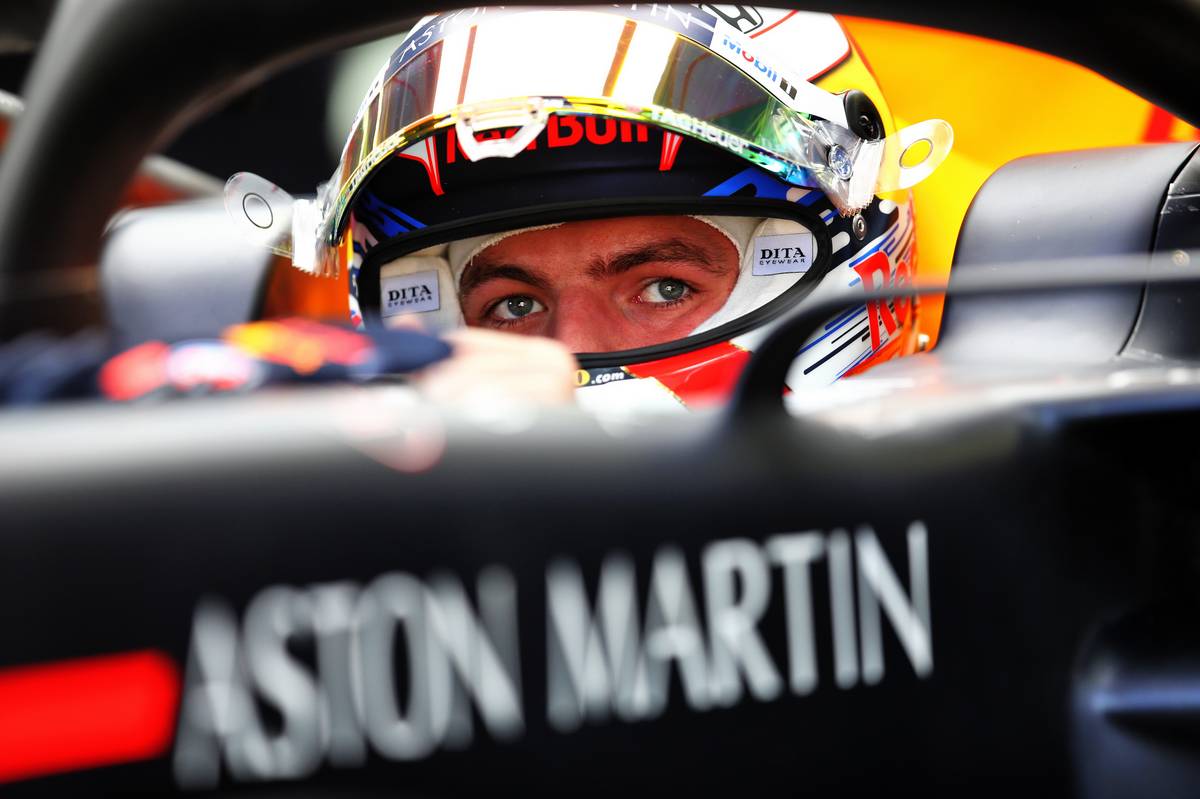 Leclerc was in the process of offering Vettel a tow when the session was placed under a red flag for Sergio Perez coming to a halt just after the Curva Grande. With just four and a half minutes left on the clock, it left Perez among the five cars in the drop zone along with Haas' Romain Grosjean, Kubica and his team mate George Russell - and Max Verstappen, who had yet to set a time given that his latest engine change meant he would be starting from the back of the grid on Sunday in any case.

Verstappen did venture out when the session resumed, only to report a now all-too familiar loss of power that forced him to abort and head back to the garage. Of the top seven only Leclerc roused himself to pop back out on track but there was no change among the top runners by the time the chequered flag came out.

Other drivers did make improvements. Grosjean briefly popped out of the elimination zone only to be shuffled straight back in again by improvements elsewhere. It meant he ended up joining Perez, Russell, Kubica and Verstappen on the sidelines for Q2. Even so, the Frenchman was still within seven tenths of Leclerc's top time in what had indeed proved to be an exceptionally tight first round. 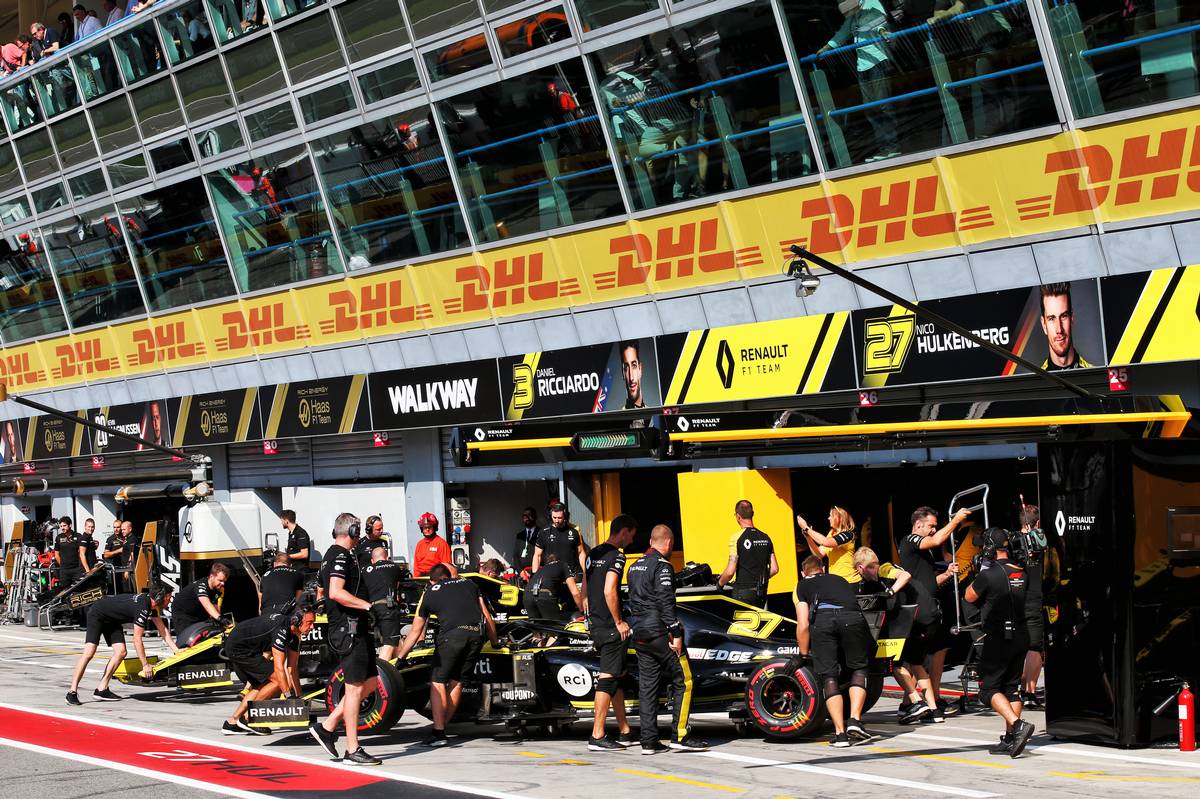 With everyone deciding on soft tyres for Q2, Toro Rosso's Daniil Kvyat was the first driver to set a time, but it was immediately bettered by faster efforts from Kevin Magnussen and Lance Stroll. After that the big guns moved into place, Leclerc taking the top spot with a time of 1:19.533s which was 0.153s better than Hamilton followed by Vettel, Ricciardo, Bottas, Albon, Hulkenberg and Sainz.

Raikkonen's run failed to set a time after he briefly went off at the first Lesmo, but the Finn kept the Alfa away from the barriers while not beaching the car in the gravel. It meant that he had only one remaining opportunity to set a flying lap, which was enough to put him into tenth place and through to Q3.

Albon had been the unfortunate driver lured into leading the train of cars back into action. With Verstappen no longer in play, it meant that the Red Bull lacked any car ahead of him to provide a slipstream and left him unable to improve on his time. Fortunately his earlier effort proved good enough and he held on to sixth place.

While Hamilton nipped in front of Leclerc to finish Q2 at the top by 0.089s, at the other end Giovinazzi narrowly failed to match his team mate by a mere two thousandths of a second. It meant he was 11th and missed out on the final round top ten pole shootout along with Magnussen, Lando Norris and the two Toro Rossos after Kvyat and Pierre Gasly were unable to sustain a crucial tow when it mattered. Not that it was a huge loss to Gasly whose engine penalties meant he would be at the back of the grid regardless, as would Norris. 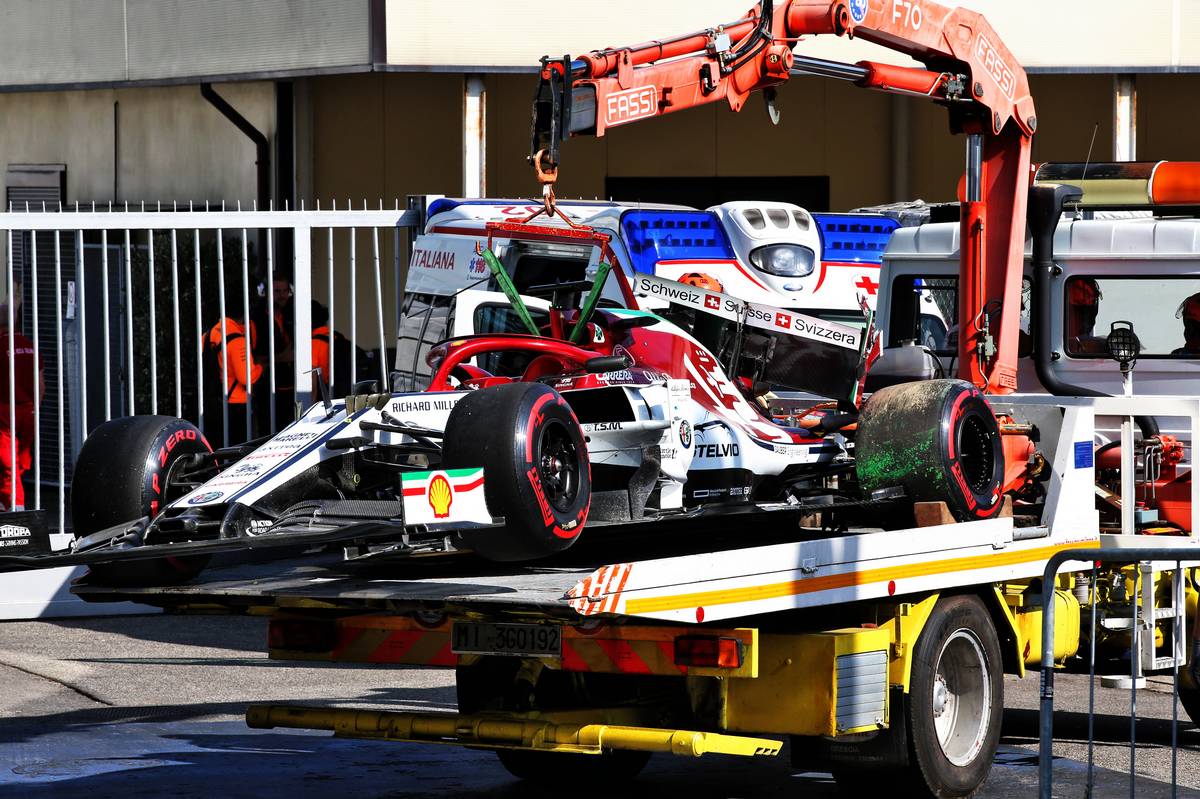 The pursuit of the perfect tow meant that there was all sorts of fun and games as the remaining ten cars headed out for the start of the final round. Mercedes appeared to be at the front only to pull off their 'let's do a practice start' feint at the exit of pit lane which spat the two Ferraris out on track in the lead instead. Vettel was then left out on his own with Leclerc apparently losing touch with his team mate and dropping behind the two Renaults.

The result was clear in the timings, Leclerc going top with 1:19.307 which was just four hundredths quicker than Hamilton who'd been working in tandem with Bottas who was just eight thousandths behind. Vettel slotted into fourth ahead of the Renaults of Ricciardo and Hulkenberg, while Sainz opened his Q3 account in seventh.

However there was no time recorded for Albon, as the second red flag of the afternoon had been issued before he made it to the finish line after Kimi Raikkonen lost the back end of the Alfa Romeo at the Parabolica and ran off backwards into the tyre wall to trigger the second stoppage of qualifying.

Six and a half minutes were left on the clock when the session resumed once Raikkonen's C38 was removed, gravel swept from the track and the dishevelled barrier pulled back into shape by the track workers. However, two of those minutes saw the cars remain static on pit lane as nervous teams dared their rivals to make the first move.

When everyone finally jumped into action, it was Hulkenberg who blinked first and headed out at the front. He then tried a crafty trick by taking to the run-off at the first chicane, but Stroll refused to take the bait and instead backed up the rest of the field. It made it touch-and-go as to whether anyone would even get to start their final flying lap before the chequered flag.

The cat and mouse games did indeed take their toll: eight of the cars failed to cross the line in time, leaving only Sainz speeding away at the front. However with no one to slipstream, there was no chance of the McLaren taking pole from Leclerc, with Hamilton and Bottas remaining ahead of Vettel.

Renault locked out the third row, with Sainz ultimately holding on to seventh and Albon unable to set a time meaning he would start in eighth ahead of the similarly timeless Lance Stroll, while Raikkonen is set to start from tenth unless his gearbox needs an overnight change following his accident.

However the race stewards were less than pleased with "the big mess" as Leclerc accurately described it, and announced there would be a review before the grid was finalised for tomorrow's race. 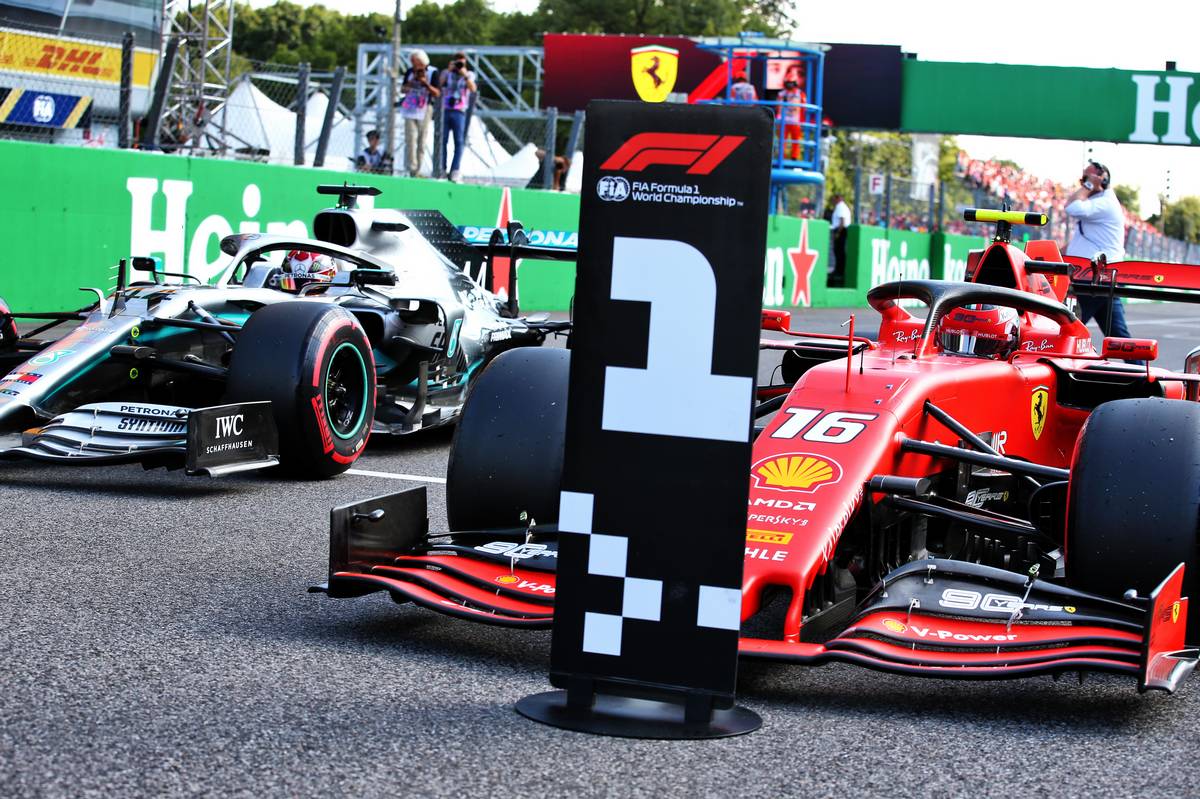 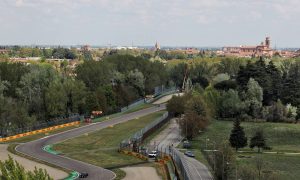 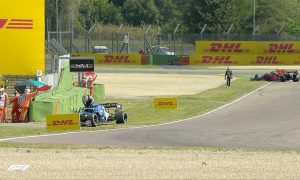