Max Verstappen and Alex Albon are stocking up on the red-rimmed tyre, with ten sets each, but Charles Leclerc and Sebastian Vettel will have nine sets of the C5 rubber, while Lewis Hamilton and Valtteri Bottas have elected for a more conservative approach, choosing just eight sets of the soft tyre.

Racing Point has followed Red Bull's lead by also stocking up on softs, while Williams' drivers, at the other end of the spectrum, will rely on a field-low of just seven sets of softs.

Mercedes and Ferrari will have an identical allocation of medium tyres next week at Marina Bay, while Red Bull's chargers will be given just one set of the yellow-rimmed tyre.

Check out the full allocation for the 2019 Singapore Grand Prix below. 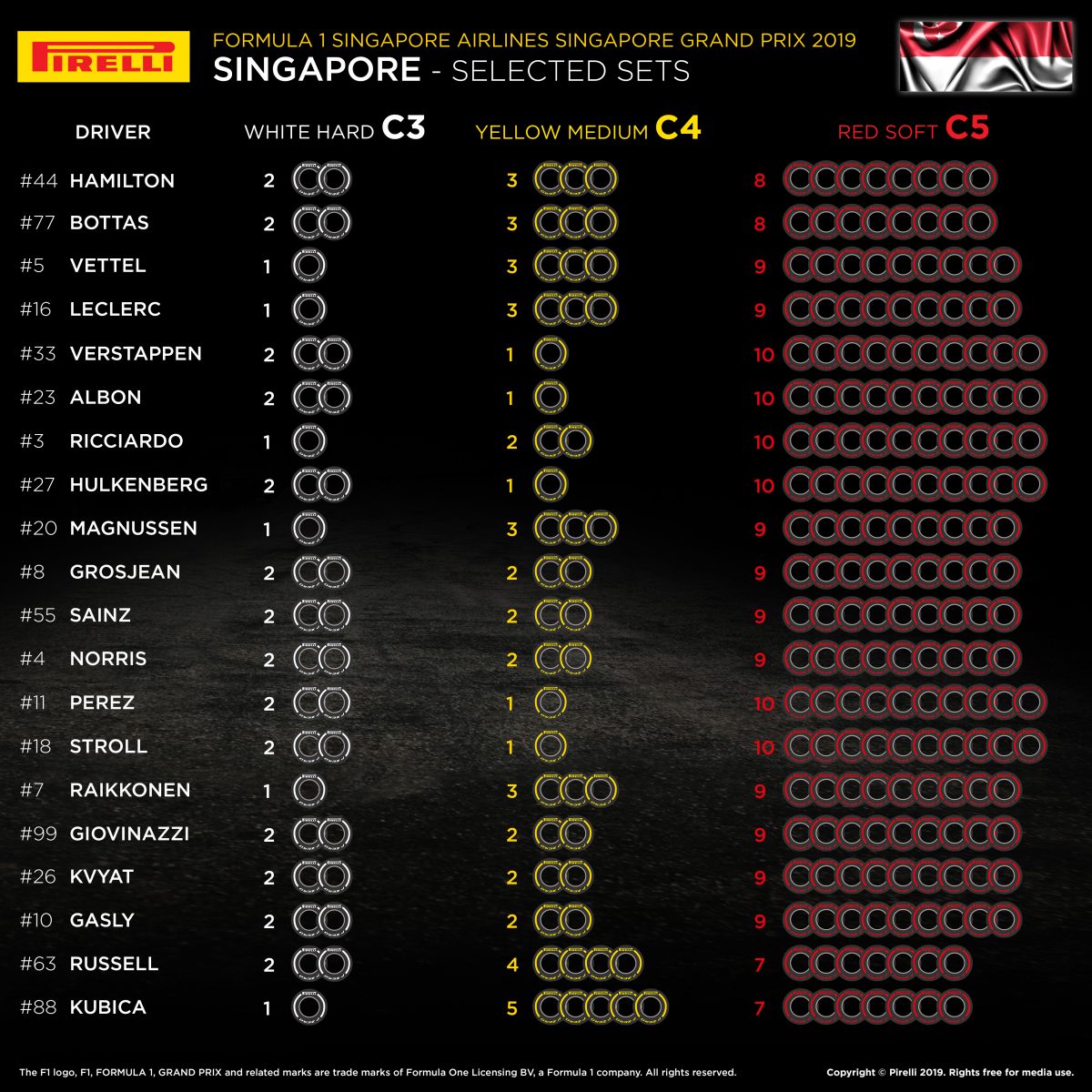 Scenes from the paddock: Monza