Toto Wolff was beaming with happiness and not a little relief after Lewis Hamilton led Valtteri Bottas to a Mercedes one-two in the Russian Grand Prix.

It had seemed an unlikely outcome 24 hours earlier when Ferrari looked to have the upper hand. But a dispute over team orders and a technical failure on Sebastian Vettel's car proved game-changers on Sunday.

But for Wolff, the victory was mostly proof of the hard work put in by every member of the Mercedes team in Sochi to overcome what had looked to be a dominant Ferrari threat.

"Over the whole weekend they have been better. We had a big job on our hands,” the Mercedes team principal acknowledged after Sunday's race.

"Today is one of those races that go to show the points are won on Sunday and not on Saturday, and that most of all you can never give up.

"We managed to take a one-two finish today even though we didn't have the quickest package," he said. "Lewis was relentless, keeping the pressure on and holding onto the Ferraris in the opening stint.

“It makes it so special," he added. "It's unbelievable because you start to doubt when you have the deficits, and you cling on to hopes like the safety car."

The possibility of a safety car was one reason why Mercedes chose to start the race on medium tyres while their rivals opted for the soft compound.

"We started on the medium tyre and one of the reasons we did that was to have the flexibility to stretch the opening stint," he said. "Both to take advantage of a possible safety car after Ferrari had pitted, but also to have the option of using the soft in the final stint.

"So we were running it long, hanging it out there a bit and then the race came right towards us with the virtual safety car for Vettel's failure." 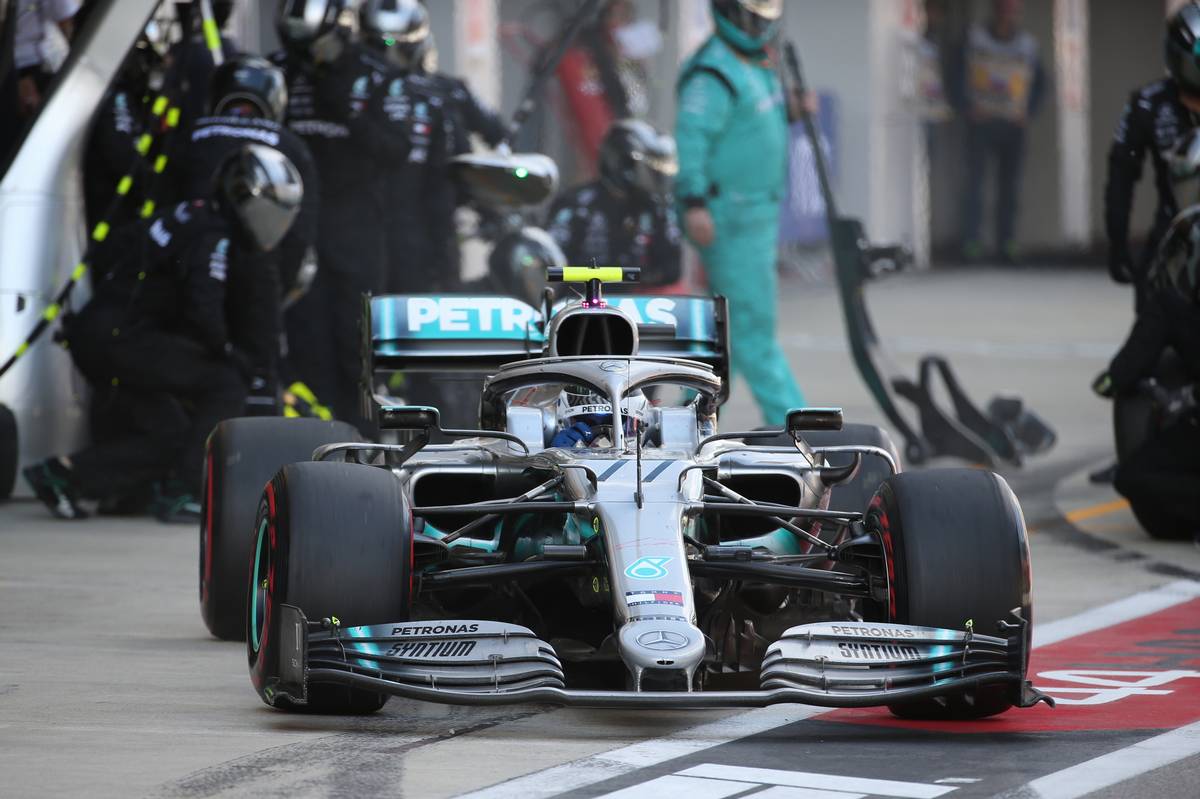 Early race leader Sebastian Vettel suffered a power unit issue midway through the race just minutes after making his pit stop. The ensuing VSC helped Hamilton get the jump on Charles Leclerc in the second Ferrari to claim the race win.

Leclerc dropped to third place behind Bottas following a subsequent full safety car. Wolff pointed out the major role that the Finn had played in achieving today's success.

"He was a big part of us winning," he stated. "He knows his way around this track with a Ferrari breathing down his neck, and he didn't put a foot wrong this afternoon even with huge pressure from Leclerc.

“If Charles would have got through, the win would have been at risk. Valtteri drove brilliantly."

Bottas said he was happy for the team, even though he would have preferred to be the one coming out on top at the end of the race.

"It's been a while since we last had a one-two and it feels really good to stand up there on the podium together again," he said. "It's really encouraging and motivating for the entire team.

"We knew a one-two would be tricky to achieve, but possible, so we spoke about all the different strategies that would give us a chance this morning. and I think we did a really good job as a team today.

"It's a really good result if you think about how much we were struggling yesterday," he said. "We know that we need to keep pushing for Japan, but I'm looking forward to the challenge." 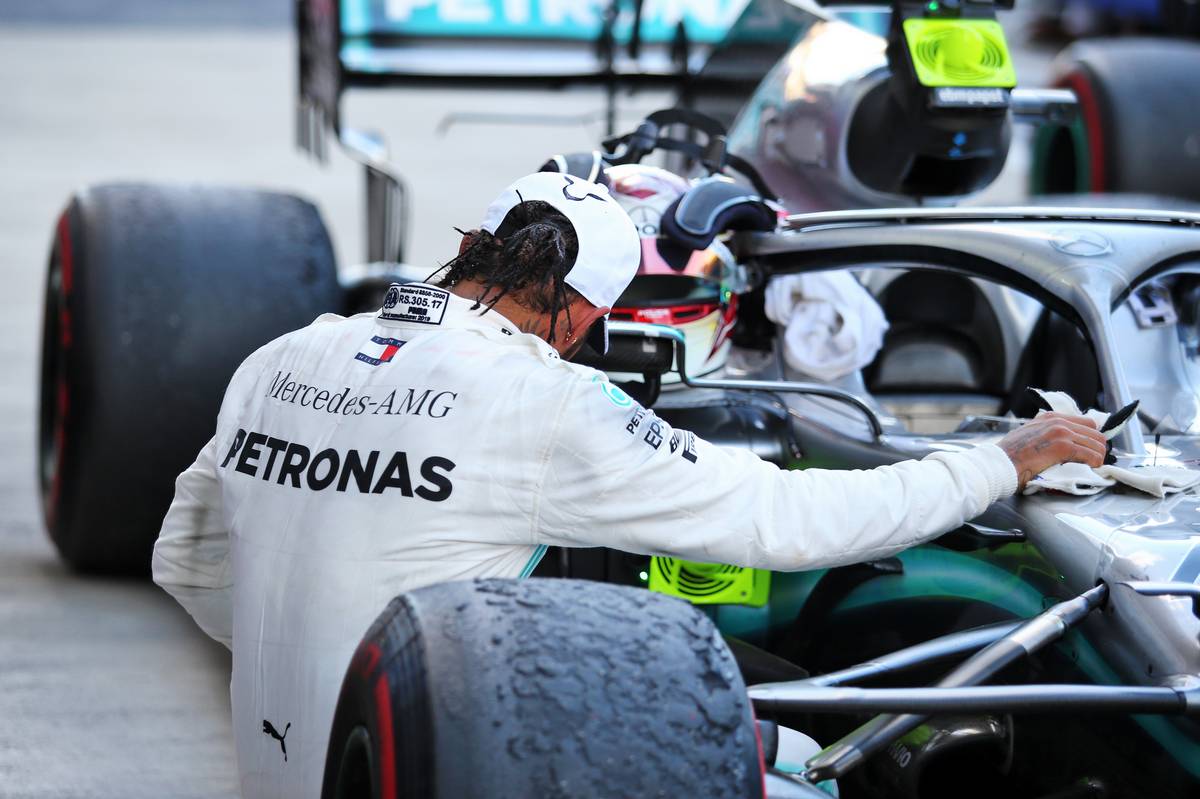 Wolff acknowledged that the one-two victory in Sochi with just five races remaining in 2019 gives both Hamilton and Mercedes almost unassailable leads in the driver and constructor championships respectively.

“We're just overwhelmed, it's such an important step towards the championship," he said. "But even in the joy of this win, we must not lose sight of the fact that we didn't have the best package here this weekend.

"We have some updates to come in Suzuka," he revealed. "But most of all we need to put our heads together over the coming days and understand how to maximise our package in Japan, so that we extract every bit of potential from it and come back stronger."

Bulls Verstappen and Albon 'maximized it' at Sochi

Sainz: Not worth fighting Albon with 'fast' Perez behind