Kubica was ordered to box shortly after the race had reached its mid-way point, when the Polish driver was running last.

The team's senior race engineer Dave Robson later said that the car had been retired in order to "conserve parts ahead of the intense flyaway races which end the season".

Kubica was unimpressed with the decision, claiming he had endured "the worst race weekend of his career".

But the Pole's sponsor, which contributes a healthy budget to the team, was even more unhappy with Williams' initiative and threatened legal action against the British outfit.

"In connection with the retirement of Robert Kubica from Sunday's Russian Grand Prix Sunday race, we have officially requested a clarification from ROKiT Williams Racing. Based on this, we will be taking legal action to enforce the contractual obligations."

Last month, Kubica announced that he would be leaving Williams at the end of the season, but the 34-year-old has been in talks with Haas about a potential simulator role with the US outfit which could include Orlen's presence on the team's cars in 2020.

Abiteboul: McLaren had 'no interest' in extending Renault relationship 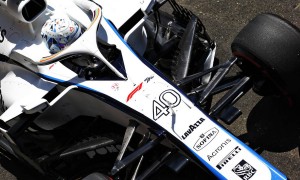