FIA race director Michael Masi says that he's not concerned by Ferrari's use of team orders and pre-planned strategy in recent races.

Team orders have long been controversial in the sport and unpopular with fans, but a short-lived attempt to make them illegal proved unsuccessful.

The sporting regulations were changed in 2002 to ban any "team orders that could influence the outcome of a race."

But this led to thinly veiled messages over the team radio, including Ferrari's infamous "Fernando is faster than you" directive to Felipe Massa in the 2010 German Grand Prix.

The FIA subsequently dropped the ban at the end of the season, conceding that it was unenforceable and not working.

Masi said that recent events in 2019 did not make him inclined to revisit the matter, adding that it was a fair and accurate reflection of Formula 1 as a team sport rather than individuals.

“I think it’s part of the team sport that we’re in,” he told RaceFans.net last week in Sochi.

“I don’t know that I can talk from an FIA level of what the broad FIA policy is on it because it’s never been a discussion," he admitted.

“But at the end of the day team orders have been a part of the sport for a long time as far as I can recall."

"I don’t know that I can say yay or nay," he added when asked if there would be a review on the topic. "It’s not something that I’ve got a view on.”

Sochi was one of the most overt recent uses of team orders and pre-planned race strategy, when polesitter Charles Leclerc gave team mate Sebastian Vettel a tow down the first straight.

That enabled Vettel to take the lead, but with the understanding that he would give the position back once they had pulled out a lead over their Mercedes rivals.

Vettel proved reluctant to obey the team's instructions to let Leclerc catch up and pass him, and so the team pulled off the swap through the timing of their pit stops instead.

Vettel subsequently retired from the race with a technical failure, making the matter irrelevant. The timing of the ensuing virtual safety car then allowed Lewis Hamilton to take the win and eventual victory. 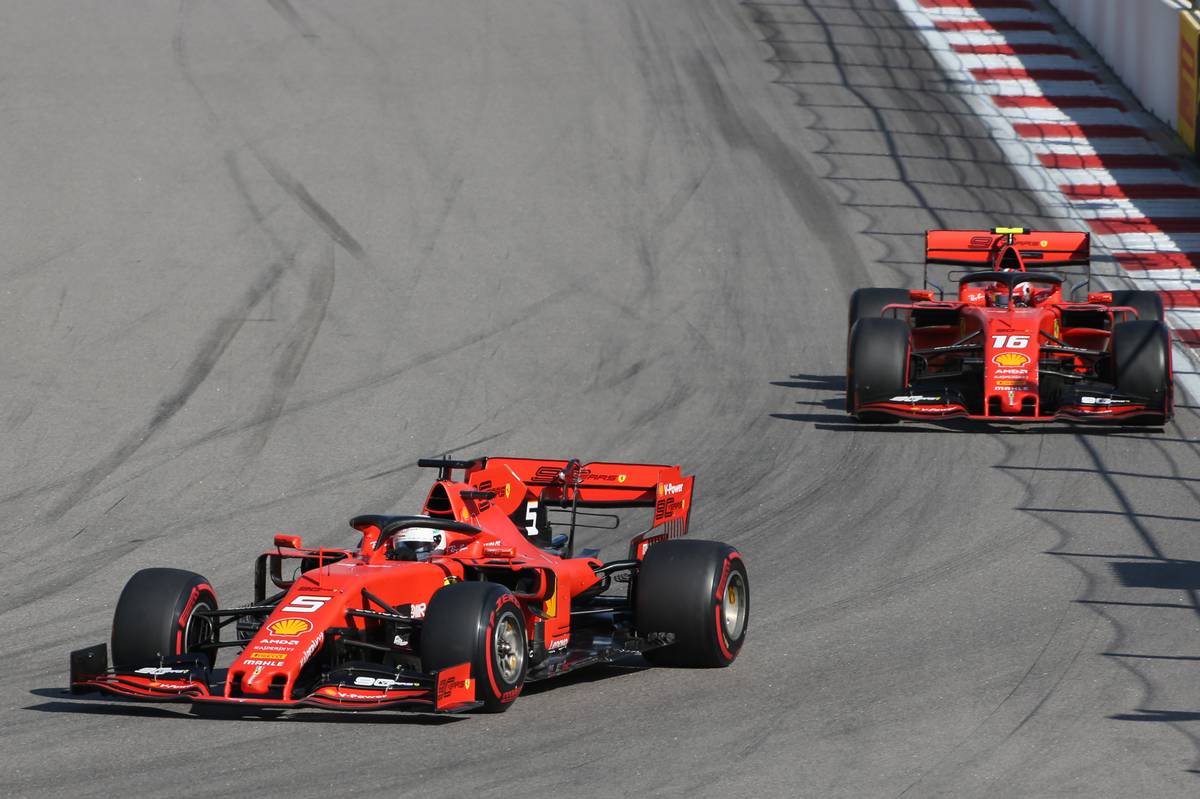 Former F1 driver Jolyon Palmer said that Ferrari were guilty of "overcomplicating" their use of team orders in Russia.

"Ferrari went into the race in Sochi with a plan that they thought was the best way to guarantee a second one-two within a week," he wrote in his regular column for the BBC Sport website.

"But it was unnecessarily complicated, and fell down as a result of Vettel taking things into his own hands.

"You have to question why Ferrari needed to make things so complicated," Palmer added. "In reality, passing Hamilton at the start was never likely to be hard for Vettel

"[The] Ferrari had softer, grippier tyres [and was on] the cleaner, grippier side of the track [with] an abundance of extra straight-line speed compared to the Mercedes.

"The problems started with not giving Leclerc the chance to then move to the inside and naturally defend his lead.

"That overcomplicated things in a bid to cover off all angles and made the situation unnecessarily awkward for Ferrari," he summarised.

Ferrari is not alone in its use of team orders this season.

Mercedes also resorted to them in Singapore, asking Valtteri Bottas to slow down and hold up the traffic to provide the time Lewis Hamilton needed to make his pit stop and finish in fourth place.

Kubica 'had to wait until Monza' for new steering wheel