Pirelli will bring a middle of the range C2-C3-C4 assortment of tyres to the Autodromo Hermanos Rodriguez.

Mercedes and Ferrari drivers will each have seven sets of the red soft rubber at their disposal for the weekend, while Valtteri Bottas has chosen four sets of the medium tyre, one less than his teammate and Scuderia rivals.

Red Bull has opted for a less conservative approach to its tyre selection, stocking up on nine sets of the red soft compound, a choice also shared by Renault, Haas and Williams' drivers. 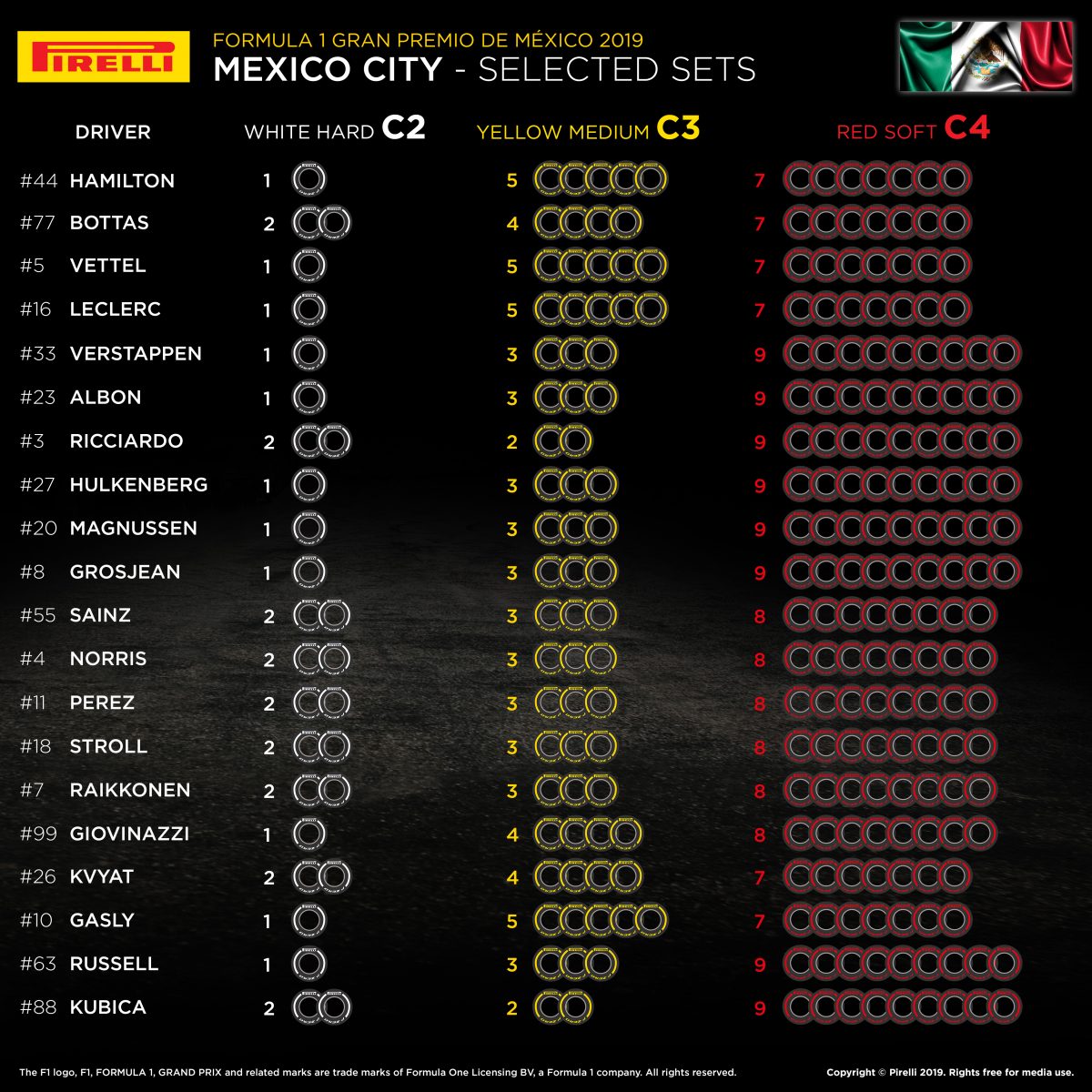