Mercedes principal Toto Wolff says that he won't give either one of his drivers preferential treatment over the other in the final four races of the season.

"The sixth one, beating the record that was set by Ferrari 15 years ago, is extremely special," Wolff said. "Each of the championships felt very special for different reasons.

"It has never been done before and that's why it feels great. It's F1, it's motor racing. Is it historic? I don't know. There are more important things out there but for us it feels great."

The latest race result also means that only Valtteri Bottas still has a mathematical chance of catching his team mate Lewis Hamilton for the drivers title.

Charles Leclerc, Max Verstappen and Sebastian Vettel are now too far behind in the points to catch up in the time remaining, meaning that the Silver Arrows are certain of 'doing the double' at the end of the year.

And while Hamilton's 64 point lead over Bottas makes him the clear favourite to retain the title, it's by no means certain who will finish on top between the pair.

With the team title in the bag, Wolff said that he won't intervene in the drivers' battle by favouring one over the other.

"We have to stay true to the values we have defined in the past and always played the most fair game," he told the BBC at Suzuka. 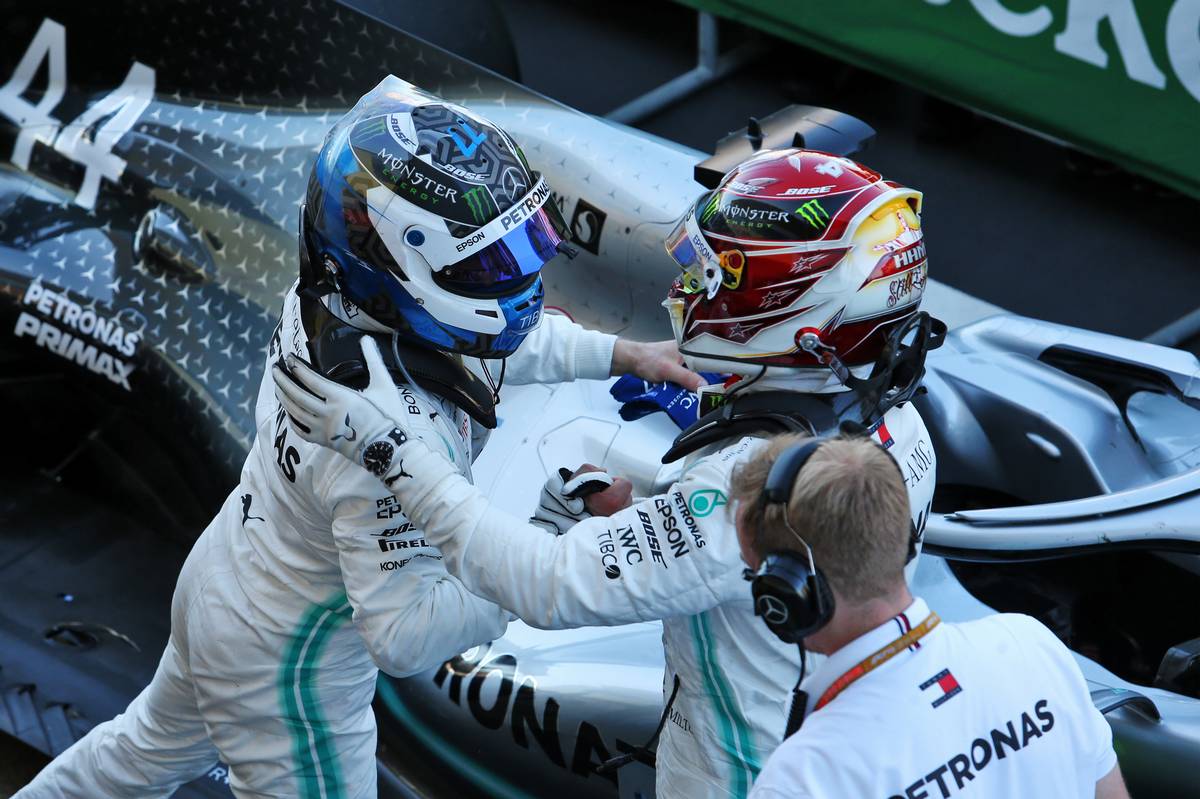 “We are certainly keen on seeing them racing [but] you can see how difficult it is sometimes.

“Valtteri is very much an outsider with the points," Wolff added "Two and a half wins out of four races."

Bottas has three wins to his name this season, including the most recent outing in Japan where a brilliant start off the line made him unassailable.

Hamilton had to settle for third place behind Vettel, and was unhappy with the team strategy to keep him out on worn tyres longer than he wanted.

But overall he has nine wins under his belt in 2019. He has only finished off the podium three times, with his worst result all season coming in Germany when he finished in ninth.

But Wolff said there was little to choose between the pair.

"We will give them equal opportunity and it is for them to race it out on track," he said.