Fourth place on the grid for the Mexican Grand Prix might not exactly be a career highlight for Lewis Hamilton, but the Mercedes drivers still sounded upbeat by how today's qualifying session had gone for him.

"I'm generally happy with today," he told Sky Sports' Craig Slater after the end of qualifying.

"It was just hard to keep up with the others, but we knew it would be difficult this weekend coming here.

"I think that third place was possible," he said. "But that last sector, it all went to pot there [with the yellow flags]."

"I gave it everything - it wasn't enough for pole, but I think I got everything out of the car that I could.

"It puts us in a fighting position tomorrow, so I hope I can get a good start," he added.

Hamilton predicted that tyre strategy would be important on Sunday. Like the rest of the cars around him at the front of the grid, he'll be starting on the medium tyres. 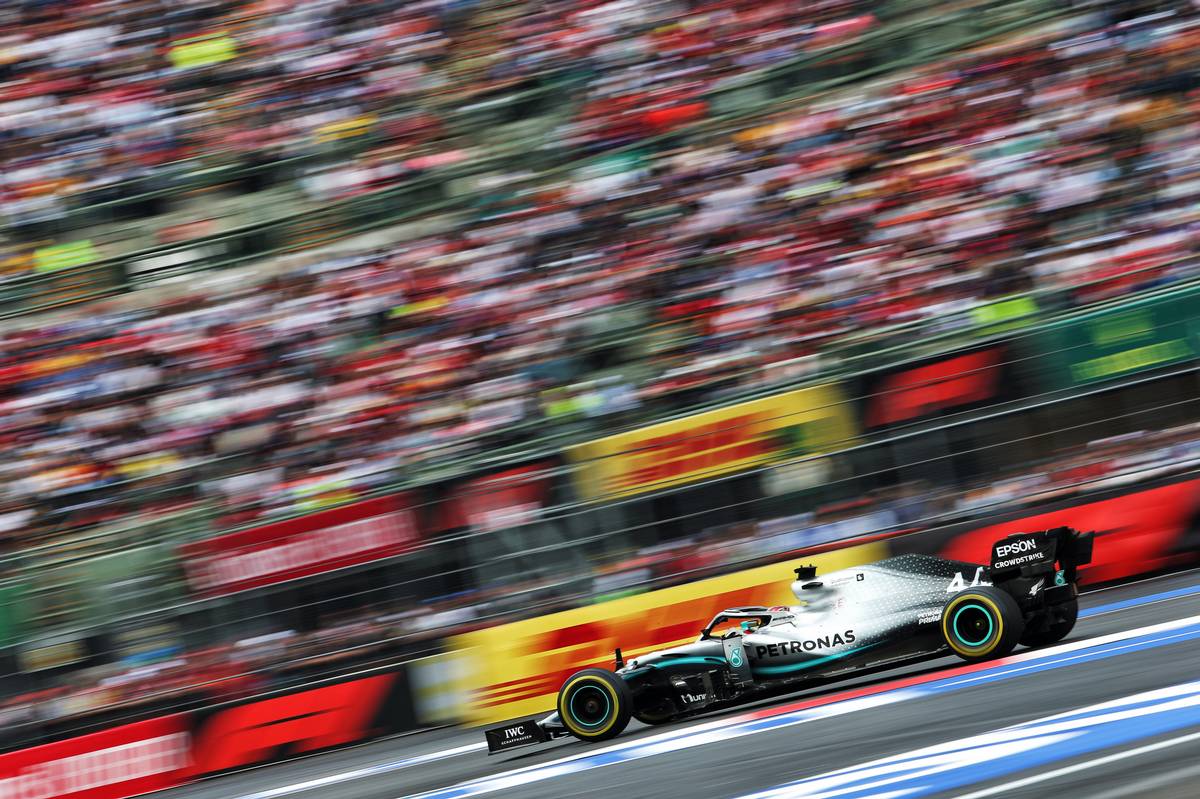 "There won't be a huge amount [of strategic variation]," he said. "The Red Bull is really quite quick on their long runs, so it will be interesting to see whose tyres can last longer.

"That will be the name of the game, who can look after their tyres for the distance and holding on to the top players, Ferrari and the Red Bulls.

"I'm looking forward to that fight!"

Hamilton stands a chance of securing his sixth world championship this weekend, providing that he finishes 14 points ahead of team mate Valtteri Bottas.

The Finn is the only driver still in with a mathematical chance of catching Hamilton in the drivers championship. But his chances of doing so took a heavy hit with a late accident in the final round of today's qualifying session.

The team confirmed that his car had been extensively damaged and would require significant work overnight. However, if the repairs breach parc ferme rules then he could find himself starting the race from pit lane instead.

Verstappen holds on for Mexico pole after Bottas crash