Max Verstappen clocked in fastest in the third and final practice session for the US Grand Prix, the Red Bull driver edging Ferrari's Sebastian Vettel, his closest rival, by 0.218s.

Lando Norris was a surprising visitor among the top three, the McLaren charger overhauling in the closing stages of the session Mercedes' Valtteri Bottas and Lewis Hamilton.

The main victim of FP3 was Charles Leclerc, the Scuderia charger's session coming to a premature end following a suspected engine issue that could signify a grid drop for the Monegasque.

Temperatures were on the rise on Saturday morning in Austin, reaching almost 19 degrees Celsius as drivers kickstarted the final dress rehearsal before this afternoon's qualifying shootout.

After a barrage of complaints on Friday about COTA's bumps and humps were sent the organisers way by the drivers, special crews undertook the task of grinding the track surface overnight at Turns 1 and 9, hopefully alleviating drivers' concerns.

Another source of worry among the runners was Turn 19 and the area's track limits that caught many drivers out yesterday, with a dozen laps subsequently deleted by the stewards.

Installation laps were in order during the first fifteen minutes of the session, but Haas' Romain Grosjean finally put a lap on the board. 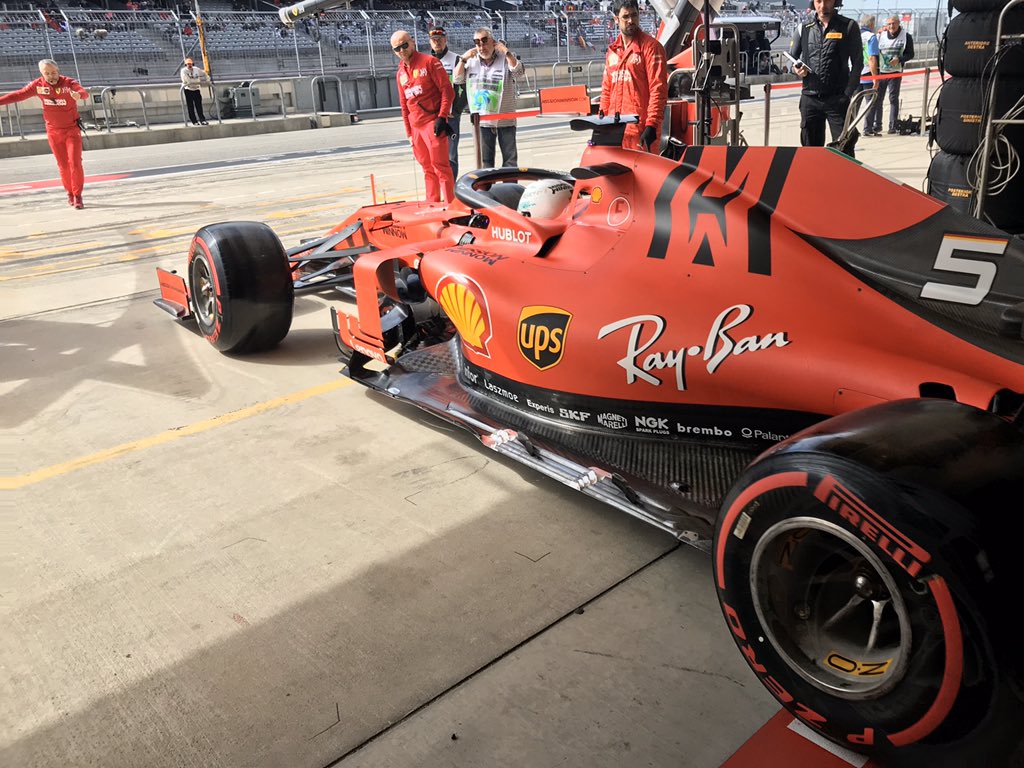 As drivers were preparing to get into the groove, Leclerc radioed in to signal an engine issue. The Ferrari driver pulled off the track and exited his SF90, his session ending prematurely.

The big question however was rather the Ferrari's engine had expired or merely shut off as a precautionary measure.

When the running resumed, Alfa's Kimi Raikkonen briefly went fastest, but Vettel - the soft tyre - jumped ahead with a 1m34.733s.

The German's advantage was short-lived however as Bottas, also on softs, shaved a few tenths off Vettel's best. Vettel responded however, beating the Finn by 0.117s to lower the benchmark to 1m34.41s, while Hamilton sat third.

Red Bull was a late starter in FP3 but in a handful of laps Max Verstappen was snapping at Vettel's heels, just 0.017s adrift from the Scuderia stalwart.

Vettel potentially went quicker but had his time deleted for exceeding track limits at, you guessed it, Turn 19. 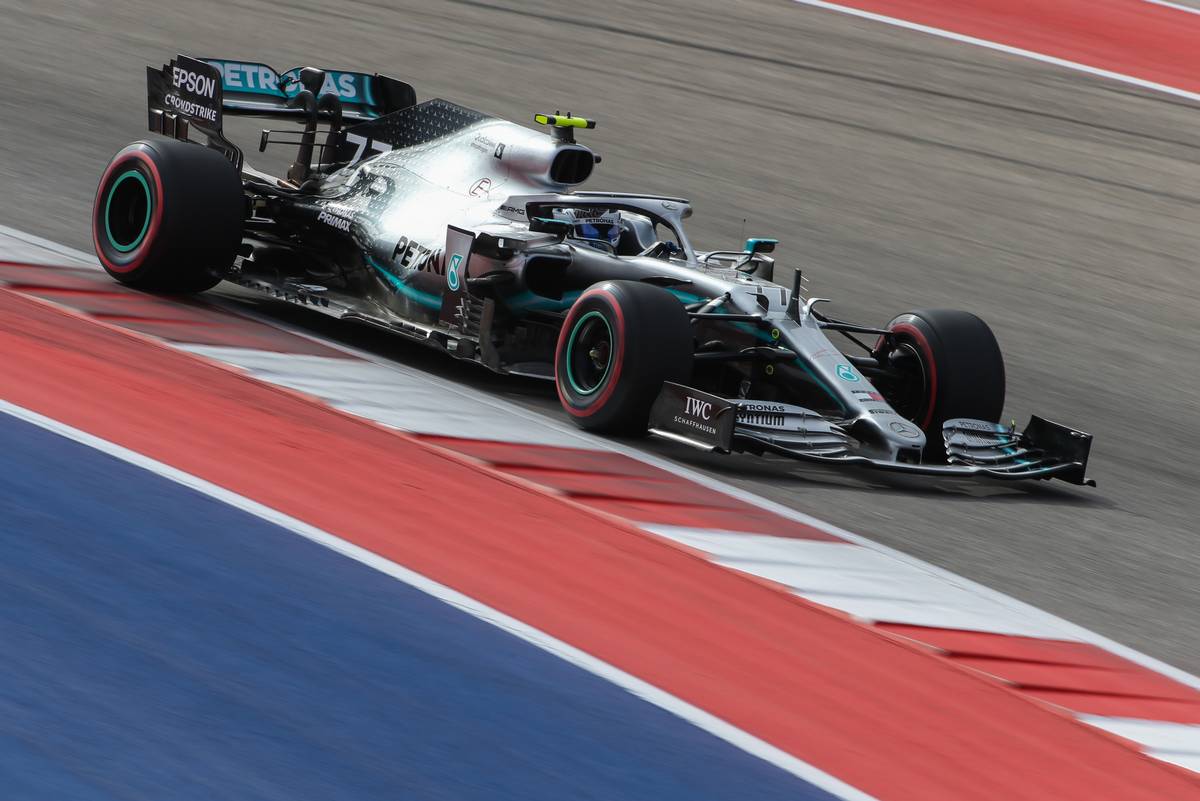 On a roll, the incisive Verstappen finally overhauled Vettel at the front thanks to a 1m34.186s, predictably achieved on the soft tyre.

With under 30 minutes remaining on the clock, Albon vaulted to fourth, separating the Silver arrows cars while Renault's Nico Hulkenberg sat 'best of the rest' in P6.

Bottas then upped the ante with a handy 1m33.904s that provided a 0.282s cushion over Verstappen.

Meanwhile, the activity in the Ferrari garage was ominous as crews were seen pulling the engine and gearbox off Leclerc's car. As a reminder, he's on the bubble for all his power unit elements, so any new component will inevitably lead to a grid drop.

As the session entered its final ten minutes, Vettel threw down the gauntlet, knocking Bottas off the top spot by 0.194s, while Verstappen also supplanted the Finn for second. 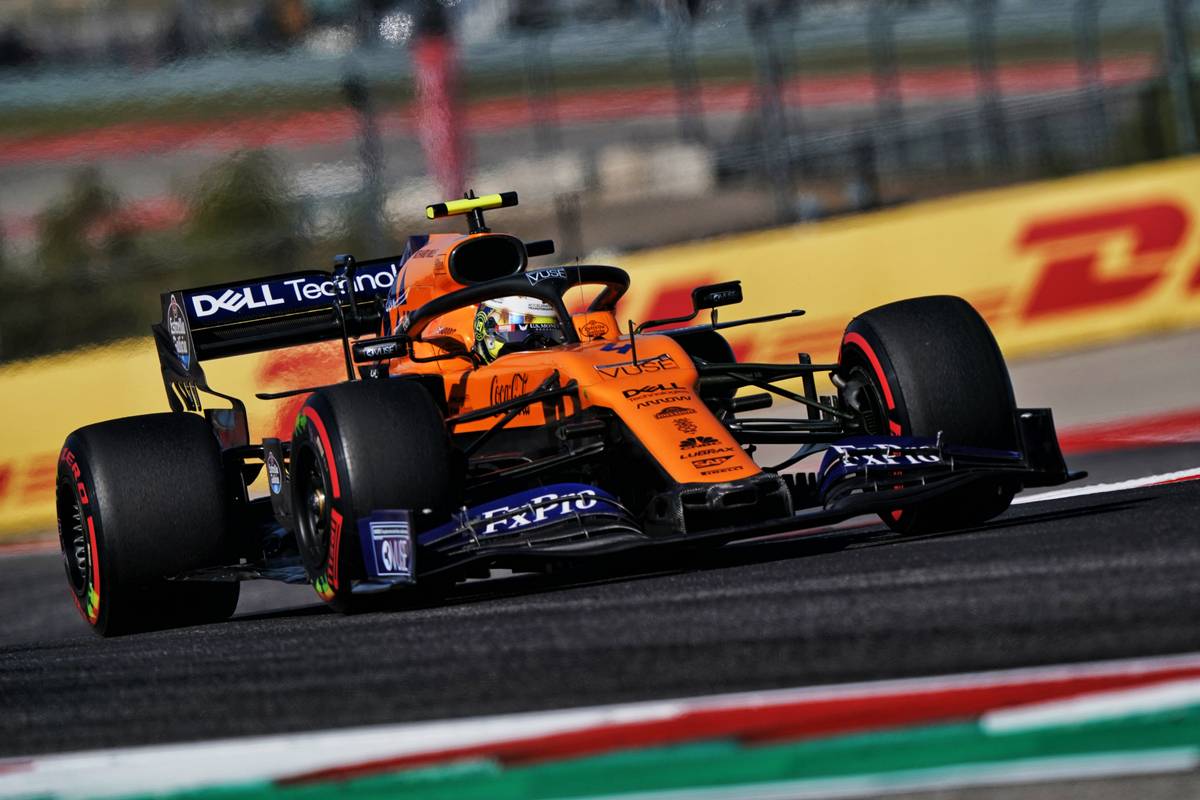 But an under-the-radar Lando Norris appeared out of nowhere to pop into the top ten and steal third from Bottas.

Verstappen upheld his momentum however and reclaimed what he believed was rightfully his.

The Dutchman this concluded FP3 at the helm, leading Vettel, Norris, Bottas, Albon and Hamilton, while the second half of the top ten consisted of Sainz, Raikkonen, Gasly and Ricciardo.