Williams has included Israeli racer Roy Nissany in its line-up for next week's post-season F1 tyre test at Yas Marina.

The 25-year-old rookie from Tel Aviv - who raced in the past in the European F3 championship and won several races the World Series Formula V8 3.5 - will enjoy his first F1 outing on Tuesday afternoon at Yas Marina and drive again on Wednesday morning, with the remaining half days split between Russell and Latifi.

"I am excited to drive for ROKiT Williams Racing in the 2019 Abu Dhabi Pirelli tyre test," said Nissany.

"It is great experience to build my on-track experience in a current Formula One car, and I hope that I can impress the team whilst doing so."

NIssany isn't the first driver from Israel to test in F1, with none other than… Chanoch Nissany, his father, completing four tests with Jordan and Minardi in 2004.

Nissany Sr. also took part at the ripe old age of 42 in an official F1 practice session with Minardi at the 2005 Hungarian Grand Prix.

Next week's two-day test in Abu Dhabi will provide teams with an opportunity to further evaluate Pirelli's 2020 tyres which teams sampled earlier this month in Austin.

Ferrari: Hamilton availability for 2021 'can only make us happy' 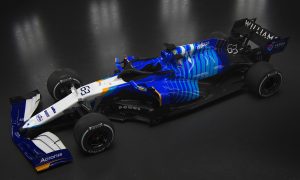