It's been an unusually long dry spell in Lewis Hamilton's normally bullet-proof record of picking up pole positions. But the six-time world champion used the final qualifying session of the season to put an emphatic end to that.

Hamilton's pole time of 1:34.779s was a new track record for the Yas Marina Circuit and gave him his fifth pole of the season. But it's his first since Germany back in July, resulting in a gap of nine races without taking the top spot in 2019.

The Mercedes driver admitted that it felt good to back back on pole again after such an unusually long gap without success on Saturday - and that it hadn't been easy to pull it off this weekend.

"It's been such a long slog trying to get this pole position," Hamilton told Paul di Resta after the end of the session.

"I'm glad that we're in this position. Of course, to end this qualifying season with a pole - which has been a while, as I think we've only had four earlier on this year - it's been a special car and this is the last time I get to qualify with so I'm glad I did it proud today.

"We just kept our heads down and just continued to try. The guys have been doing a great job around me - the other drivers - so it was really trying to focus on continuing to do my job.

Although Mercedes had topped both of Friday's practice sessions thanks to Valtteri bottas, Hamilton admitted that he hadn't been very happy with how things had gone.

"Yesterday was quite wobbly," he said. "I had to recompose myself last night, and come back today and refocus. I managed to really dial in the car with the great work of the engineers. 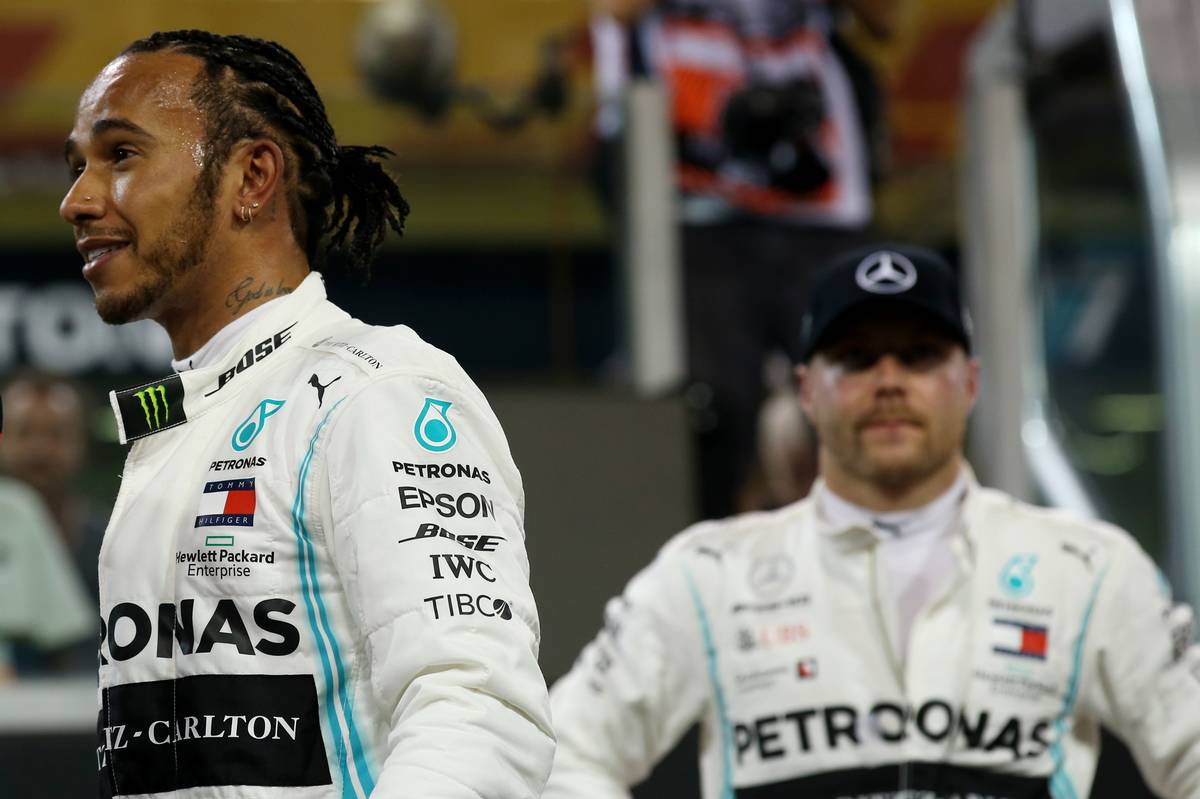 "We never give up, there’s always room to improve. There’s been a lot of growth in this whole year for so many people in the team," he said. "We're constantly looking for those small milliseconds."

Hamilton was especially delighted with the support he'd received from fans at the circuit along the way. "Every time I come here I seem to get a lot of love here in Abu Dhabi and there are a lot of Brits here, so a big thank you to everyone," he acknowledged.

Hamilton's final advantage in qualifying was a fairly comfortable 0.194s over his team mate, who revealed that he had been under the weather heading into the weekend.

"I'm feeling better already than a couple of days ago," Bottas said in the press conference after qualifying. "I've been quite ill this week since Monday night, so when I travelled here it got worse.

"But in the car it doesn't matter, you know - the adrenaline kicks in and you feel normal," he said, although he still looked and sounded distinctly poorly as he talked with the media.

Despite his heroic efforts in qualifying, Bottas won't be joining Hamilton on the front row tomorrow due to an engine change penalty demoting him to the back of the grid. 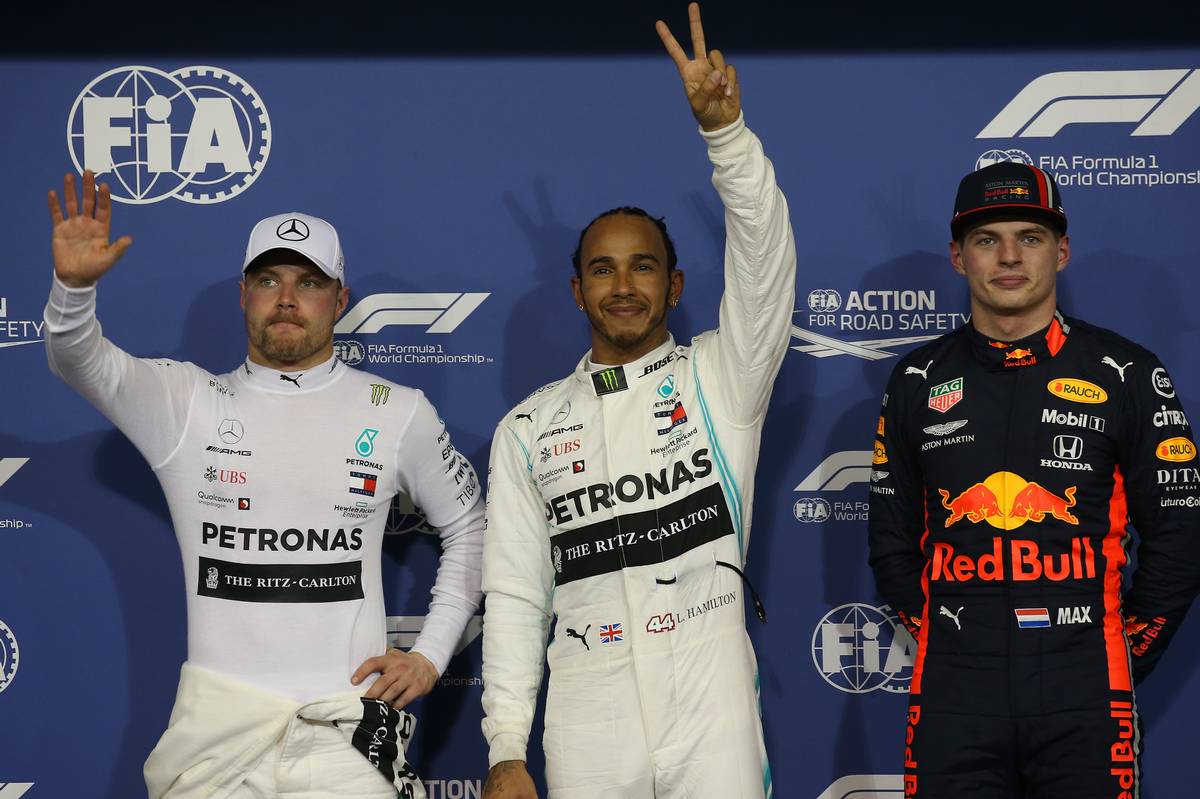 "As a team, it has been a really strong day. We've saw yesterday in practice that we had good pace," the Finn reported. "It didn't feel quite as good today as yesterday with my car, I struggled a bit with sliding. Nut I think Lewis made some good improvements

"In any case I'm going to start last," he sighed. "[But] we will find the fighting spirit tomorrow.

"I believe, anything is possible, we do have a very good car. Normally Sunday is stronger for us than Saturday, so we'll give it all we have.

"Anything's possible. I look forward to coming up and taking those opportunities and most importantly, having fun in the car."

Hamilton and Bottas top final qualifying of 2019 in Abu Dhabi