Three-time world champion Sir Jackie Stewart can't wait for Formula 1 to return to Zandvoort in 2020, one of the sport's most legendary venues.

Dutch Grand Prix promoters sealed a multi-year deal with Liberty Media earlier this year, and work is currently to bring Zandvoort's track and its infrastructure up to Grand Prix racing's standards.

A three-time winner in Holland's famous dunes in 60s and 70s, Stewart will naturally be present in the paddock come May 3 of next year.

"Fantastic, but it's going to be difficult to get to and from the track," said Stewart who fears traffic issues on race weekend.

"Even in my time that was difficult. All drivers stayed at the Palace Hotel in Zandvoort, so we walked to the circuit and had no problems with traffic.

"I don't know where we will spend the night, but I hope to be there."

Stewart, a brand ambassador for Heineken said the event will be an important one for the famous Dutch brewer.

"It's a beautiful company," said Stewart, quoted by Motorsport.com.

"I've known Freddy Heineken, the man who made Heineken a global player, for a long time.

"There was a 'Freddy Heineken bible' and it said they would never do anything in motorsport. So when we managed to convince them to get into Formula 1, it was a huge breakthrough.

"Nobody thought it was possible. But for both Formula 1 and Heineken, it has been a good

"Especially for Heineken, because they are active all over the world and no other sport operates as globally as Formula 1." 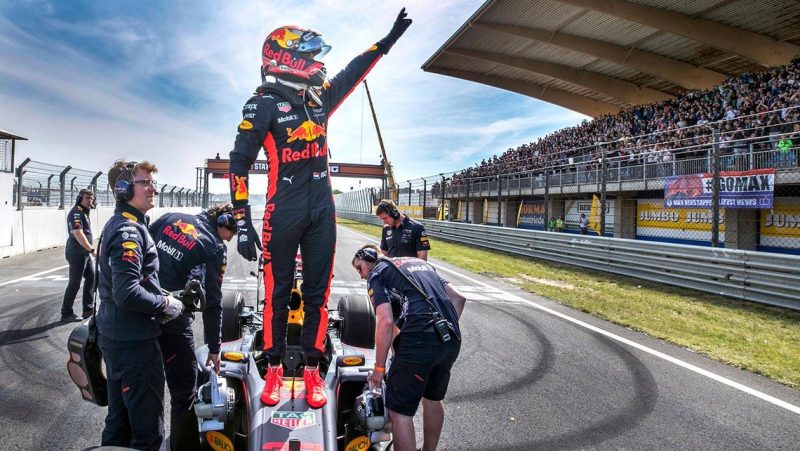 While Heineken will enjoy a big presence at the Dutch Grand Prix, one specific driver on the grid will also get the local fans' attention.

"What's his name again?" joked the great Scot who over time has become a fan of Max Verstappen.

"He's very good and drives more and more maturely as he gets older.

"He's making better decisions or less often decisions that can turn out wrong."

Montezemolo: Ferrari must sustain title fight 'to the end'