Max Verstappen, one of the biggest names in Formula 1 who had been due to be out of contract at the end of the current season and linked to openings at Ferrari and Mercedes, has announced a three-year extension to his current tenure at Red Bull Racing.

"Aston Martin Red Bull Racing is pleased to announce a contract extension with Max Verstappen to race with the team until the end of the 2023 season," a press release announced on Tuesday.

The 22-year-old Dutch driver made his F1 debut in Australia in 2015, racing with Toro Rosso. He was promoted to the senior Red Bull squad the following season, and won his first race with them in Spain.

Since then Verstappen had racked up a total of eight race victories, and this season claimed his maiden pole position in Hungary and followed it up with a second later in the year at Brazil.

Despite Red Bull being in the first year of its new engine partnership with Honda, Verstappen finished in third place in the drivers championship - the top non-Mercedes driver in the standings.

“It is fantastic news for the team to have extended our agreement with Max up-to and including the 2023 season," said Red Bull principal Christian Horner.

"Max has proven what an asset he is to the team, he truly believes in the partnership we have forged with our engine supplier Honda, and we are delighted to have extended our relationship with him."

The new deal means that Verstappen will lead the team through the introduction of new rules and regulations that come into effect in 2021 that have the potential to turn the F1 grid on its head.

"With the challenge of the 2021 regulation changes on the horizon continuity in as many areas as possible is key," commented Horner.

As for Verstappen, he was delighted to have secured his future in the sport and set himself up for a genuine shot at the F1 world championship. 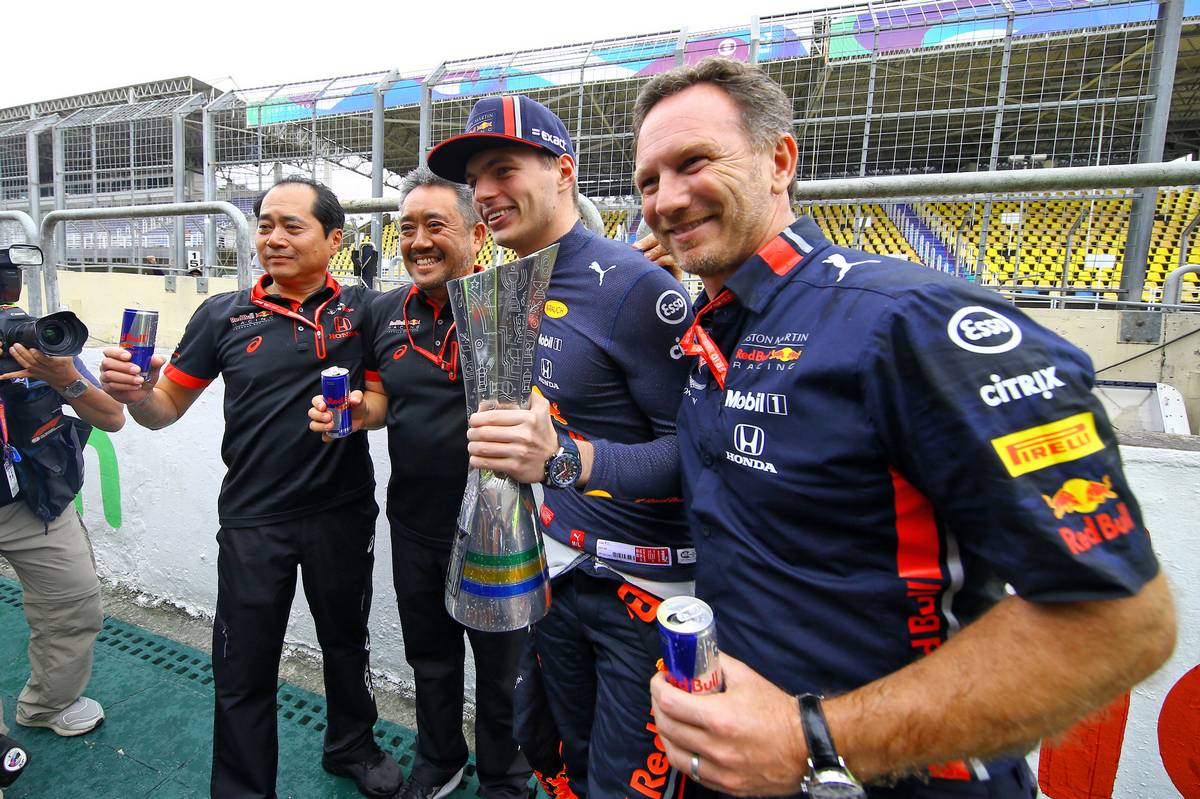 “I am really happy to have extended my partnership with the Team," he commented. "Red Bull believed in me and gave me the opportunity to start in Formula 1 which I have always been very grateful for.

"Over the years I have grown closer and closer with the team, and besides the passion from everyone and the on-track performance it is also really enjoyable to work with such a great group of people.

"Honda coming onboard and the progress we have made over the last 12 months gives me even more motivation and the belief that we can win together. I respect the way Red Bull and Honda work together and from all sides everyone is doing what they can to succeed.

"I want to win with Red Bull - and our goal is of course to fight for a world championship together!"

Alexander Albon will remain Verstappen's team mate in 2020, having moved into the second Red Bull seat over the summer in a like-for-like swap with Pierre Gasly who returned to the junior Toro Rosso team (now to be called Scuderia AlphaTauri) alongside Daniil Kvyat.