Chase Carey, the chief executive of The Formula One Group, declared himself satisfied with how the sport and its partners handled the cancellation of the Australian Grand Prix.

The opening round of the 2020 F1 world championship was called off at the last hour in Melbourne, as spectators were waiting at the gates of Albert Park.

The call came twelve hours after McLaren withdrew from the event due to a member of its staff testing positive for the coronavirus.

The papaya squad's decision immediately put a cloud of uncertainty over the race, inciting F1's remaining nine teams to cast a vote on whether to race or not, with only three teams ultimately willing to start their engines on Friday.

But F1, the FIA and the Australian Grand Prix Corporation only reached an agreement on Friday morning after an all-night meeting at a hotel in Melbourne.

Meanwhile, with no update forthcoming and contradictory information swirling around the paddock, fans who had traveled to Albert Park and we're patiently waiting for the gates to open were left in limbo by F1 and its complete mismanagement of the crisis in terms of communication.

But Carey at least appeared satisfied with how events had been tackled by the sport Down Under.

"I want to add our thoughts with those individuals that have been affected by this," said Carey at a press conference held in the aftermath of the race's cancellation.

"I also want to express our disappointment on behalf of the fans. This is the race we always look forward to, great fans here. We’re sorry not to have it, but it’s been a very fluid situation.

"I think we’ve made the right decisions. We worked well with our partners.

"I think we’re all disappointed to not have it. But these are challenging times and I think we’ve made the decisions we have to make." 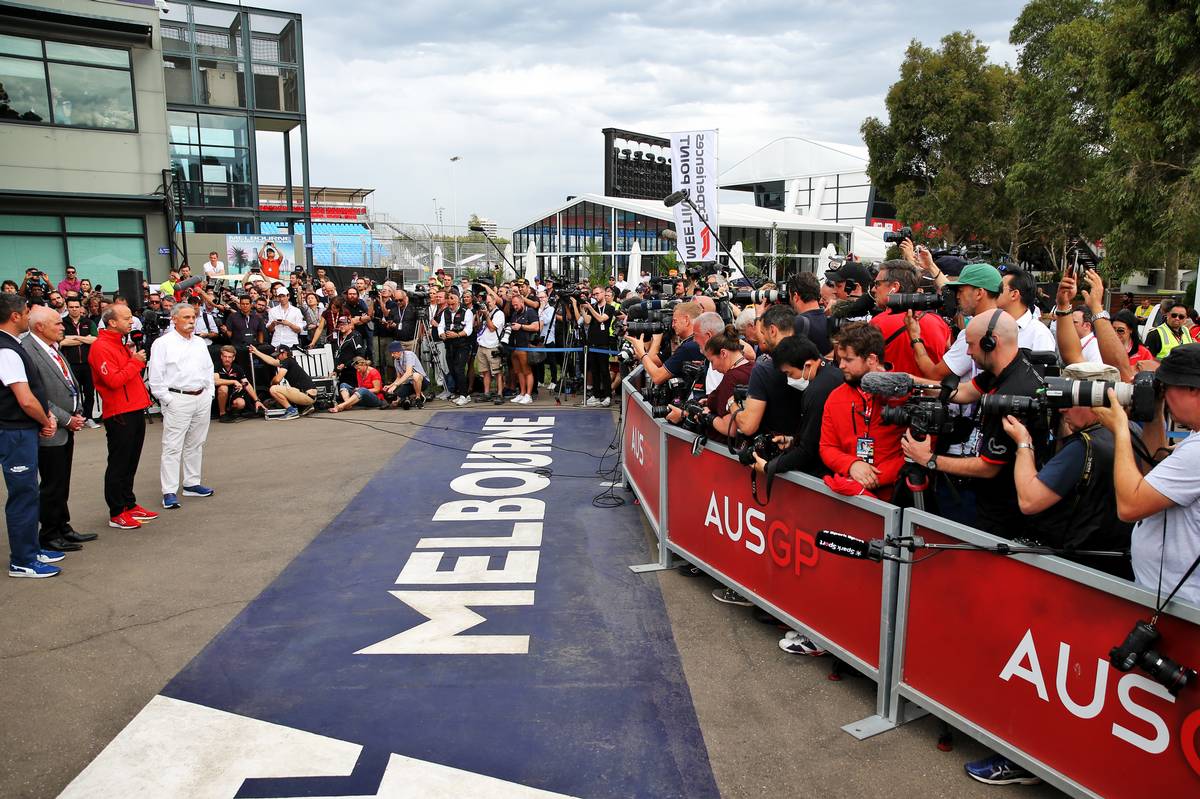 Carey actually wasn't present in Melbourne during the commotion sparked by McLaren's bold decision to withdraw, the American only arriving at Albert Park on Friday morning after travelling from Hanoi.

F1 will now focus on the fate of the upcoming Bahrain and Vietnam rounds, neither of which looks good given the coronavirus crisis which continues to build and the entry restrictions applied to both countries.

"I just came in from Vietnam, so we are in discussion with partners on upcoming races," Carey said. "At this point, our focus really is dealing with the issues this weekend.

"What we really want to do is make sure we deal with the issues here, deal with them properly," he continued. "In the coming days, clearly, we will be addressing the events yet to come.

It’s a pretty difficult situation to really predict. Everybody uses the word fluid, it is obviously a fluid situation.

"We're a global sport," he added. "We're not just dealing with a single country issue, we're dealing with an array of complexities. But I think we have to continue to deal with those as the situation evolves.

"We just have to continue doing what we're doing, reaching out to everybody, every expert, we can around the world."

F1, the FIA and AGPC call off Australian GP… finally!