Former McLaren boss Ron Dennis says that Lewis Hamilton's sense of commitment and "necessity to sacrifice" stem from the guidance the team boss offered the six-time world champion in the early part of his career.

But Dennis - who has been out of the public light since leaving McLaren at the end of 2016 - was queried on Hamilton, a man the former McLaren boss discovered at the age of 13 and whose talent was nurtured from the junior ranks to Formula 1.

Upon winning his sixth title last November in Austin, Hamilton revealed that he had received a text from Dennis congratulating him on his feat, which compelled the Mercedes driver to publicly thank his former mentor for his unwavering support.

"I got a text from Ron and I just want to send my love and thank you for spotting me when I was 10 years old and believing in me," Hamilton told Sky Sports F1 at the time.

"Without Ron noticing me at the beginning, I probably wouldn't even be here." 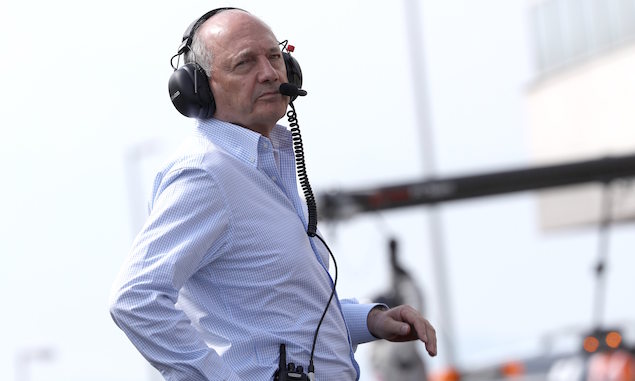 Asked this week by Slater about that message, Dennis offered his thoughts on Hamilton and on his own contribution to his former driver's success.

"Lewis has matured over the years - it's inevitable because it comes with age - but what I like about him is he doesn't forget," said the 72-year-old.

"Our relationship was very much positioned as surrogate father and son - and I don't think Anthony would have ever been uncomfortable with that - so it was just a time it was right to come of age.

"He has shown to the world that the expertise and commitment and the necessity to sacrifice, he demonstrates that so well.

"That's a sort of legacy of my guidance and support for him in the early parts of his career."