Mercedes' Stoffel Vandoorne finally won his firs virtual Formula E race, the Belgian prevailing on the streets of Brooklyn in New York and taking the lead in the championship from Mahindra's Pascal Wehrlein.

Vandoorne put himself in command of proceedings from the outset after BMW iAndretti's Maximilian Guenther was spun around by Porsche's Neel Jani at the start, a clash which delayed the remainder of the field.

Vandoorne maintained a comfortable margin to clinch his maiden win the Race at Home Challenge after three consecutive second place finishes in the previous events.

Wehrlein secured the runner-up spot, some 18 seconds adrift from his Mercedes rival, but the result wasn't good enough for the German to preserve his lead in the championship which he ceded to Vandoorne.

The Mahindra driver came out on top of a fierce three-way between Werlein, Jani and Oliver Rowland. Last weekend's Berlin winner was in contention for second until he was tagged by Jani on the ultimate lap. 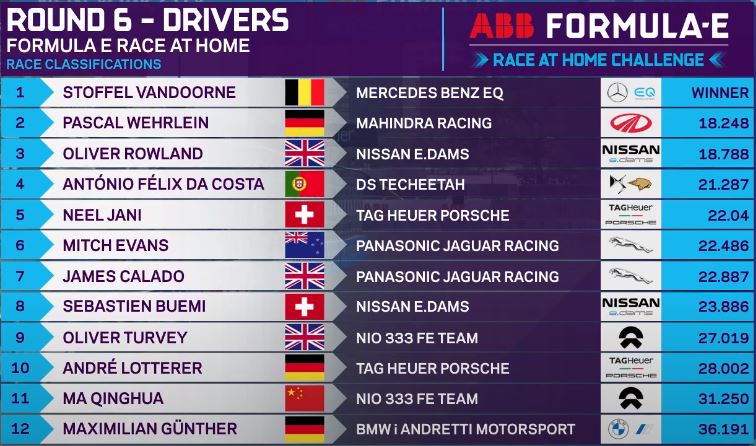 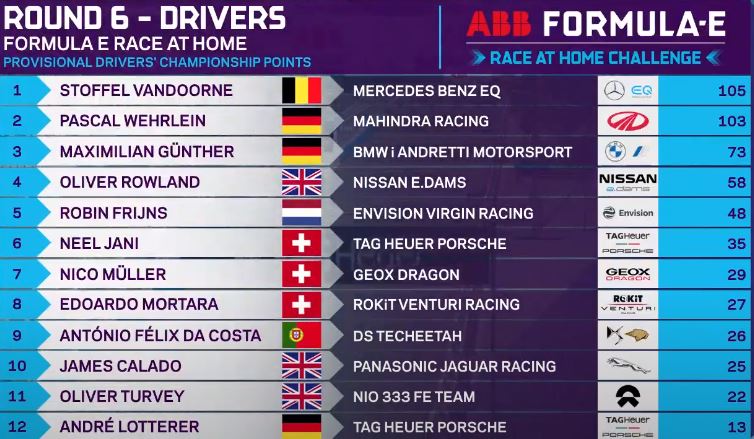 Norris: Verstappen 'the guy to ask' for tips on Ricciardo