Lewis Hamilton completed the top-6 but the Briton was far from satisfied with his session, with handling problems dodging the Mercedes drivers' efforts.

In the Renault camp, Daniel Ricciardo was sidelined early on after a heavy crash, while the session was another massive under-performance for Scuderia Ferrari.

Friday's second free practice kicked off with a different complexion given the dismal weather forecast for Saturday. With qualifying at risk of being washed out, and if running is restricted again on Sunday morning then the Styrian Grand Prix's grid will be defined by FP2.

So teams were set at the outset to manage the session accordingly, planning for potential contingency plans.

Ferrari's Charles Leclerc and AlphaTauri's Daniil Kvyat were the first names to top the time sheet but Racing Point's Perez recouped his morning spot as leader of the pack followed by teammate Lance Stroll.

But the action went silent a little after 15 minutes when Daniel Ricciardo planted his Renault firmly in the tyre wall after suffering a high speed off at Turn 9.

The Aussie stepped out unscathed from the crash but it was a big one that would require a thorough check-up at the track's medical center.

A replat show Ricciardo likely carrying too much speed into the corner, with the Renault's rear-end breaking away.

A red flag logically ensued that lasted 15 minutes before the session resumed. 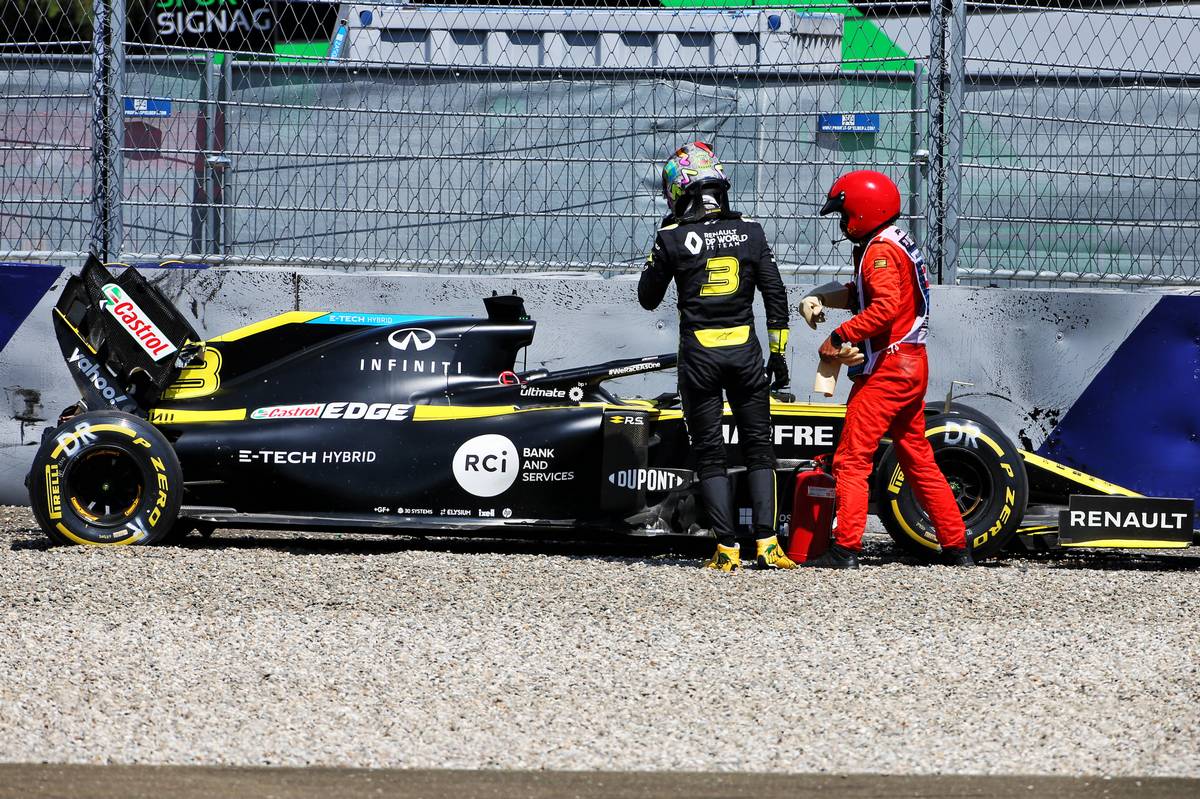 Hamilton, running on the medium tyre, immediately popped to the top with 1m05.088s, but the Briton's time was subsequently beaten by Bottas, Norris, Stroll and finally by the pace setting and soft-shod Perez who lowered the benchmark to 1m04.087s.

Alex Albon indulged in a spin at Turn 3 as the Red Bull charger attempted to up the pace, while Verstappen approached Perez's best time only to have his lap deleted for exceeding track limits.

The Dutchman made it stick however on his second try, installing himself in P2 behind Perez and in front Stroll, so it was a bit of Red Bull in a pink sandwich.

Esteban Ocon popped up on everyone's radar thanks to an effort that put the Renault driver temporarily fourth, while Bottas, now also on soft tyres, put a hold on second. But Perez remained out of reach of his rivals.

Meanwhile, Ferrari's duo remained relatively at a fair distance from the front-runners, although Leclerc made a brief excursion into the top ten.

Racing Point drivers' relentless runs on soft tyres implied that the team was banking on a qualifying wash out and putting all its effort into FP2, Perez and Stroll tagging on the laps on soft tyres and leading the charge. 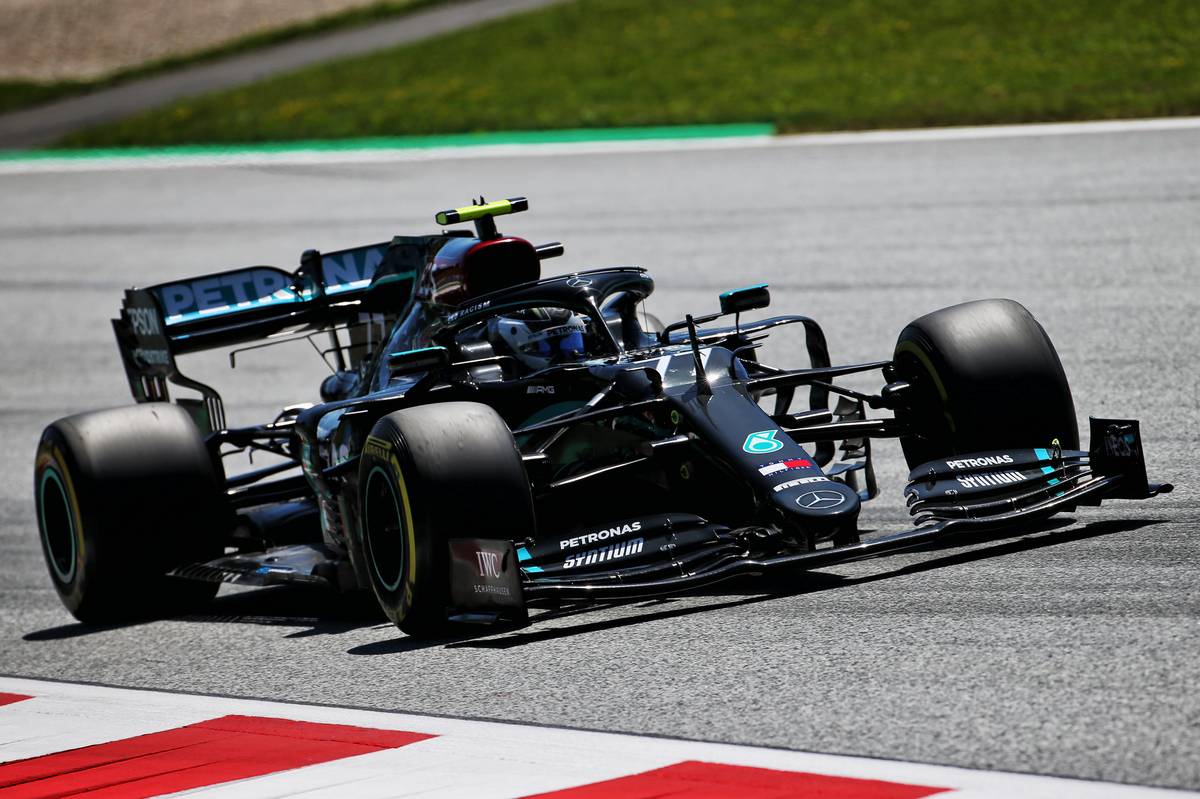 But the same could be said of Mercedes as Bottas leaped to the front with a 1m03.703s lap that eclipsed Perez by 0.174s.

However, on the other side of the Black Arrows garage, Hamilton could manage no better than P5 behind Bottas, Perez, Stroll and Sainz.

But a flyer by Verstappen on softs led to more changes at the front as the 22-year-old edged Bottas' best by 0.043s!

With 20 minutes to go, Hamilton was seen out of his car debriefing with his engineers; a sign that things were not going according to plan for the reigning world champion.

A spin by Albon at Turn 8 with 10 minutes left on the clock did nothing to improve the Red Bull driver's position in the pecking order, but the bulls satisfactorily concluded FP2 with Verstappen at the top of the time sheet. 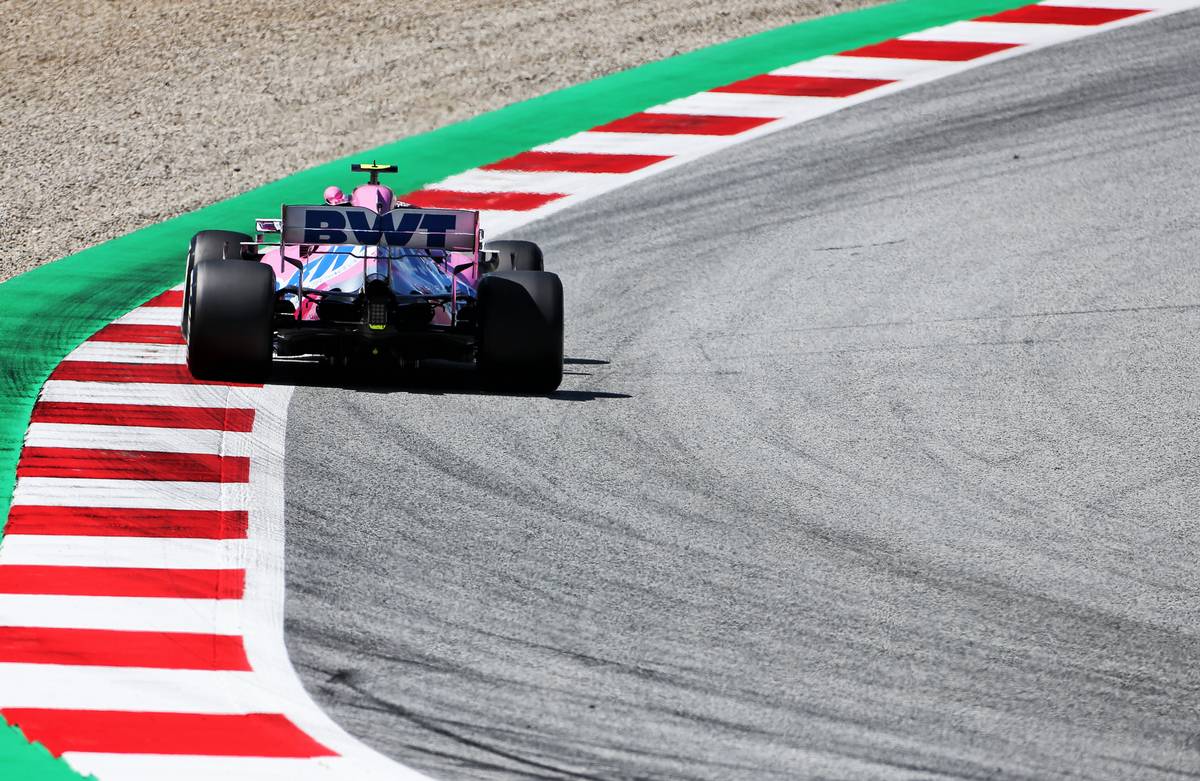 Positions behind remained unchanged in the final minutes of running, with Bottas, Perez, Stroll, Sainz and Hamilton completing the top six.

Albon, Norris, Leclerc and Ocon rounded off the top-10, with the Monegasque's position and Vettel's lowly P16 indicating the massive amount of work that still needs to be undertaken at the Scuderia.

But if FP2 ends up defining Sunday's grid, Ferrari's drivers will be facing a very long Sunday in the hills of Styria.