The Ferrari driver, who failed to make the Q3 cut, finished the rain-hit session P11.

But Leclerc was singled out for failing to return to the pits in Q1 following the deployment of a red flag brought about by Antonio Giovinazzi's stranded Alfa Romeo.

However, the stewards also frowned upon the Monegasque's apparent blocking during Q2 of AlphaTauri's Dany Kvyat through the sequence of Turns 9 and 10.

Kimi Raikkonen was also scheduled to visit the steward's office for failing to pull into the pitlane following the red flag activation.

Furthermore, Racing Point's Sergio Perez will be heard for failing to slow ina yellow flag zone around Turn 3 in Q1.

Hamilton surges to the top in rain-hit Styrian qualifying

'I had my heart in my mouth', Hamilton says of Styria pole 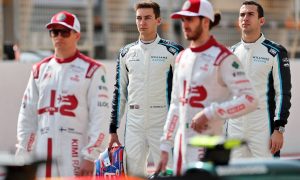