Mercedes' Lewis Hamilton ended up triumphant at the end of a frantic qualifying for the 2020 Styrian Grand Prix, but admitted that it was been a tricky and difficult session due to the heavy rain that hit the Red Bull Ring.

Hamilton topped all three rounds of qualifying, pipping Max Verstappen in Q1 and Q2 before opening up a whopping 1.216s advantage over the Red Bull driver and the rest of the field in the final pole-shootout round.

He had made it look easy, but Hamilton admitted afterwards that there had been some hair-raising moments out on track.

"What a tricky day the weather was obviously incredibly difficult out there for all of us," he told Paul di Resta in parc ferme after the end of the session. "[But] I love these days,"

"A lot of the time you can’t even see where you are going, and I had one big moment the lap before the last, a big aquaplane," he said. "I definitely had my heart in my mouth, but I was able to improve on the next lap, nice and clean.

Hamilton was certainly looking much stronger today than he had been on Friday, when Mercedes as a whole looked curiously off-colour and lacking pace.

“Yesterday was a difficult day," Hamilton acknowledged. "It started off well in FP1, and then FP2 there was a big issue for us.

"But we discovered it overnight, nothing major," he continued. “Today would have been better for us [even] if it had been dry." 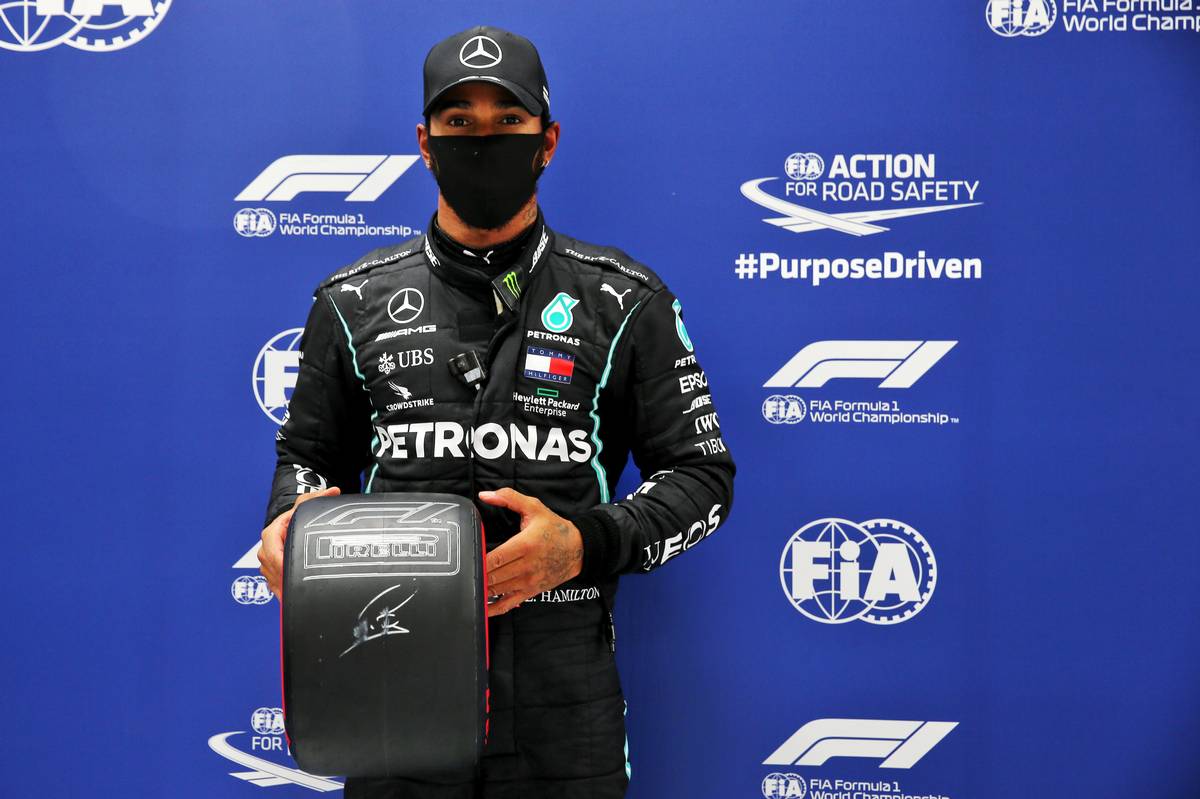 However Hamilton is one of the sport's best wet-weather drivers, as he proved again in the session that was delayed by 45 minutes due to track conditions caused by earlier torrential downpour.

"I am grateful for the rain like always," Hamilton said. "But I heard tomorrow is going to be a much more sunny day,. I think we are prepared for both conditions."

In the meantime, securing pole position was the target for Saturday, having lost out to Bottas a week ago at the same venue and then suffering a grid penalty. No such problem this week.

"That’s where I want to start, so I am glad it was a trouble-free session, I didn't make really any mistakes. That’s always a positive.”

However Bottas was less happy with ending up only in fourth place on the grid behind the McLaren of Carlos Sainz. 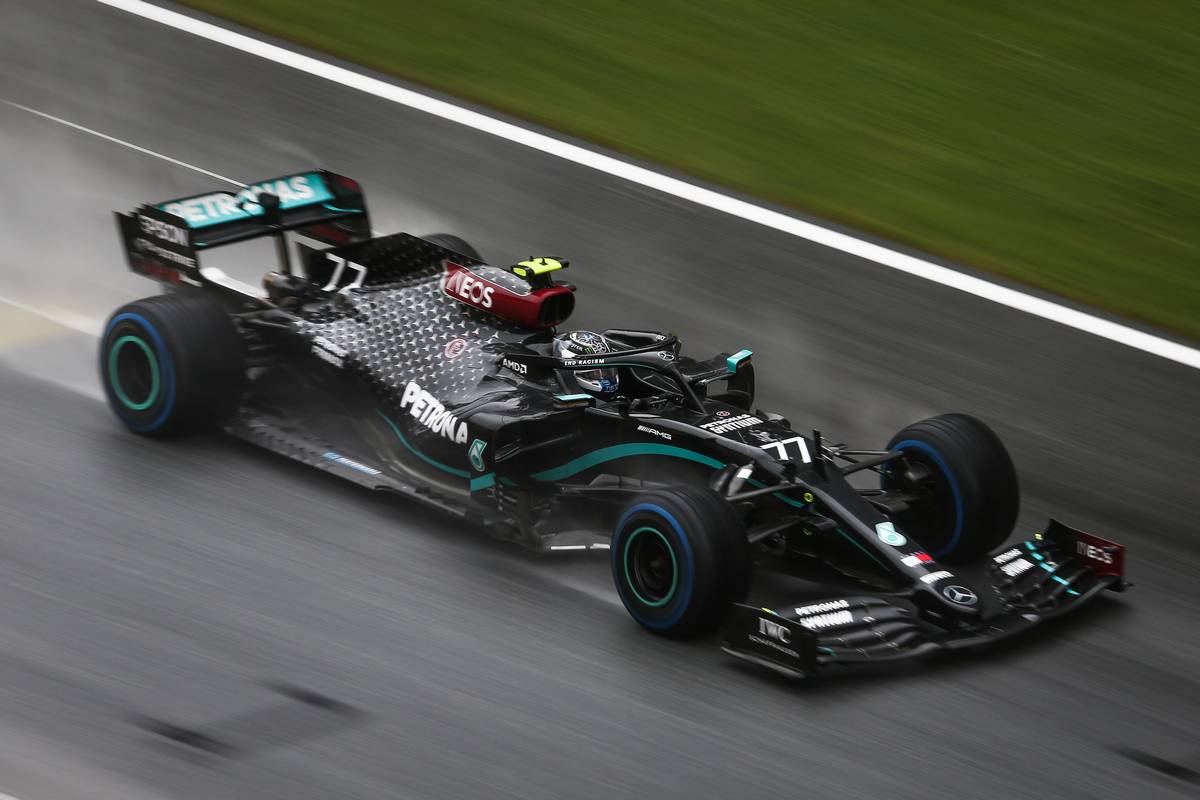 “It was not easy and I didn’t look to be fourth on the grid, but obviously the tricky conditions can bring different challenges,” the Finn told Sky Sports F1..

"For me personally I don't think I managed to build enough temperature in the tyres," he explained. "Part of the reason was my front right brake was glazing throughout the qualifying.

"I couldn’t really maximise the potential of the car under braking, which is really important for the confidence in the wet conditions.

"It made it quite tricky, and that's why for sure it’s disappointing," he sighed. However he felt it was unlikely to be a problem on Sunday, or that Mercedes would suffer a recurrence of the gremlins that impacted their race last week.

“I really hope so, it would be nice to go flat out," he said. “But it’s something we will find out tomorrow because we haven’t done a race distance obviously in practice.

"We know the car is quick, so looking forward [to it].”

Sainz credits team for shining in 'quite stressful' qualifying