Albon qualified seventh or 0.582s behind his teammate Max Verstappen who will line up alongside Lewis Hamilton on the front row of this afternoon's race.

But the British-Thai driver believes his best effort should have brought him much closer to the Dutchman.

"On my side that should have definitely been better," said Albon. "It was my mistake, I just went off on my last lap as the track was improving and getting quicker otherwise I think we could have been P3.

"I had a bit more margin that I knew of, and the thing is there's a river going to Turn 4, and I just locked the outside front wheel in the river and went wide.

"Basically the track was just changing so much it was incredible. When the track gets greasy, the tyre starts to overheat, and you lose traction.

"When the track was really wet, the traction improves, but then you get aquaplaning down the straights and you get a little bit of a disconnected car when you go across rivers and things like that.

"There was a period there where no one was improving. And that's just the way the track was. In Q3 it was really hard rain until the last two minutes.

"That’s where my mistake hurt me the most, because I locked up on the best lap, when the track was quick." 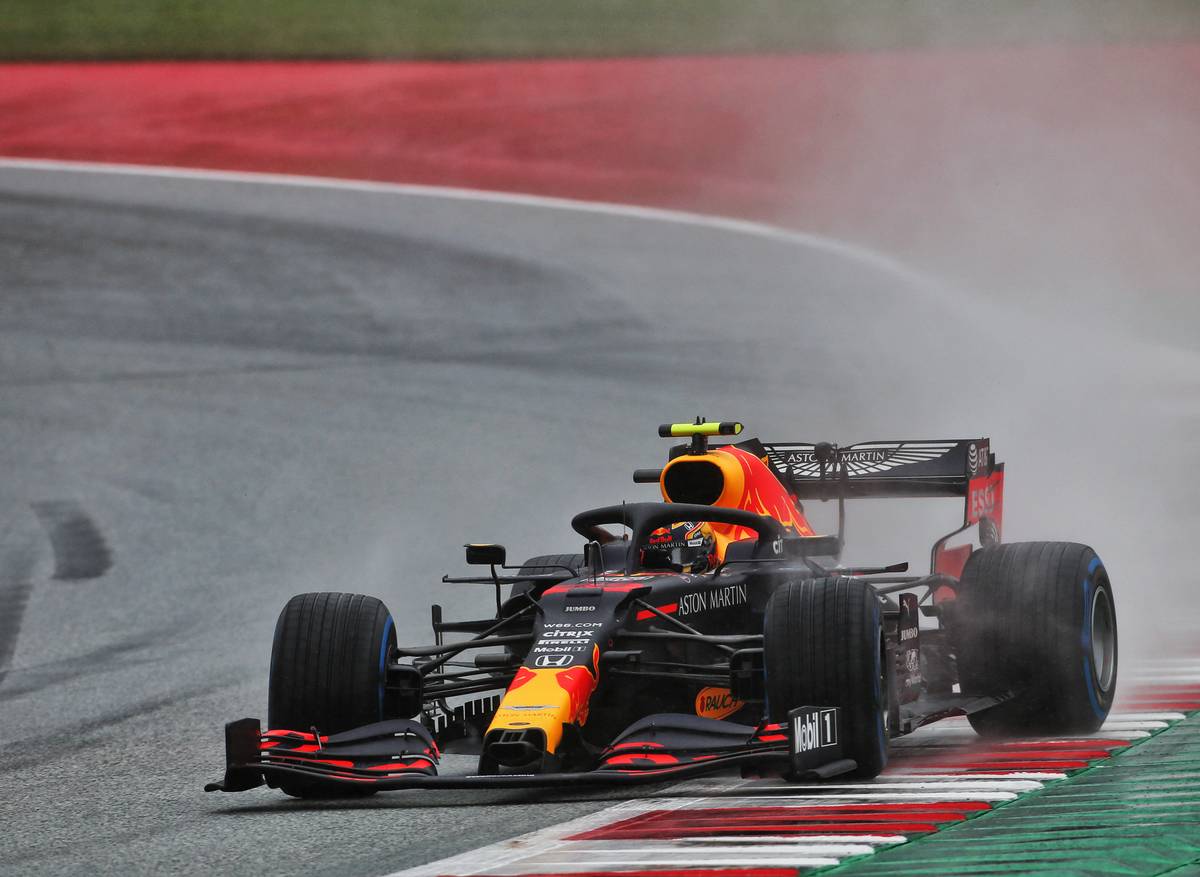 Albon reckoned the balance of his RB16 had improved over last weekend, despite both Red Bull drivers' decision to run the car's older-spec front wing.

"We just thought it was a bit better, to be honest, better suited to the track and I felt that the old front wing was a bit stronger this weekend," he added.

"I think the package this weekend's a bit better, but just struggling to maximise it.

"Rain does tend to highlight areas with wherever you're you feel a bit weaker than others it can make the car harder to drive, like the rear being a bit on edge in some places."

Binotto: Performance 'not good enough for a team named Ferrari'